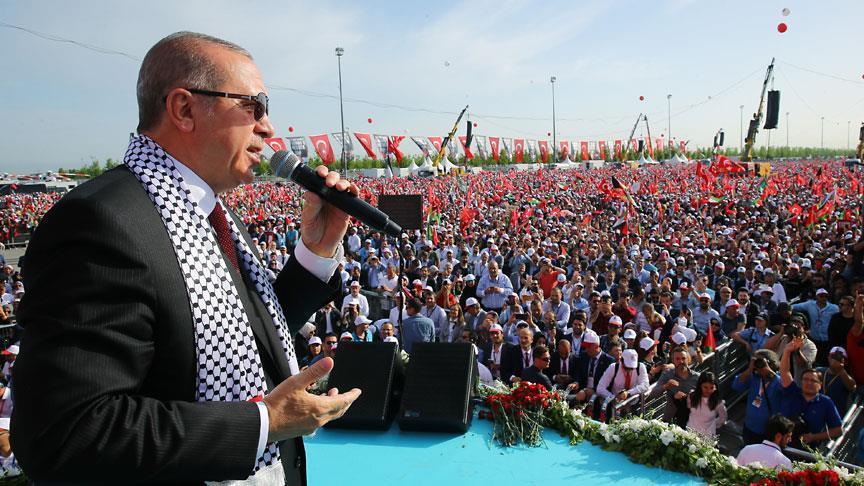 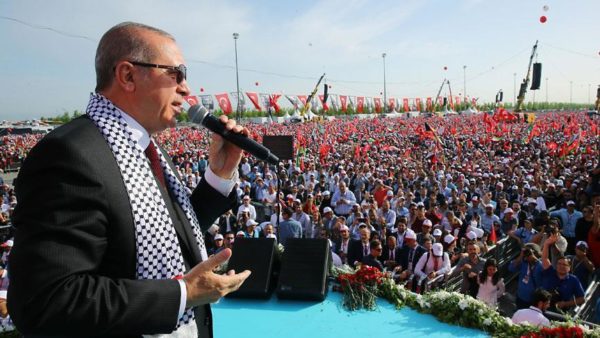 In light of Monday’s violence in the Gaza Strip during mass demonstrations held by Palestinians, Turkey has called an extraordinary meeting of the Organization of Islamic Cooperation (OIC) to condemn Israel.

During a special session of the 57-member OIC on Friday, Turkish President Recep Tayyip Erdogan, who is rotating president of the organization, accused the Jewish state of “thuggery, violence and state terror,” drawing parallels between Israel’s suppression of Palestinian protesters and Nazi persecution of the Jews.

“The children of those who were subjected to all sorts of torture in concentration camps during World War II are now attacking Palestinians with methods that would put Nazis to shame,” he told Muslim leaders.

The Turkish president also lambasted the United States for endorsing Israel’s “occupation and apartheid policies” by transferring the embassy from Tel Aviv to Jerusalem, which he considers a “harbinger of a new operation against the Muslim world.” Erdogan went on to say that Washington had “Palestinian blood on its hands.”

The OIC members denounced Israeli forces’ use of violence against Palestinian protesters as “savage crimes” that were perpetrated “with the backing of the US administration, including through shielding the Israeli occupation in the UN Security Council from accountability.”

A total of 60 Palestinians have been killed and more than 2,400 injured during the clashes with Israeli Defense Forces as the Great March of Return turned violent following the US Embassy’s relocation from Tel Aviv to Jerusalem.

In wake of the reported violence, Erdogan said that Ankara had decided to recall its ambassadors in Tel Aviv and Washington for consultations, having accused Israel of “state terror” and “genocide.” On Tuesday, Turkey expelled the Israeli ambassador, Eitan Naeh, who, according to the Ministry of Foreign Affairs, was subjected to a “humiliating” security check at Istanbul airport.

In retaliation, Israel asked the Turkish consul general in Jerusalem, Husnu Gurcan Turkoglu, who was tasked with establishing Ankara’s ties with the Palestinians, to leave the country “for a while.”

Erdogan and Israeli Prime Minister Benjamin Netanyahu exchanged accusations over the violence in the Gaza Strip, with the Turkish president calling his Israeli counterpart “the PM of an apartheid state,” who “has the blood of Palestinians on his hands.”

Netanyahu, in turn, slammed Erdogan for the “occupation of northern Cyprus” and “invading Syria.”

“A man who sends thousands of Turkish soldiers to hold the occupation of northern Cyprus and invades Syria will not preach to us when we defend ourselves from an attempt by Hamas. A man whose hands are stained with the blood of countless Kurdish citizens in Turkey and Syria is the last to preach to us about combat ethics,” Netanyahu tweeted.

Back in 2010, diplomatic relations between the two states were marred by an Israeli naval raid on the Turkish-owned Mavi Marmara aid ship attempting to breach the blockade of the Gaza Strip. In the incident, Israeli naval commandos killed nine Turkish activists that allegedly attacked them on board the ship.

Then-Prime Minister Erdogan sharply criticized the raid as a “bloody massacre” and “state terrorism,” demanding Tel Aviv apologize, pay compensation to the families of those deceased and lift the Gaza blockade.

In 2013, Netanyahu voiced regret over the deadly incident to Erdogan; in September 2016, Israel paid $20 million in compensation to the families of the victims as part of an agreement reached in August, which contributed to the improvement of bilateral relations after a six-year-long diplomatic crisis.