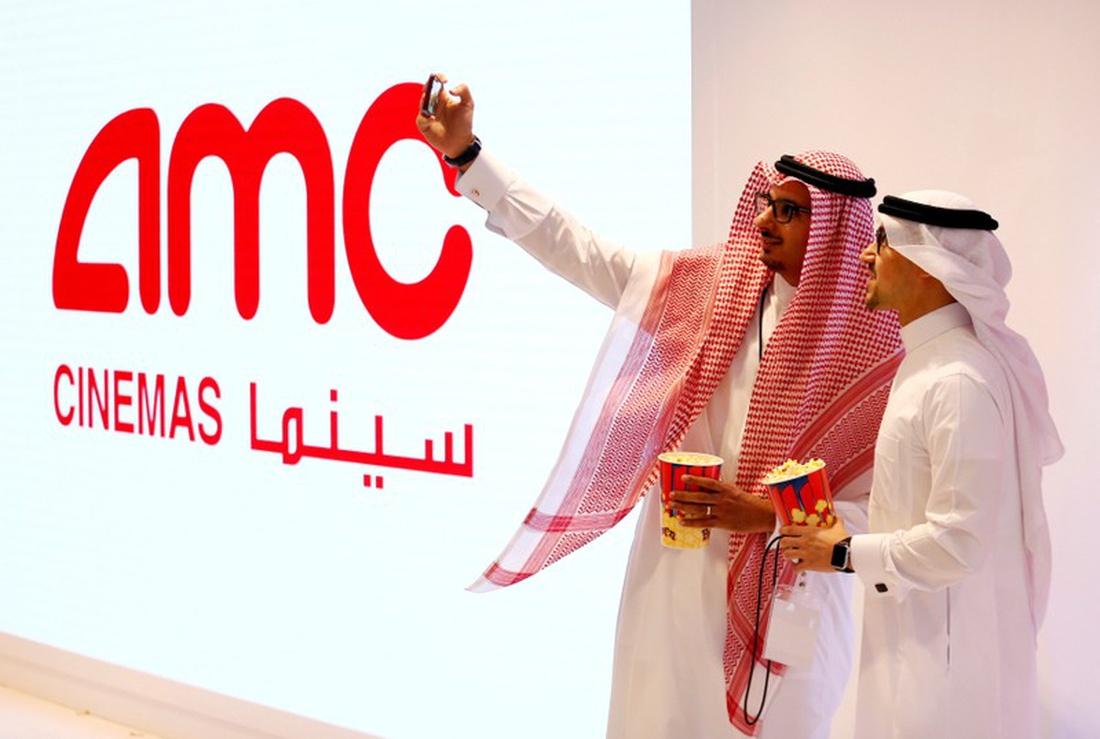 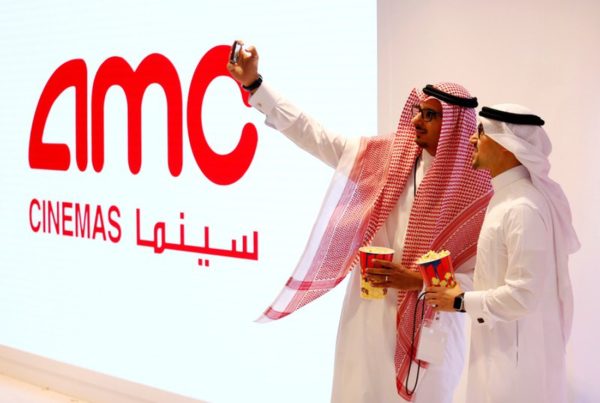 RIYADH, SAUDI ARABIA — Dozens of Saudi families flocked to the movies Friday for the first time in almost 40 years after the lifting of a ban on a form of entertainment once deemed corrupting and un-Islamic.

Tickets for the American superhero movie Black Panther went on sale online at midnight for 75 riyals ($20) and sold out within minutes. Excited cinemagoers posed for selfies in the foyer and stood in line for popcorn.

“It’s like a historical event that happened here,” said Mana, an usher at the movie theater in the King Abdullah Financial District, a new development in northern Riyadh.

Movie houses were closed in the early 1980s when they were deemed inconsistent with a strict interpretation of Islam. They are now returning through a drive by Crown Prince Mohammed bin Salman to open the country culturally and diversify its economy. He has eased other social restrictions, including on public concerts, driving by women, and gender mixing.

Before the main feature, the audience watched a short on the history of film, a clip from a U.S. television interview with Prince Mohammed, and an advertisement for Coca-Cola featuring women driving.

The choice of movie was not random. “It is the story of a young prince who transforms a great nation,” Adam Aron, chief executive of the theater operator AMC Entertainment Holding, said at a VIP screening on Wednesday. “That might sound familiar to a few of you.”

Two scenes of kissing appeared to have been cut from the Black Panther screening.

While many Saudis rejoiced at the end of the cinema ban, some called on people to avoid the movies, saying they remained haram, or forbidden.

“If Allah forbade it, and the ruler allowed it, whom do you follow? Remember that the punishment in the afterlife is more strict and permanent and that this world is ephemeral and temporary,” read a typical comment on Twitter.

Others complained about gender restrictions and the ticket price, posting the logo of streaming service Netflix as a more affordable option.

There has been little apparent domestic resistance to the social changes that seemed unthinkable just a few years ago, though the space for criticism is severely limited. Protests and political parties are banned and the media is controlled. The powers of the religious police that once patrolled the streets were curbed in 2016, and prominent clerics and activists have been arrested in an apparent bid to silence conservative dissent.

To serve a population of more than 32 million, most of whom are under age 30, the authorities plan to set up around 350 cinemas with over 2,500 screens by 2030, which they hope will attract nearly $1 billion in annual ticket sales.

Vox Cinemas, owned by Dubai’s Majid Al Futtaim, said on Thursday it had received a license to operate cinemas and would open a four-screen multiplex theater in Riyadh “in the coming days.”