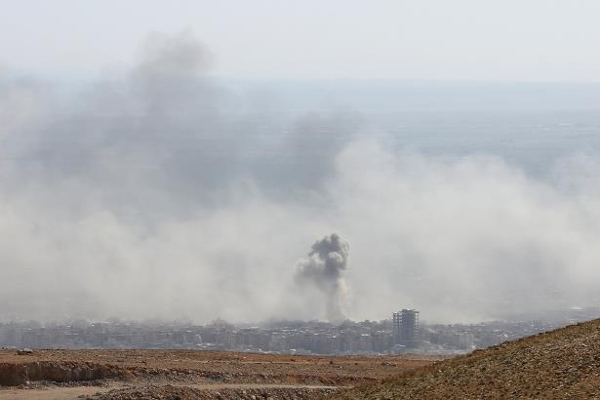 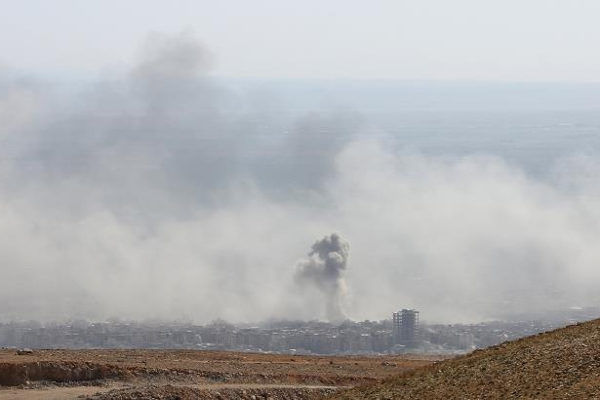 US President Donald Trump has decided to cancel his first official trip to Latin America this week in order to focus on responding to a suspected chemical weapons attack in Syria, the White House said on Tuesday.

The United States, backed by Britain and France, has said it is ready to act with or without support from the United Nations, where the Security Council is expected to vote on Tuesday on rival US and Russian proposals to probe chemical attacks in Syria.

And France and Turkey also joined in the intensifying rhetoric against Syrian President Bashar al-Assad on Tuesday.

Paris said it will retaliate against the Syrian government if evidence emerges that it was behind a recent suspected chlorine gas attack in a rebel-held enclave, government spokesman Benjamin Griveaux said.

“If the red line has been crossed, there will be a response,” he told Europe 1 radio, adding that intelligence shared by President Emmanuel Macron and Trump “in theory confirms the use of chemical weapons”.

In a phone call on Monday night, the two leaders again discussed the latest alleged chemical attack in Syria’s civil war, in the city of Douma near Damascus on Saturday.

Rescuers and medics in Douma say more than 40 people died after the suspected poison gas attack in the last rebel-held pocket of the one-time opposition stronghold of Eastern Ghouta.

France has repeatedly warned that evidence of the use of chemical weapons in Syria is a “red line” that would prompt French strikes on Syrian government forces.

The global chemical weapons watchdog said on Tuesday that it will “shortly” deploy a fact-finding team to Douma.

Coinciding with a request from both Syria and its ally Russia to investigate the allegations, “the OPCW technical secretariat has requested the Syrian Arab Republic to make the necessary arrangements for such a deployment”, the Organisation for the Prohibition of Chemical Weapons said in a statement.

Trump for his part said on Monday that “we have a lot of options militarily and we’ll be letting you know pretty soon… probably after the fact”.

The statement came following a warning on Sunday night that a chemical weapon attack by Assad would be “met forcefully”.

May and Trump to talk

British Prime Minister Theresa May said she would talk to Trump later on Tuesday.

When asked whether Britain would join the United States if Washington decided on military action in Syria, May declined to answer the question directly but said: “We believe that those responsible should be held to account.”

May said she would chair a meeting of Britain’s National Security Council later on Tuesday.

“This attack that took place in Douma is a barbaric attack. Obviously we are working urgently with our allies and partners to assess what has happened on the ground,” she said.

And Turkish President Recep Tayyip Erdogan on Tuesday vowed those behind the killings of civilians in Douma would pay a “heavy price”.

“I curse those who carried out this massacre. Whoever has done this, the perpetrators will be brought to account and certainly pay a heavy price,” Erdogan told a meeting of his party in parliament.

The UN Security Council, gathered in New York, is expected to vote on Tuesday on rival US and Russian proposals to probe chemical attacks in Syria.

Moscow has denounced the claims as “fabrications”, with its UN envoy warning Monday that the possibility of military action was “very, very dangerous”.