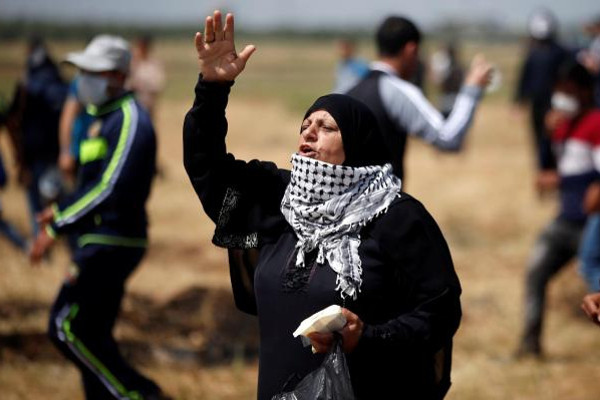 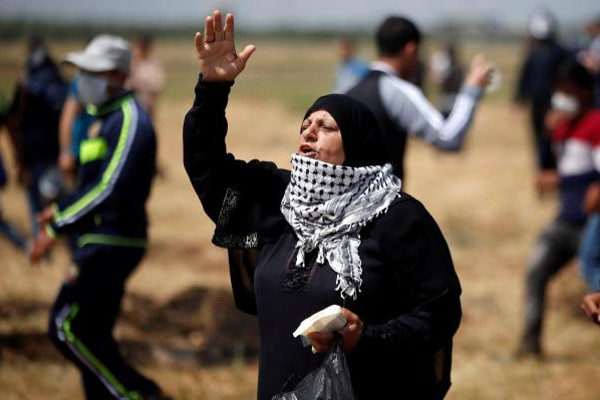 Thousands of Palestinians returned to the Gazan border for the second week of protests as Israel continued to threaten protesters attending the demonstration.

Seven Palestinians were shot dead by Israeli forces, while at least 1,060 protesters have been wounded at the border, according to the Ministry of Health in Gaza.

Among the dead was 15-year-old Hussein Mohammed Madi from Gaza City. Madi was killed east of Gaza City by an expanding dumdum bullet, the ministry said.

No Israeli casualties have been reported.

Early figures released by the Israeli military said that “approximately 10,000 Palestinians has been rioting in five locations along the border with the Gaza Strip.”

It added that “several attempts have been made to damage and cross the security fence under the cover of the smokescreen.”

The latest fatalities come a week after similar demonstrations led to violence that saw Israeli forces killing 19 Palestinians, in the deadliest day since the 2014 Gaza war.

Israel’s army has faced criticism over its use of live fire against demonstrators, but warned protesters that open fire rules would remain unchanged during Friday’s demonstrations.

Tel Aviv also rejected repeated calls by the international community, including the United Nations, to launch an independent investigation into last week’s fatalities.

During Friday’s demonstration, Palestinians burned hundreds of tyres in a bid to obscure the vision of Israeli snipers lined up on the border between Israel and Gaza.

“We have heard many warning about using burning tyres, but we have no other options to express our anger and our right of return,” demonstrator Said Ayman Hamad, 28, told MEE on Friday. “Whatever we use, we are always targeted by Israeli forces. So we use tyres that will misguide the Israeli’s gunshots, as we are peaceful protesters, we needed something to protect us from Israeli brutality.”

Images on social media showed Israeli security forces deploying fans in a bid to remove the smoke and clear its vision of the border.

An Israeli military spokesperson also hinted that Israel might stop Palestinians from importing tyres into the Gaza Strip.

Avichay Adraee tweeted: “Don’t complain if there might be a shortage of materials, such as tyres,” adding that Palestinians allowed Hamas to “control them and their lives.”

Adraee also urged Palestinian women in Gaza on Thursday to stay at home as it was in “the best interests for her house and her children.”

He also claimed that attending the protests was not “feminine” or in the best “interests of society at large.”

At least three Palestinians, including a minor, were detained in the West Bank by Israeli forces.

On Thursday, a Palestinian was killed by an Israeli air strike on the Gaza border, the health ministry confirmed, while a Palestinian who was grievously injured during a protest last week in Gaza succumbed to his wounds early on Friday.

In the Gaza Strip, where 1.3 million of the territory’s two million inhabitants are refugees, protest organisers have called for six weeks of demonstrations called the “Great March of Return” along the border of the besieged Palestinian enclave and Israel, starting on Land Day and culminating on 15 May for Nakba Day, marking the displacement of Palestinians by Israel in 1948.

Additional reporting by Amjad Ayman in Gaza and Chloe Benoist in Bethlehem.