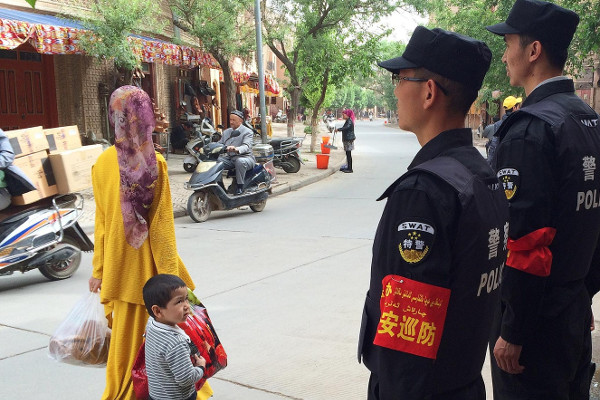 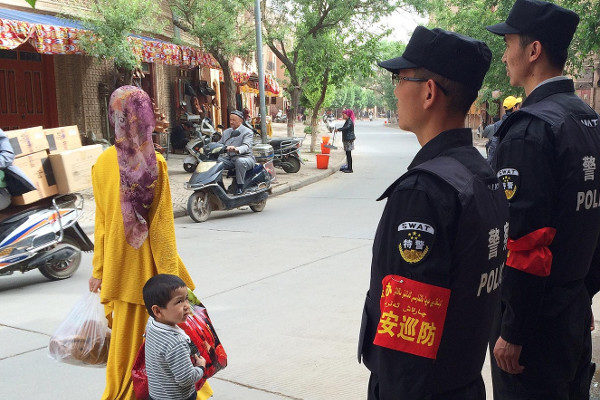 Chinese authorities in Ili Kazakh (in Chinese, Yili Hasake) Autonomous prefecture have added “interest in travel abroad” to the list of reasons they are detaining ethnic Uyghurs in the Xinjiang region’s vast network of political “re-education camps” and prisons, according to an official source.

Since April 2017, Uyghurs accused of harboring “strong religious views” and “politically incorrect” views have been jailed or detained in re-education camps throughout Xinjiang, where members of the ethnic group have long complained of pervasive discrimination, religious repression, and cultural suppression under Chinese rule.

Official announcements have stated that those who are sent to the camps include former prisoners, suspects and anyone who has travelled overseas, and say the camps will “cleanse” them of ideology that endangers state security.

But the security chief of No. 2 Village in Bayanday township, in Ili Kazakh’s Ghulja (Yining) county, recently told RFA’s Uyghur Service that “nearly 30” of the township’s Uyghur residents had been detained since the middle of 2017, “mainly because they were suspected of wanting to travel abroad.”

“They are not related [and were not part of a group planning a trip], however, after we uncovered three to four people [in our village], the rest came forward” from other villages in the township to admit their wrongdoing and seek leniency, he said.

“First, I informed the township’s [Communist] party secretary, through whom the information was passed to the Public Security Bureau. After that, they were arrested, and … placed in re-education.”

Some of the detainees “have already been sentenced and sent to prison,” he said, adding that he did not know what they were convicted of or how long their jail terms are, while others remain in the camps.

The security chief, a Communist Party member who told RFA he had held his appointed position in No. 2 Village for six years, said that rooting out those who intend to travel abroad and other “bad elements” in the population “is my job, and I did it voluntarily.”

Other security chiefs in the area are also actively informing on the residents of their villages, he said, adding that he had been rewarded by higher-level authorities on three separate occasions for his efforts.

He noted that five members of his seven aunts’ and uncles’ families are currently being held in re-education camps, but said he would never allow his personal relationships to undermine his loyalty to the party and state.

“One of the sons of my father’s sister is in a re-education camp,” among other relatives, the chief said, adding that he had not attempted to use his influence as an official to obtain their release.

“If they have failings, they need to go for re-education.”

In an earlier interview, the chief told RFA that authorities in Bayanday are also using age as one of the criteria to determine whether to detain Uyghurs in re-education camps, as those born after 1980 are considered “violent” and “untrustworthy.”

He, and the head of women’s affairs in Bayanday’s No. 3 Village, confirmed that some of the roughly 250 people detained in camps from each of their villages had been pre-emptively targeted for re-education simply because they were younger than 40 years of age and “susceptible” to influence by dangerous elements.

China’s central government authorities have not publicly acknowledged the existence of re-education camps in Xinjiang, and the number of inmates kept in each facility remains a closely guarded secret, but local officials in many parts of Xinjiang have in RFA telephone interviews forthrightly described sending significant numbers of Uyghurs to the camps and even described overcrowding in some facilities.

Maya Wang of the New York-based Human Rights Watch told The Guardian in January that estimates of Xinjiang residents who had spent time in the camps went as high as 800,000, while at least one Uyghur exile group estimates that up to 1 million Uyghurs have been detained throughout the region since April 2017, and some activists say nearly every Uyghur household has been affected by the campaign.

Since Xinjiang party chief Chen Quanguo was appointed to his post in August 2016, he has initiated unprecedented repressive measures against the Uyghur people and ideological purges against so-called “two-faced” Uyghur officials—a term applied by the government to Uyghurs who do not willingly follow directives and exhibit signs of “disloyalty.”

China regularly conducts “strike hard” campaigns in Xinjiang, including police raids on Uyghur households, restrictions on Islamic practices, and curbs on the culture and language of the Uyghur people, including videos and other material.

While China blames some Uyghurs for “terrorist” attacks, experts outside China say Beijing has exaggerated the threat from the Uyghurs and that repressive domestic policies are responsible for an upsurge in violence there that has left hundreds dead since 2009.