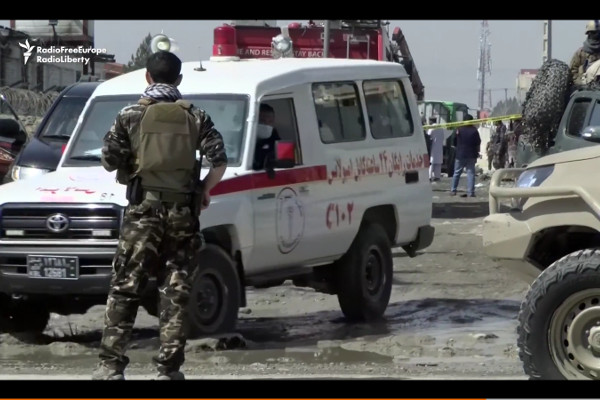 Afghan officials say at least three people have been killed and two others wounded in a suicide car-bomb attack that apparently targeted a foreign security company in the capital, Kabul.

The Taliban claimed responsibility for the blast that hit the Despechari area in eastern Kabul in the morning on March 17.

The ministry said all those killed and wounded in the attack were civilians, with no casualties among the contractors.

Eyewitnesses confirmed that the victims were passersby and local workers.

“All those killed were barbers or shoeshine men. I was horrified when I saw their bodies,” eyewitness Mohammad Osman told Reuters. The explosion damaged nearby buildings, he added.

The latest attack comes amid growing pressure on the Taliban to take up the Afghan government’s offer of peace talks to end the 16-year conflict.

Kabul has recently seen a spate of militant attacks claimed by the Taliban and Islamic State.