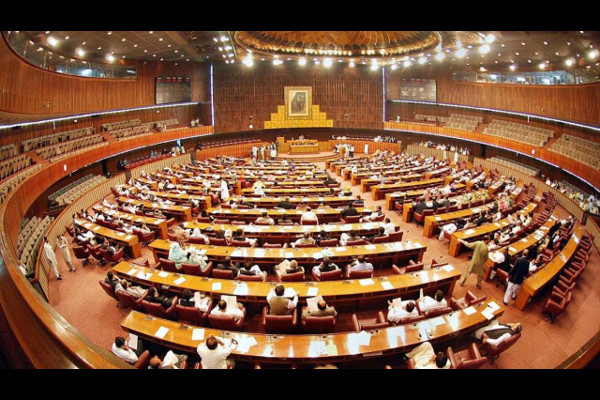 ISLAMABAD — Islamic Pakistan has sworn in newly-elected members of its Senate, including the first female representative from the country’s marginalized minority Hindu community.

Monday’s proceedings remained focused on Krishna Kumari from the so-called untouchables, or Dalit, which is at the bottom of the Hindu caste hierarchy still prevalent in Pakistan and neighboring India.

Kumari, a 39-year-old human rights activists, is a member of the opposition Pakistan People’s Party (PPP) and was elected from a remote village in her native southern Sindh province.

Election of male Hindus to the Senate or the National Assembly, lower house of parliament, is not uncommon in Pakistan.

Kumari was warmly welcomed by Muslim senators as she entered the chamber for the first time, a landmark development in Pakistan where religious minorities, often complain of oppression and discrimination at the hands of Islamic fundamentalists.

Hindus, who make up four percent of Pakistan’s 207 million population, have lately complained of forced conversions to Islam carried out by Islamists in their villages, causing many families to migrate to Hindu-majority India.

In another historic development, late Monday the 104 member upper house of parliament for the first time elected its new chairman from the poverty-stricken violence-hit province of Baluchistan.

Newly-elected Senate Chairman Sadiq Sanjrani won the post because of support from major opposition parties amid allegations political parties have paid lawmakers from rival parties to vote for their candidates.

Sanjrani’s supporters insist giving him the opportunity will help in addressing grievances of Baluchistan, where residents have long complained the federal government is using the province’s natural resources, but not doing enough for their economic uplift.

Militant ethnic Baluch have been waging a low-level insurgency against the state in the sparsely populated largest Pakistani province, which is at the center of a multi-billion dollar massive economic cooperation project with China.