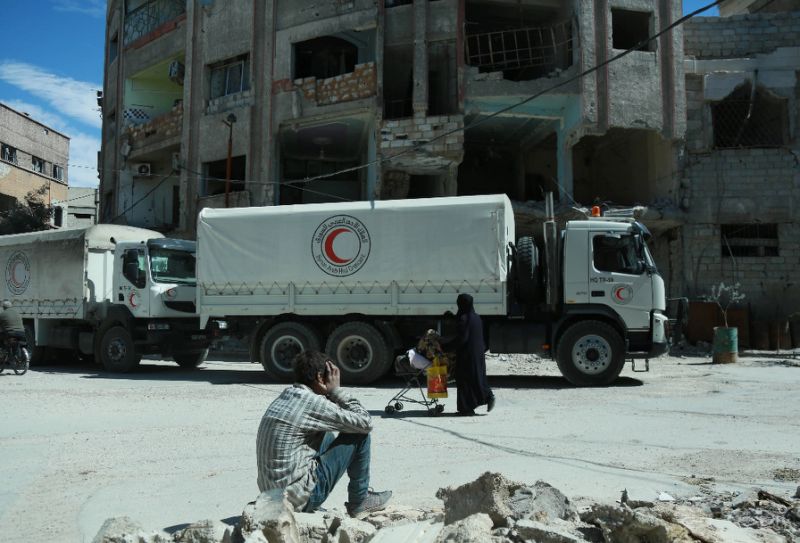 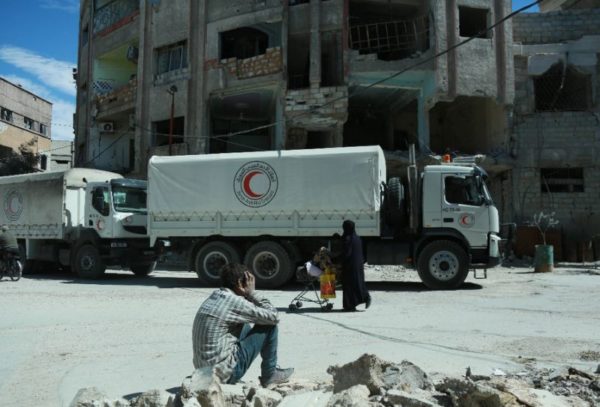 “Aid workers should not have to risk their lives to deliver assistance,” to Syria’s Ghouta, said the regional director of the International Committee of the Red Cross in the Middle East after heavy fighting impeded efforts to get aid to people trapped there.

Robert Mardini said his group was “taken aback by the fighting that broke out despite guarantees from the parties involved in this conflict that humanitarian aid could enter” the towns of Douma and eastern Ghouta.

The ICRC eventually managed to deliver the food and other supplies for 12,000 people during a pause in fighting.

Mardini said it is critical that such guarantees be kept because much more aid is needed in the area.

By Saturday, the Syrian army continued its offensive in eastern Ghouta.

Douma, northeast of Damascus, is the largest and most populous town in rebel-controlled eastern Ghouta.

Ali al-Za’tari, the U.N. humanitarian coordinator in Syria, said Friday’s shelling was in breach of “assurances of safety from parties, including the Russian Federation.” The attack started as the convoy approached Douma to deliver aid that could not be offloaded Monday because of deteriorating security.

Zeid Ra’ad al Hussein, the U.N. high commissioner for human rights, has called for perpetrators of crimes in eastern Ghouta to be held accountable and for an independent investigation into recent events.

Earlier this month, Zeid spoke about incidents that have taken place in eastern Ghouta, which has been under siege for half a decade, at a special session of the U.N. Human Rights Council.

He spoke about the denial of food, medicine and other relief to the 400,000 residents of this besieged area. He described the trauma experienced by tens of thousands of severely malnourished children, forced to live in basements to survive the relentless airstrikes by Syrian forces.

Zeid recounted the bombing of hospitals, schools and markets and the release of toxic agents that reportedly have killed two children. He said the actions in eastern Ghouta and elsewhere in Syria are likely war crimes, and potentially crimes against humanity.

The high commissioner said Syria must be referred to the International Criminal Court so that justice can be done.

In response, the Syrian ambassador accused Zeid of being selective and biased in his positions and blamed terrorist factions for the situation in eastern Ghouta.

The Syrian army has recaptured nearly all the farmland in eastern Ghouta in less than two weeks, leaving about half the area still under insurgent control.

Also Friday, Syrian state TV said a group of opposition fighters have left Ghouta and reached government-controlled areas. They are believed to be the first to leave the rebel-held area.

Russia, backing Syrian President Bashar al-Assad, has offered safe passage for opposition fighters who surrender in eastern Ghouta. State TV showed video of 13 bearded men it said had handed themselves over to authorities. The video showed Russian troops aboard the bus the 13 men were boarding.