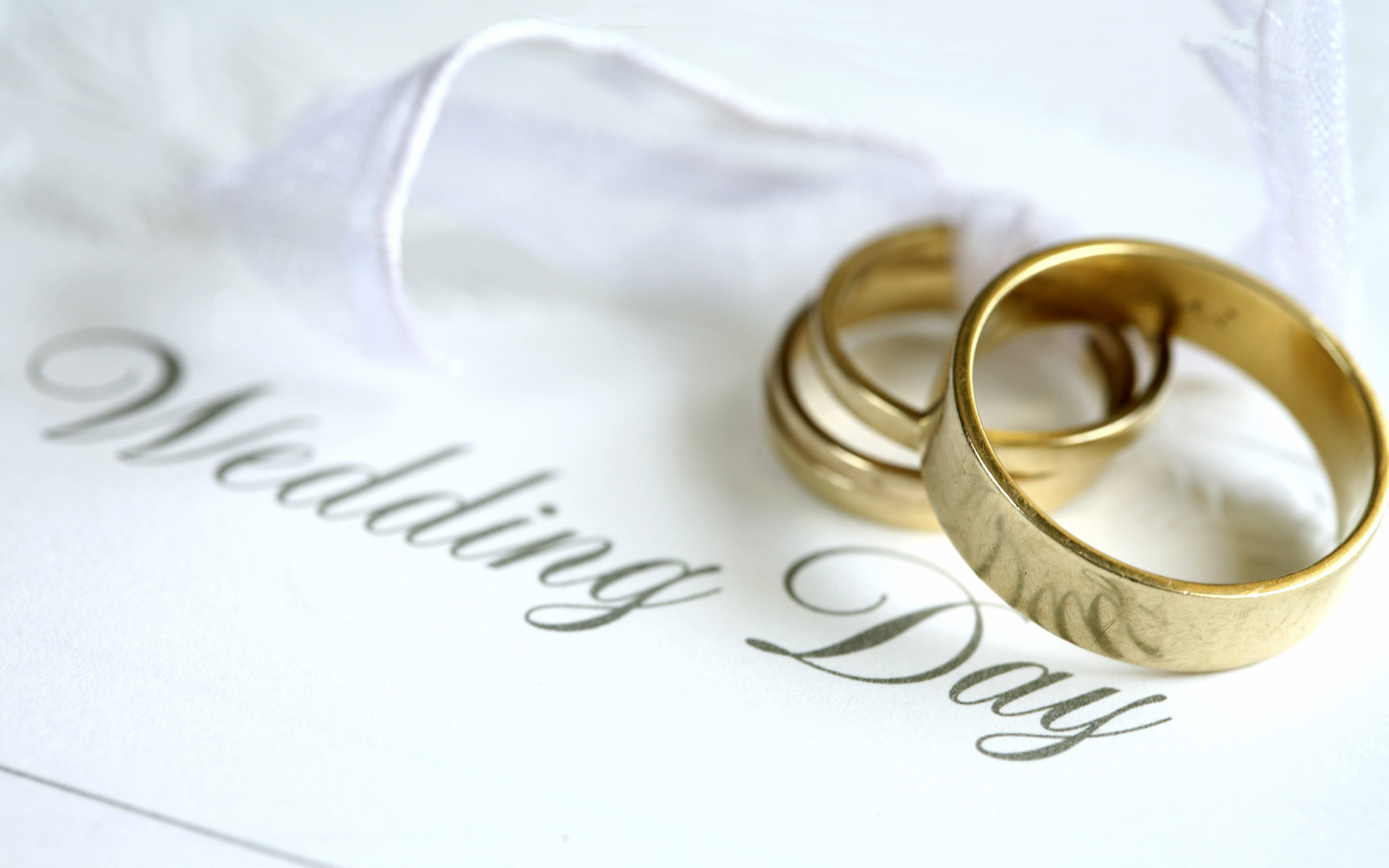 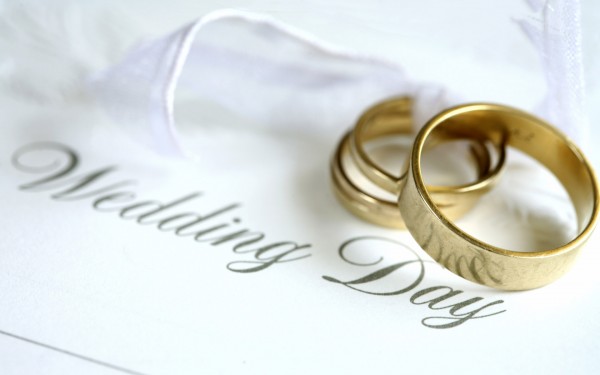 It is really distressing to see how much we are smitten by the western culture. We are ready to go against the commands of Allah Subhānahu wa Ta’ala and sacrifice the Mubarak Sunnāh of our beloved Nabi Sallallāhu ‘alayhi wasallam just to satisfy our whims of adopting the western ways. However, when it comes to our weddings we seem to be moving by leaps and bounds to cross the limits set by the Shariyāh. This is starkly manifested in the way we dress up our brides nowadays. Descent girls who are never seen without niqāb/hijāb are made to wear revealing wedding gowns as described in the following episodes. Furthermore, we are even willing to pay exorbitant prices / hiring charges for these wedding gowns.

Since Salma (not her real name) is a daughter of a family friend, our family was invited to attend her Nikāh ceremony which was to be followed by a Walimāh (meal provided after nikah). Dhuhr Salāh was over and we were all waiting anxiously for the Nikāh to take place so that immediately after the Nikāh, we would have the opportunity to partake in the Walimāh, comprising the scrumptious pilāu.

The Nikāh ceremony was supposed to be conducted by the Imām of a large City Masjid. This Imām also runs one of the most prestigious Madāris in the City. He was all set to conduct the Nikāh but there was no sign of the Bride. We were all waiting outside the Hall, where the Nikāh and the Walimāh were to take place, in anticipation of the arrival of the Bride.

All of a sudden an expensive looking luxurious car pulled up on the side of the road. Out of it emerged a girl barely recognizable because of heavy layers of makeup applied on her face. On watching her closely, our eyes almost popped out of our heads. In front of us stood Salma, almost half naked! The usual shy looking girl, who was never seen without a hijāb, had been transformed into a Bride who appeared to have become manifest right from a Hollywood movie scene. She had put on a wedding gown, ivory in colour, with her shoulders bare. It had a bridal veil (not to be mistaken for an Islāmic Niqāb) and a long train too! In short it was one of those formal wedding gowns that are usually worn by Christian women on the occasion of their traditional church weddings.

Just imagine! This transformation of Salma comes on what was supposed to be the most auspicious day of her life, her wedding day.

The crowd that stood there also consisted of number of respected Mashāyakh of the city including the Imām who was going to conduct the Nikāh service. I looked at the faces of these people to see if Salma’s wedding outfit had caused any eyebrows to be raised but I was in for a disappointment. On the contrary, most of the people present there had an expression of approval and admiration on their faces. They all seemed to be used to such spectacles.

Later on, when I came to know that Salma was related to the Imām, I decided to confront him with regards to the dress she had worn on her wedding day. He listened to me in a halfhearted manner and just told me that he would look into the matter.

A few years later we were invited to another Walimāh. This was to celebrate the marriage of the daughter of another acquaintance. The Nikāh had already been conducted the previous evening by the same Imām who had conducted Salma’s Nikāh.

Before we talk about the Walimāh, let us see what transpired during the Nikāh ceremony. Since it was conducted in a Masjid it was attended by men only. Everything went on in Islāmic way, the Khutbā-tun-Nikāh (the Nikāh sermon), the consent of the groom in presence of relatives from both the sides, du’a (supplication) after the Nikāh, distribution of delicious halwā (sweet meat) accompanied with kahāwa (black coffee) etc.  However, the whole event was marred by one thing: the proceedings of the entire Nikāh ceremony were being captured by a movie camera. Yes, the appalling presence of a professional photographer with all his equipment was in stark contrast with the solemnity and the wholesomeness of such a sacred function.  Are we so madly influenced by the Western culture as to allow the Shaytānic movie/video cameras to find their way right next to the Pulpits of the Masājid on such pristine and sanctified occasions?

Anyway, let us get back to the Walimāh.

For a change the menu was different. Instead of the pilāu that is usually served on such occasions, the food was biriyāni that is much more delightful.

However, accompanying the biriyāni was another dish that was highly unpalatable and disgusting. This was the ear-shattering loud music! Once again we found that the people including the Mashāyakh that were present there were least perturbed by this noise. In fact, going by their body language, they seemed to be enjoying the music. Some of them had their shoulders moving up and down to match the beat while others had their jaws chewing the food in rhythm with the music.

After having our food we went out and suddenly we witnessed a big commotion. We were told the bride had arrived. This bride, who was also used to wearing a hijāb, had put on a similar type of wedding gown that Salma had worn on her wedding day, only it was a bit more revealing and the train was longer than Salma’s. It appeared as if the tailor had blundered – the portion of the material that was supposed to be stitched to the upper part of the gown has been stitched to the bottom.

Are we so much obsessed by the Western culture that some of our Muslims girls who remain covered the whole of their unmarried life are suddenly asked to bare themselves in front of a crowd of strangers, on the most important day of their lives, their Wedding Day!

Our women folk have told us that the scenes in the ladies section in some Mehndi (Henna)/Walimāh functions resemble a cat walk. Women are seen dancing when serving food while showing off their expensive dresses that reveal more than what they conceal. During some wedding receptions, we are told, the bride is asked to pose in a variety of provocative postures just like a professional model, for the benefit of the male cameramen, while the music is at full blast.

The scenes described above are not figments of imagination but real life incidents. They happened in one of the predominantly Muslim Cities of my country (name withheld). However, they are definitely not isolated occurrences but are oft repeated scenes. Neither are they restricted to one area or one country – they have become widespread among the Muslims all over the world. Those Muslims who refuse to accept the Western trends in dressing their brides and in celebrating their weddings are branded as ‘old-fashioned’ and behind the times. Aren’t these Muslims who insist on following the Western trends aware of the following hadith?

“AbdAllāh ibn ‘Umar (RadhiAllāhu ‘anhuma) narrated that the Prophet (Sallallāhu `alayhi wa sallam) said: He who copies any people is one of them”, or words to that effect. [Sunan-Dawud’s Book 27 Chapter 1506, WEARING CLOTHES FOR GAINING FAME, Hadith number 4020].

May Allah Subhānahu wa Ta’ala save us all from imitating the western culture and guide us to live the life based on the Holy Qur’ān and the Mubarak Sunnāh of our Beloved Nabi (SallAllāhu ‘alayhi wasallam) and may He forgive me for being the part the of the crowd in the above mentioned spectacles…Ameen.