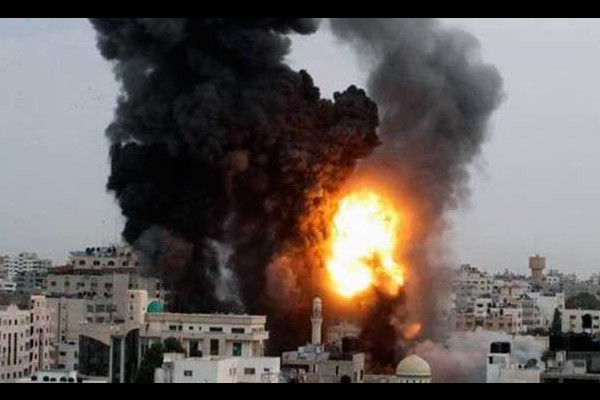 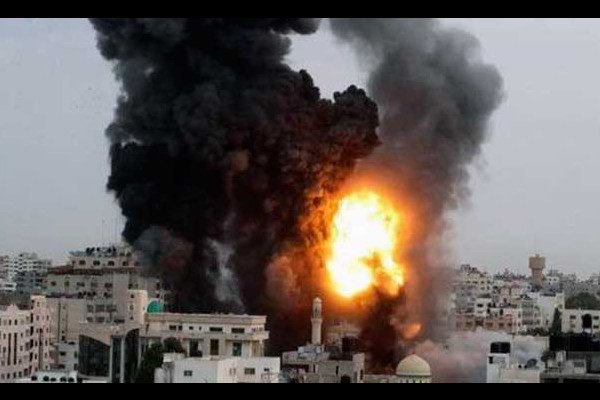 Israeli jets carried out a fresh round of strikes in the Gaza Strip on Monday after a weekend of violence that left two Palestinian teenagers dead.

The attacks came after a rocket fired from Gaza hit southern Israel, the army said.

The cross-border exchange followed a weekend escalation in violence seen as among the most serious since Israel and the coastal enclave’s Hamas rulers fought a war in 2014.

Israeli fighter jets “targeted underground infrastructure in the southern Gaza Strip, in response to the projectile that was launched at Israel earlier,” an army statement said.

It did not give further details, but Palestinian security sources said several missiles were fired at farmland east of Rafah in the south of the coastal enclave.

No casualties were reported on either side.

Monday’s strikes followed fierce exchanges over the weekend after a device exploded on Saturday near the border fence, injuring four Israeli soldiers.

Israel responded by hitting 18 Hamas targets on Saturday and Sunday, according to the Israeli military.

Mahmoud Zahar, a senior Hamas official, said on Monday that his organisation had no wish to see fighting with Israel intensify.

“The resistance does not want to waste its energy on this escalation,” he told the Hamas-affiliated al-Risala website.

He added that efforts were under way “to stop escalation and a new war”.

Another source close to Hamas said it was sending messages to Israel through neighbouring Egypt, which frequently plays mediator between the two sides.

The source told the AFP news agency that Hamas representatives in Cairo “have officially informed the head of Egyptian intelligence that the movement is not interested in any escalation in Gaza”.

“The Egyptian authorities must press the occupation government to stop the aggression and ongoing strikes in Gaza,” he added.

Palestinians said two people were wounded in the weekend air strikes, which hit three bases belonging to Hamas in the east of the blockaded Gaza enclave.

Two of the soldiers were severely wounded in the border blast but their lives were not in danger, the army said.