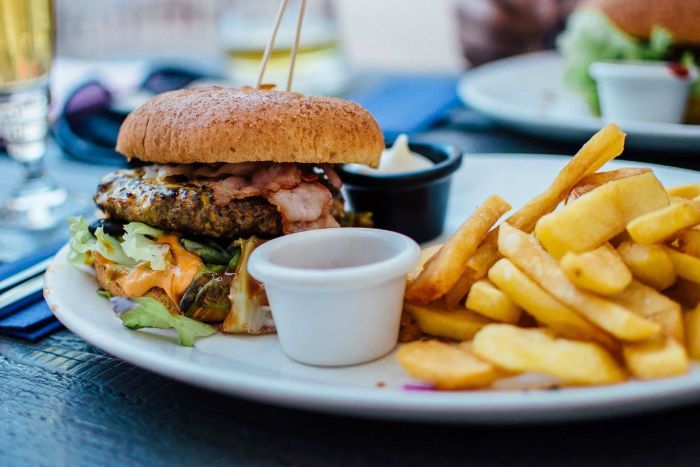 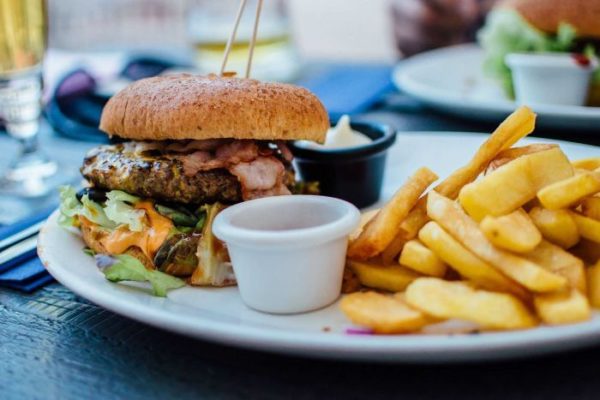 We all have that one friend whose eating habits and body shape simply don’t add up. While enjoying the unhealthiest of meals and a sedentary lifestyle, somehow they effortlessly retain a slender figure.

At first glance we may assume these slim people are healthy, but it’s not always the case. So if you don’t have weight to worry about, what’s the impetus for avoiding sweet or salty temptations and eating good, nutritious foods instead?

Body mass index or BMI, the tool most often used to determine “healthy weight ranges”, was designed primarily to track the weight of populations.

While it’s a simple and useful screening tool when looking at groups of people, it’s not a good marker of individual health. This is because BMI is a measure of our height and our weight, and the ratios of their combination. But weight alone doesn’t discriminate between a kilogram of fat versus a kilogram of muscle nor does it account for body shape and fat distribution differences relating to, say, ethnicity or gender.

Just as not all obese individuals have heart disease risk factors or unhealthy metabolisms (the conversion of food into energy), nor do all lean people have healthy ones.

There’s a well-documented subset of people known as metabolically obese, normal weight individuals. These people are not obese as determined by their height and weight, but may face metabolic dysfunction such as insulin resistance (which leads to a build-up of sugar in the blood), and like their physically obese counterparts are predisposed to type 2 diabetes, high levels of fats in the blood, heart disease and even some cancers.

The most compelling reason to eat healthy foods is the correlation between good nutrition and well-being. Coupled with regular exercise, eating a diet rich in whole foods and grains, healthy oils and low in sugar and salt, has been shown to convey a number of benefits. These include a longer life with less pain and suffering, less risk of back pain or muscular problems and even an increased libido.

Studies from around the world also show people with healthy diets are less likely to experience depression while unhealthy diets may put individuals at an increased risk of depression.

Food has been identified as an important risk factor for cognitive decline and dementia in older age.

A healthy diet combined with physical activity can strengthen bones and reduce body aches and pains. And these benefits are conferred irrespective of your baseline weight or age.

While it might be easy to take solace in a thinner weight, many of the serious health risks associated with poorer diet are often hidden from plain sight.

Excessive salt consumption can cause the kidneys to hold on to more water, resulting in an increase in blood pressure. High blood pressure strains the arteries that supply blood to our vital organs including our heart and brain, and increases our risk of stroke, dementia, heart attack and kidney disease.

Consumption of high amounts of sugar, especially from sugar sweetened beverages, is associated with an increased risk in fatty liver disease, among many other health problems. This in turn significantly increases our risk of liver scarring, heart disease and stroke.

Recent research has also reconfirmed a link between bowel cancer and red meat consumption. Processed meats such as ham, bacon and salami appear to be especially problematic.

Not only can all of these occur without any visual cues, but they can also develop irrespective of our weight.

The importance of a good diet is not just limited to our own health. Children of parents with poor diets are significantly more likely to inherit similarly unhealthy eating habits.

And it doesn’t stop there. Through a mechanism called epigenetics, our health and our diet can result in alterations to the expression of our genes.

Animal studies have shown epigenetic changes resulting from poor diet(and other stressors) can influence the healthiness of future generations. Many scientists now believe the same will prove true for humans too.

Contrary to what many of us think, the latest evidence suggests eating a healthy diet is actually cheaper than consuming the unhealthy foods that now dominate many Australian households.

Analysis of both wealthier and poorer suburbs in Brisbane, for example, showed the average family of four spends 18% more on current diets than would be required if they could more closely adhere to healthy dietary recommendations.

This is not to say eating healthily is easy, accessible or even possible for everyone, but might be more possible than we first think.

Not only would adopting a healthy diet be a beneficial investment for individuals and families, it might also go a long way to curbing the major societal costs from growing weight gain. The annual costs from obesity already add up to A$830 million in Australia alone.

The consequences of poor diet increasingly burden Australians and our health care system. While it’s easy to measure our health based on a reading of the bathroom scales, eating a diverse and nutritious diet will bring overwhelming benefits to everyone – regardless of our current weight.