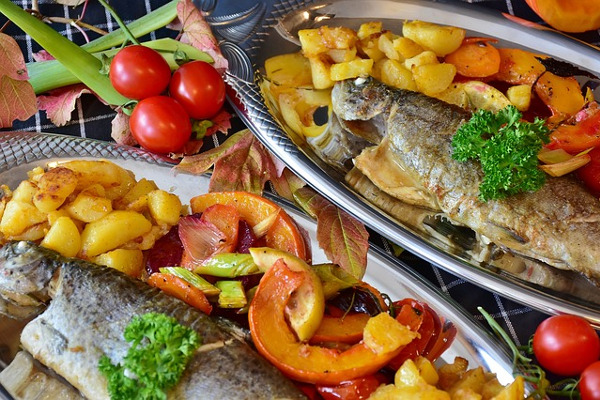 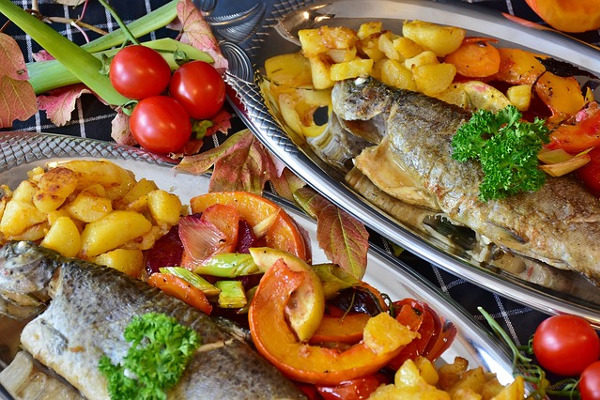 Iron deficiency is the most common nutrient deficiency in the developed world, affecting around one in three women of reproductive age.

It can develop when iron intakes or iron absorption rates are unable to meet the iron demands of the body, causing weakness, fatigue, poor concentration, headaches, and intolerance to exercise.

Iron deficiency has several stages of severity and is diagnosed by a blood test showing the level of serum ferritin (a protein that stores iron in the body) and/or haemoglobin (a protein responsible for transporting oxygen in the blood).

If serum ferritin falls below 30µg/L (micrograms per litre), then iron stores are depleted (stage one or iron depletion).

At serum ferritin levels less than about 20µg/L, the tissues and cells are not receiving the iron they need to function correctly (stage two or latent iron deficiency).

The final and most severe stage is iron-deficiency anaemia. At this stage, red blood cells can no longer carry adequate amounts of oxygen around the body, causing extreme weakness and fatigue.

It’s important for doctors and health professionals to try and identify the cause of iron deficiency, as it may be a side effect of a serious underlying disease. This can be difficult, as there are many possible causes, such as:

Despite the cause, the initial treatment should always involve an iron supplement to help improve iron status quickly and prevent progression to iron-deficient anaemia.

Current clinical guidelines recommend a high-dose supplement of 80-105 mg of elemental iron. But clinical trials have also found 60 mg may be enough to effectively treat women with iron deficiency.

Doctors frequently recommend over-the-counter iron treatment in the form of ferrous sulphate, such as Ferro-Gradumet. Some formulations contain vitamin C, which can improve the absorption of supplemental iron.

High-dose iron supplements are generally only recommended until the person’s iron stores are replenished and this is confirmed with a blood test, three to six months after starting supplementation.

High-dose iron supplements can have side effects including nausea, constipation and bloating. These may make taking supplements difficult, so treatment should be a short-term option only.

Side effects may be reduced by taking the supplement with meals rather than on an empty stomach, or by counteracting constipation with a fibre supplement. But both of these will likely reduce the absorption of the iron from the supplement. If you’re really having trouble tolerating high-dose iron supplements, talk to your doctor or pharmacist about lower-dose options or alternative formulations.

How much iron do you need?

In the longer term, it’s important to address the cause of iron deficiency, which may mean increasing your iron intake and absorption.

Menstruating women (aged 19-50 years) need around 18 mg of iron a day, more than double the recommended amount for Australian men (8 mg). This can be difficult for many women to achieve from diet alone, but it can be done, with the right dietary advice.

This was shown in a trial where women with iron deficiency were randomised to receive either a high-dose iron supplement (105 mg per day) or dietary counselling to achieve a high-iron diet. Although the iron supplement led to a quicker restoration of iron stores compared with the diet group, the high-iron diet group continued to improve their iron status for a sustained period of time.

As a bonus, the high-iron diet group saw greater improvements in health and well-being outcomes, such as mental health and vitality.

What is a high-iron diet?

High total dietary iron intakes do not guarantee good iron status. This is because the absorption of dietary iron is complex, and influenced by many dietary factors.

The most important of these is the type of dietary iron, of which there are two. Haem iron is found in meat, fish and poultry. Non-haem iron comes from breads and cereals, vegetables and fruit.

Between 25-35% of haem iron is absorbed from the gut, compared with only 2-15% of non-haem iron, so you need to eat considerably more non-haem iron to absorb the same amount. Therefore, eating red meat (which contains the most haem iron), or fish or poultry, can really boost iron absorption.

It is important to eat a variety of non-haem iron-containing foods as well for good long-term iron status. Good sources include beans, lentils, tofu, pasta, breakfast cereals (many of which are iron-fortified), breads, rice, eggs, dried fruit, nuts and vegetables such as broccoli, cauliflower, cabbage, peas and beans. In fact, a majority of our dietary iron is from non-haem sources such as breads and cereals.

The Australian Guide to Healthy Eating recommends women consume five serves of vegetables, two serves of fruit, six serves of breads and cereals, 2.5 serves of meats and alternatives, and 2.5 serves of dairy per day. You’re likely to achieve the recommended 18 mg of iron if you stick to these guidelines, and you include: an iron-fortified breakfast cereal as one serve of the breads/cereals; one serve of green leafy veg such as spinach; and one serve of meat, chicken or fish in the meats/alternatives category.

Another key strategy is to boost your ability to absorb iron. Vitamin C-rich foods are well known for boosting iron absorption, so include these at each meal in the form of fresh fruit, vegetables and salad. Other iron absorption boosters include lemon juice, vinegar and alcohol.

In addition to being a good source of haem iron, red meat, fish and poultry also contain a special compound that enhances non-haem iron absorption. So an ideal meal for good iron absorption is a small piece of lean meat, chicken or fish with a dressed salad and glass of wine, finished with some fresh fruit.

There are also some substances in foods and drinks that inhibit iron absorption, binding iron in the gut so it passes through the gastrointestinal tract unabsorbed. These include: tannins and polyphenols, found in tea and coffee; oxalates found in spinach; and phytates found in high-fibre foods and legumes.

While many of these are very beneficial for other reasons, those following a vegetarian diet in particular need to be aware of their effects. You can combat these by including plenty of iron absorption-enhancers with meals and holding off on the tea or coffee for at least an hour after a meal.

One final thing to consider is that other minerals – specifically, calcium and zinc – can compete with iron for absorption. While this is not a big issue in the context of a balanced diet, taking another mineral supplement will interfere with your iron absorption. So seek advice from you doctor or a dietitian about any supplements you take.