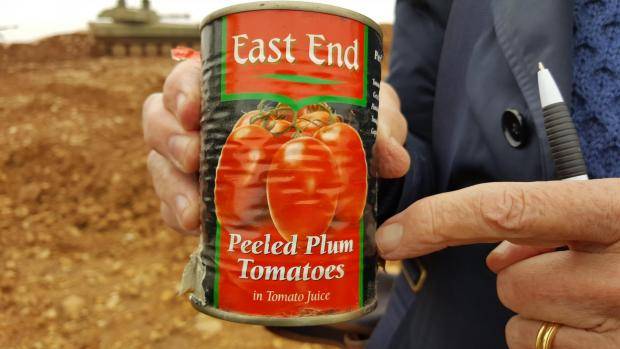 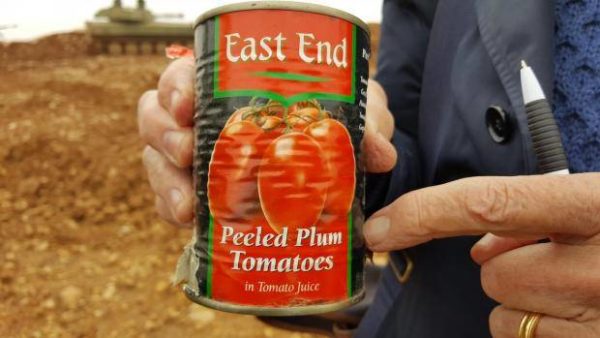 It’s below zero degrees on the vast dirt hillside above Totah but through the mist and freezing rain, I can see the Syrian general’s target, a small Isis-held village across a valley of mud. There’s a crash of artillery fire from his Shilka guns, and you wait several seconds before the shells fall behind a clump of hillside trees. The smoke billows into the cold air and it takes another few seconds before the sound of the explosions reaches back to us. Then another few seconds before Isis shoots back at the Syrians. Heavy machine gun fire that echoes and thumps up the wadis. Isis is not beaten yet. It still has food. From the UK, no less. Of which, more later.

The general, I should add, is nicknamed “Caesar”. Military headquarters in Damascus have now forbidden officers to give their real names – because, they say, several have been assassinated after appearing by name in the Syrian media.

For myself, I wonder if they also want to prevent generals getting big heads.

Caesar – not to be confused with his friend, the even more aggressively named General “Nimr” (Tiger) – is indeed a large man, seemingly immune to the evening frost forming on the mud, a woollen hat on his head and shades strapped over it. He used to work at the presidential palace in Damascus. And he is a man who can reveal tantalising secrets.

He reckons there are two Brits among the Isis fighters at Akerbat – his soldiers hear them on the radio – and he is certain there are two Chechen Islamists. He doesn’t speak Chechen “but our Russian friends tell us they can hear them talking on their radios”.

And then when I ask what he has found when he took territory from Isis in this Islamist pocket of Syria south-east of Hama, he answers at once. “Six Isis suicide bomb vehicles, a huge armoured car for carrying fighters and lots of food.”

Where did the food come from? “Italy – but my soldiers ate most of the food.” I asked to see what was left.

And then comes an odd moment. There’s no surprise about an army eating its enemy’s supplies. The Red Army did that at Stalingrad when they broke through the front lines of Hitler’s Italian and Rumanian allies and found them well stocked with wine. But when a Syrian soldier walks up with two cans of peeled plum tomatoes captured in an Isis food store, I’m in for a shock. Though the contents are from Italy, they were canned in the United Kingdom. In fact, the label says they were sold by “East End Foods” of West Bromwich. His soldiers do not read the English. But of course I can: “Specially packed for East End Foods, plc”, it says. “East End House, Kenrick Way. West Bromwich B71 4EA. Suitable for vegetarians.” The telephone number and the website of the company were also on the label.

“Caesar” guesses these products were smuggled in from Turkey but it would be interesting to know how those cans from the West Midlands reached this gaunt and frozen hill in central Syria. What is the East End Foods, plc, “Caesar” asked? His soldiers, I should add, said that they enjoyed the food.

Officially, Isis is surrounded here – hence the so-called Isis “pocket” – although the general, sometimes shouting to be heard above the gunfire, agrees that he cannot control every wadi in an Isis enclave that is 14 miles wide and 30 miles long. The German lines at Stalingrad – mercifully, the last World War Two reference in this dispatch – was only nine miles long at the end of the battle. In fact, Syrians fighting for Isis in the enclave are supposedly given the option of crossing the lines and returning home if they wish after a “reconciliation” meeting.

“Even Isis, if they want to get out of Syria – this can be made available for them. Not to their countries – but to the terrorist organisations that send them.”

But the most unexpected moment comes when “Caesar” says that 20 per cent of his own fighting units are former members of the “Free Syrian Army”, one of the first armed opposition groups in which the West invested money and guns. It has been a spent force for many years – although David Cameron famously claimed in a parliamentary speech of deep fantasy that there were 70,000 of them – but according to three sources in Syria, the general’s statement is correct.

The ex-FSA men are paid the same wage as other regular Syrian military personnel, there are officers among them – none in “Caesar’s” force, he assures me – and some were actually Syrian regular troops before they defected to the opposition in 2011 and 2012. If they are “martyred” in battle, their parents will be paid compensation; a grim conclusion, no doubt, to their hectic side-changing lives.

“We open the door to any Daesh [Isis] people, who want to come over,” “Caesar” insists. “A group of families came over three months ago, from the Hama countryside. Although it helps Daesh, we allow food across the lines, because there are families over there. They are not our people, but the families of the terrorists. Already, we have seized mobile phones from prisoners and they have given us the numbers of many of the senior people in the Daesh.”

In the surrounding countryside, Isis’ huge earth revetments cross the landscape – newly captured by the army – that look like First World War trenches, miles of them, hilltop dugouts still complete with empty rocket cartridges. And apart from the six iron suicide cars, “Caesar”, who is the Syrian army’s field commander for this entire area, found an even more monstrous iron wagon in the newly captured village of Akerbat, perhaps the largest vehicle of its kind ever built by the Islamist cult.

It stands now in the forecourt of his headquarters, a most sinister vehicle with iron sides, iron roof, reinforced iron petrol tanks, its metal mesh rail shields painted brown and its entire hulk painted – of course – in black. It could hold up to 20 men, presumably individual suicide bombers for a mass attack. The reinforced iron flanks of this grim machine appear to be oil pipes from the petroleum industry, cut in half and then sealed onto the wagon in slices. The Syrians found that many of these vehicles had been made in an industrial estate constructed by Isis several years ago. So much for the Iraqi prime minister’s claim in Davos on Thursday that Isis was training suicide bombers in Syrian government-held territory.

And what of the Isis dead? Are they buried? Or left for the dogs as I know they have been in northern Syria? Isis does the same to the Syrian dead. “They blow themselves up rather than surrender to us,” “Caesar” announces. “They all have explosives on them.” And with a sharp smile, he produced a Galaxy tablet of photographs of Isis corpses, all of them blown in half, their heads partly torn, one of them perhaps Sudanese. Isis does the same, of course. And in Hama later that same night, a younger officer showed me a picture of himself with one foot on the chest of a half-naked Isis man’s dead body. Never before, I reflected to him, had I seen a war in which so many people took photographs of so many of their dead enemies. Another product, I guess, of the Facebook age.

As for “Caesar”, his last words were a trifle disturbing. “Everything you write,” he said to me on his chilling hilltop, “has two meanings.” A smart general.