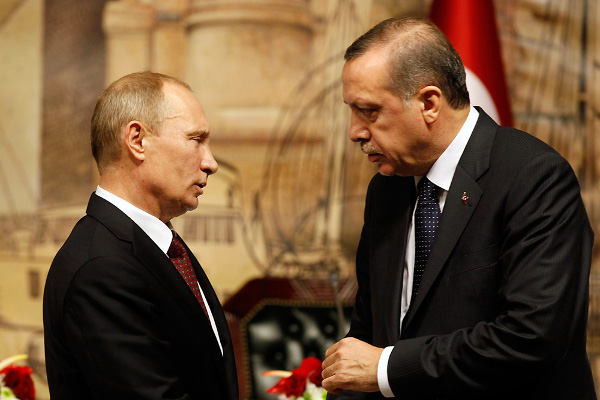 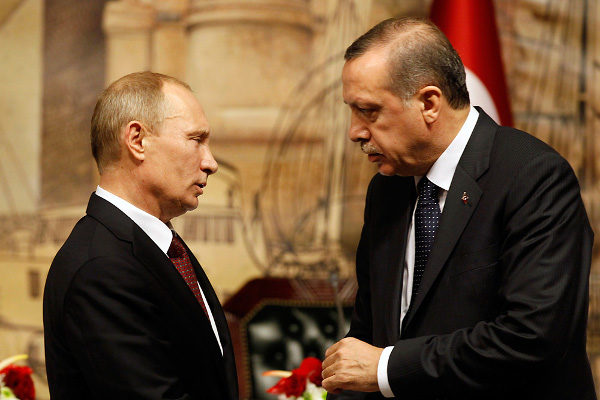 Erdogan called Putin on January 23 after speaking with French President Emmanuel Macron earlier in the day, the agency added.

The Kremlin said Putin had discussed Turkey’s military operation in Syria’s Afrin with Erdogan by phone and said that Syria’s territorial integrity and sovereignty had to be respected.

The Kremlin also said in a statement that Putin and Erdogan also discussed final preparations for Syria peace talks Russia is set to host in the Black Sea resort of Sochi next week.

Reuters quoted an official from the United States on January 23, the fourth day of the Turkish cross-border offensive, as saying that President Donald Trump expects to speak with Erdogan “soon” to express his unease with the operation.

The United States has been urging Ankara to show restraint after the Turkish military hit Kurdish militias that had aided the U.S.-led fight against the Islamic State (IS) extremist group.

The Turkish military, meanwhile, said in a statement on January 23 that at least 260 Syrian Kurdish YPG fighters and Islamic State militants had been killed in its operation in Syria’s Afrin.

The statement said the Turkish military intervention in the Syrian enclave of Afrin was continuing as planned on its fourth day.

The YPG, known as the People’s Protection Units, is a key U.S. ally against IS and played a major role in driving the extremists from much of northern and eastern Syria. The U.S. military operates bases in Kurdish-controlled territory in northern Syria but not in or near Afrin.

Ankara views the YPG as a threat because of its links to the decades-old Kurdish insurgency in Turkey. Turkey says it aims to create a 30-kilometer-deep “secure zone” in Afrin, which is in northwestern Syria near the border.

Based on reporting by Anadolu, AP, and Reuters