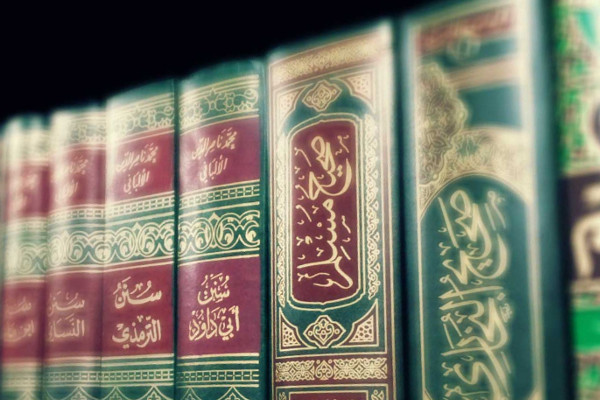 Source: “The Reliance of the Traveler” via Living Islam

MV Editor’s Note: We have highlighted the names of the Sunni authorities quoted in bold.

(Muhammad Jurdani: ) meaning, “Distance yourselves and be wary of matters newly innovated that did not previously exist, i.e. things invented in Islam that contravene the Sacred Law,

“For every innovation is misguidance…”

meaning that every innovation is the opposite of the truth, i.e. falsehood, a hadith that has been related elsewhere as:

“…for every newly begun matter is innovation, every innovation is misguidance, and every misguidance is in hell…”

meaning that everyone who is misguided, whether through himself or by following another, is in hell, the hadith refers to matters that are not good innovations with a basis in Sacred Law.

It has been stated (by `Izz ibn `Abd al-Salam) that innovations (bid`a) fall under the five headings of the Sacred Law (i.e. the obligatory, unlawful, recommended, offensive, and permissible):

(1) The first category comprises innovations that are obligatory, such as recording the Koran and laws of Islam in writing when it was feared that something might be lost from them; the study of the disciplines of Arabic that are necessary to understand the Koran and sunna such as grammar, word declension, and lexicography; hadith classification to distinguish between genuine and spurions prophetic traditions; and the philosophical refutations of arguments advanced by the Mu’tazilites and the like.

(2) The second category is that of unlawful innovations such as non-Islamic taxes and levies, giving positions of authority in Sacred Law to those unfit for them, and devoting (much) one’s time to learning the beliefs of heretical sects that contravene the tenets of faith of Ahl al-Sunna,

(3) The third category consists of recommended innovations such as building hostels and schools of Sacred Law, recording the research of Islamic schools of legal thought, writing books on beneficial subjects, extensive research into fundamental and particular applications of Sacred Law, in-depth studies of Arabic linguistics, the reciting of wirds by those with a Sufi path (or circles of dhikr in which the movement of the participants increases their remembrance of Allah), and commemorating the birth (mawlid) of the prophet Muhammad

and wearing one’s best and rejoicing at it.

(4) The fourth category includes innovations that are offensive, such as embellishing mosques, decorating the Koran, and having a backup man (muballigh) loudly repeat the spoken Allahu Akbar of the imam when the latter’s voice is already clearly audible to those praying behind him.

(5) The fifth category is that of innovations that are permissible, such as sifting flour, using spoons, and having more enjoyable food, drink, and housing.

w29.4 (‘Abdullah Muhammad Ghimari: ) In his al-Qawa’id al-kubra, ‘Izz ibn’Abd al-Salam classifies innovations (bid’a), according to their benefit, harm, or indifference, into the five categories of rulings: the obligatory, recommended, unlawful, offensive, and permissible; giving examples of each and mentioning the principles of Sacred Law that verify his classification. His words on the subject display his keen insight and comprehensive knowledge of both the principles of jurisprudence and the human advantages and disadvantages in view of which the Lawgiver has established the rulings of Sacred Law.

Because his classification of innovation (bid’a) was established on a firm basis in Islamic jurisprudence and legal principles, it was confirmed by Imam Nawawi, Ibn Hajar ‘Asqalani, and the vast majority of Islamic scholars, who received his words with acceptance and viewed it obligatory to apply them to the new events and contingencies that occur with the changing times and the peoples who live in them.

One may not support the denial of his classification by clinging to the hadith “Every innovation is misguidance,” because the only form of innovation that is without exception misguidance is that concerning tenets of faith, like the innovations of the Mu’tazilites, Qadarites, Murji’ites, and so on, that contradicted the beliefs of the early Muslims. This is the innovation of misguidance because it is harmful and devoid of benefit.
As for innovation in works, meaning the occurrence of an act connected with worship or something else that did not exist in the first century of Islam, it must necessarily be judged according to the five categories mentioned by ‘Izz ibn ‘Abd al-Salam (see above).

To claim that such innovation is misguidance without further qualification is simply not applicable to it, for new things are among the exigencies brought into being by the passage of time and generations, and nothing that is new lacks a ruling of Allah Most High that is applicable to it, whether explicitly mentioned in primary texts, or inferable from them in some way.

The only reason that Islamic law can be valid for every time and place and be the consummate and most perfect of all divine laws is because it comprises general methodological principles and universal criteria, together with the ability its scholars have been endowed with to understand its primary texts, the knowledge of types of analogy and parallelism, and the other excellences that characterize it.

Were we to rule that every new act that has come into being after the first century of Islam is an innovation of misguidance without considering whether it entails benefit or harm, it would invalidate a large share of the fundamental bases of Sacred Law as well as those rulings established by analogical reasoning, and would narrow and limit the Sacred Law’s vast and comprehensive scope (Adilla Ahl al-Sunna wa 121-Jama’a (y119), 145-47).