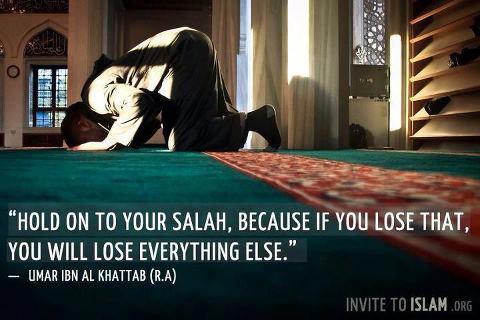 On the request of our Noble Shaikh ‘Abdirazzaq al-Badr asking us students to compile 50 points of benefit from the book Tadheem Qadr as-Salah by al-Imam al-Marwazee (taught by the Shaikh here in Madeenah) showing the importance of Salah in Islam. Here are 50 points, may Allah increase both the Shaikh and the Imam in good, ameen.

May Allah make us from amongst those who establish their Salah and pray it in a similar manner our beloved Prophet did, may the peace and blessings of Allah be upon him. Ameen.