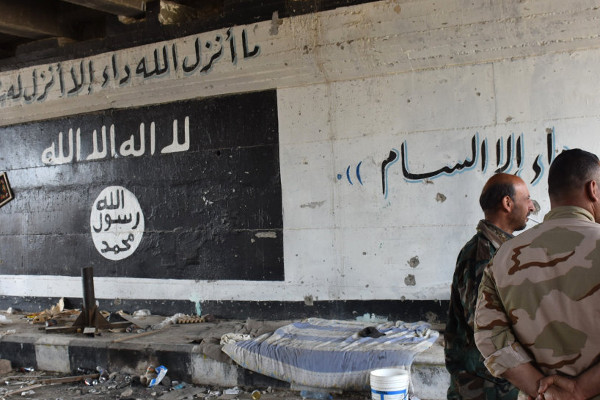 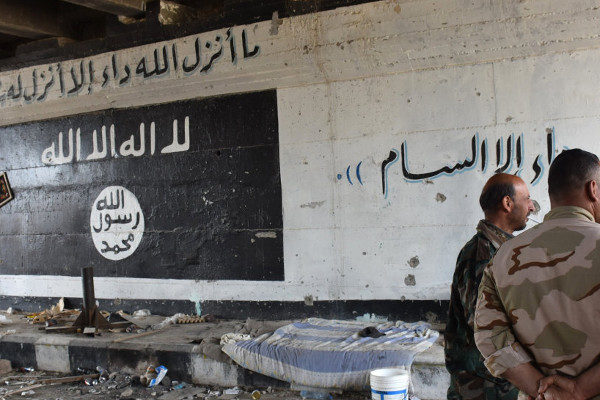 LONDON — As ISIS stands on the brink of defeat in its previous heartlands in Syria and Iraq, analysts say the group’s effort to win the information war is also failing.

As its propagandists can no longer maintain a pretense of military victory, they are switching attention to trying to inspire attacks overseas.

A recent video produced by the media arm of ISIS demonstrates the dramatic change in the group’s multimedia efforts.

Gone are the scenes of hundreds of victorious ISIS fighters, the huge arsenals of weapons and the boasts about the swaths of territory the militants control. There is no illusion either of the populations living in purported blissful harmony in the Islamic State’s dreamed-of caliphate.

Instead, the video shows a handful of fighters on an armored truck.

“It looks like this is in Raqqa. They’re trying to portray the Islamic State’s army as still this professional, capable, well-oiled machine. But, I mean, this is three guys in one truck in an abandoned city. It’s miles apart from what they used to do,” said Charlie Winter, an expert in terrorist propaganda at the International Center for the Study of Radicalization at Kings College London.

Winter says the most significant change occurred during the past few weeks.

“The ISIS is far less productive than it’s ever been,” he said. “I mean, it’s almost as if someone has pressed mute on its propagandists. But in October, that was when it really suddenly went silent, and I think that’s because a media center or a few media centers had been destroyed around Raqqa and Mayadin (in Syria) in particular.”

The territory held by ISIS has shrunk to a fraction of the area it controlled just a year ago and it has far less source material from which it can create its media.

U.S.-backed coalition forces battling ISIS have also learned the importance of its propaganda. On the ground and online, its media operations have been targeted. Winter says the militants are recalibrating their followers’ expectations of victory — from dreams of an Islamic caliphate to mere survival.

In previous years, ISIS propaganda was aimed at luring foreign believers to live in its purported Islamic utopia.

“No longer is it calling for people to travel to Iraq and Syria,” Winter said. “Instead, it’s really trying to double down on getting people to carry out operations back in their home countries.”

That is where ISIS propaganda is trying to claim success. Despite little evidence of direct links, the group trumpets that it has the ability to inspire terror attacks anywhere in the world, such as the series of vehicle attacks in London and other European cities, and in New York in October.

That puts a big responsibility on global media that Winter says is effectively sustaining ISIS, even as the group is defeated on the battlefield.

The latest video release from ISIS claims that Egypt’s Sinai peninsula will become part of its territory. ISIS fighters attacked a mosque in the region last week, killing more than 300 people.