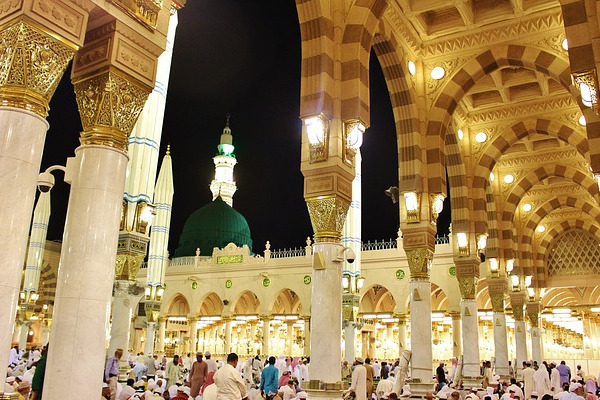 The fact that the companions did build mosques like we do is not proof that it is wrong to build such mosques.

“In Sharh Usul al-Bazdawi of al-allama al-Akmal: ‘the majority of our colleagues (among the Hanafis) and the majority of the Shafi’is have said that matters which admit of permissibility or prohibition in the Sharia before its transmission remain permissible, and that is the basic presumption regarding them… so they deemed permissibility the basis, and prohibition is by demonstrating negation…’” Rad al-Muhtar, Imam Ibn Abidin

It has become quite common, especially in Rabi’ al-Awwal, to hear the question, “Did the Sahaba celebrate Mawlid?”

That question has even become a source of doubt for some due to the sheer frequency with which it is asked and, at times, the caliber of those asking it.

Yet unless it is being asked simply due to genuine ignorance, it is not a fair and honest question. In the context of a discussion about the Mawlid where proponents are expected to justify it, this question is what in logic is known as the fallacy of many questions which is defined as “the rhetorical trick of asking a question that cannot be answered without admitting a presupposition that may be false”. The most well known example of that fallacy is the question, “Do you still beat your wife?” That question cannot be answered without admitting that one used to beat one’s wife, and more fundamentally that one has a wife neither of which may be true of the one being questioned.

Similarly the question, “Did the Sahaba celebrate Mawlid?“cannot be answered without assuming that the observance of the Mawlid by the Sahaba is of legal relevance to the legitimacy of the act of Mawlid. And that assumption depends on a more fundamental assumption that it is being claimed that the Mawlid is something legislated by the Prophet (Allah bless him and grant him peace) like the prayer of gratitude for example.

The question is thus simply irrelevant.

People only claim that the Mawlid is a good deed, like walking an old lady across the street; or collecting the Quran and hadiths into bound books; or making Thursdays and Fridays weekends, which agrees with generally accepted principles in the Sharia without contradicting others. We should understand that that is why pro-Mawlid writings cite the type of evidence they cite: general examples of new good things done by Sahaba and early Muslim and general verses that encourage remembrance, celebration, and veneration of our master Muhammad (Allah bless him and grant him peace).

That approach is consistent with the well established principle of Jurisprudence, indicated in the quote at the beginning of this note, that “the basis regarding matters is permissibility unless there is evidence to the contrary” which the vast majority of the jurists have agreed upon.

Therefore, if someone makes the claim that something is merely good and doesn’t contradict the Sharia he doesn’t need to “prove” anything. However, if someone wants to say that some matter is bid’a (an evil innovation) or otherwise haram then he would need to produce proof and arguments. Indeed a bid’a could not have been commented on by the Prophet (Allah bless him and grant him peace) or his companions (Allah be pleased with them) so the one making to claim would need to demonstrate how he knows that Allah has prohibited it!

And so the question shouldn’t be, “Did the Sahaba celebrate Mawlid?”, rather it should be, “Is there any indication from the Sahaba that celebrating the birth of the Messenger of God (Allah bless him and grant him peace) is a bad thing?”

And I think we all know the answer to that question.