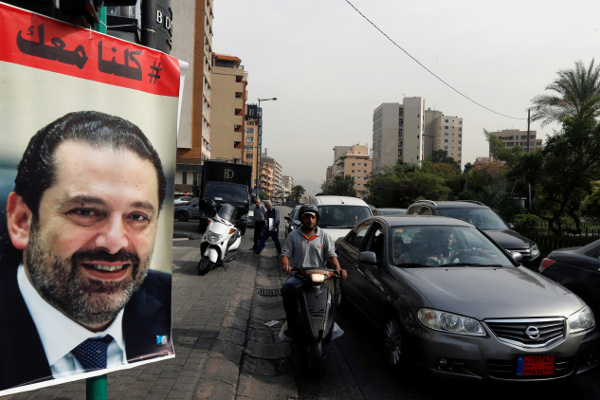 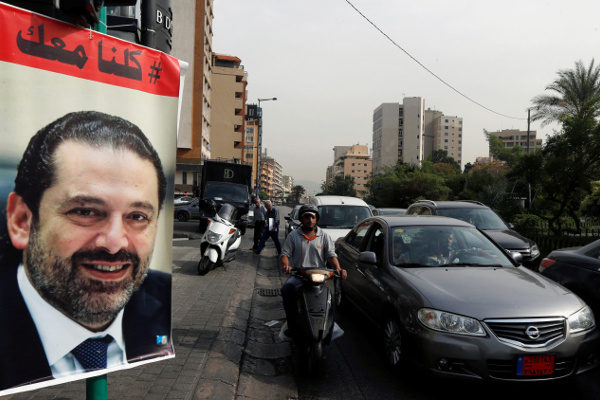 Lebanon’s president has sharply upped his rhetoric against Saudi Arabia in the war of words that’s been waged between the two countries since the shock resignation earlier this month of Lebanese Prime Minister Saad Hariri.

The Lebanese prime minister announced his resignation abruptly while visiting the Gulf kingdom, his longtime patron, in a pre-recorded television address.

In a tweet, President Michel Aoun said he is sure Hariri is being detained against his will in Saudi Arabia and accused Riyadh of an act of aggression against Lebanon.

Earlier this week, Aoun told Western foreign ministers he was positive Hariri had been kidnapped by the Saudis, but publicly avoided leveling the weighted charge as an “act of aggression” against Saudi Arabia. And he said publicly that anything Hariri has said or may say should be discounted, arguing it “does not reflect reality” due to the mystery surrounding his current status in Saudi Arabia and why he has felt unable to return to Beirut.

“Nothing justifies the failure of Prime Minister Saad Hariri to return for 12 days, therefore we consider him to be held and detained, contrary to the Vienna Convention,” Aoun said on the presidency’s official Twitter account.

Shortly after Aoun’s remarks, Hariri tweeted he was “very, very well” and that he would “return if God wills it to the beloved Lebanon just as I promised. You’ll see.”

Hariri’s resignation while visiting his family in Saudi Arabia, where they live, surprised even his close aides. And it has plunged Lebanon into another political crisis, thrusting it to the center of a power struggle between the Saudis and their Gulf rival, Iran, and sharpening the confrontation in the region between Sunni Muslims and Shi’ites.

His resignation is wrecking the prospects of Lebanon’s coalition government, which was formed just last month. The coalition government includes Hezbollah, the radical Shi’ite movement. Some analysts argue Riyadh has become frustrated with Hariri’s inability to curb Hezbollah’s power in Lebanon.

For several days, Hariri made no public remarks after quitting on November 4. In his resignation announcement, Hariri said he feared he would be assassinated in Lebanon – a fate that befell his father Rafic Hariri, a two-time prime minister, in 2005 – and he accused Iran and its ally, Hezbollah, of disrupting the Arab world. The Saudis say they did not coerce the resignation and are not holding Hariri against his will.

Aoun has refused to accept the resignation while Hariri remains out of the country. Lebanon’s Internal Security Forces and Ministry of the Interior have said they were not aware of any assassination attempt being planned against Hariri.

On Tuesday, there was relief in Lebanon when Hariri tweeted everyone should remain calm. “People, I am fine. And God willing I will come back in a couple of days. Let’s chill.”

On Sunday, he conducted a live interview with a Lebanese TV affiliate of his political party. But it failed to dispel doubts about why he was remaining in Saudi Arabia or whether he is a truly free agent or assuage Lebanese fears that his resignation was orchestrated by the authorities in Riyadh, who fund Hariri’s Future Movement party.

Hariri appeared agitated in the television interview, and at one point suggested he might rescind his resignation, if Hezbollah committed to stop their involvement in conflicts in the region, citing specifically the war in Yemen, where Saudi Arabia has been confronting Iran-backed Houthi rebels.

He adds, “They have long been somewhat resigned to Hezbollah’s armed presence in Lebanon, and they largely lost the battle to deny Iran and Hezbollah victory in Syria. But neither of those arenas impact the security of Saudi Arabia directly. Hezbollah has been building up its presence in Yemen and [Hezbollah] Secretary-General Hassan Nasrallah has raised the Houthi cause and the war against Saudi Arabia there as a main cause of Hezbollah in recent speeches.”

Lebanon’s rival political factions have called for calm, but the resignation has stoked fears that it could trigger a conflict between Lebanon’s Sunni factions and Hezbollah.