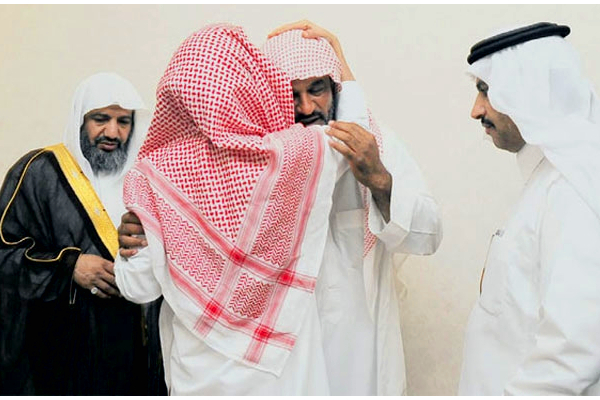 The killer, Faisal al-Ameri, kisses the forehead of Rabi’a al-Dousary, the father of the young man he killed. (Photo: al-Yawm newspaper)

A Saudi father pardoned his son’s killer if he successfully memorized the Holy Quran, a local newspaper reported on Saturday.

Ameri was sentenced to death for killing Dousary during a quarrel that erupted in their neighborhood.

The Higher Committee of Correction in the Eastern Province of the Kingdom has persuaded the father to forgive and pardon Ameri.

The father, who refused to receive any blood money, opting to teach Ameri a far more valuable lesson, insisted on one condition: the killer to fully memorize the Quran before his release from prison.