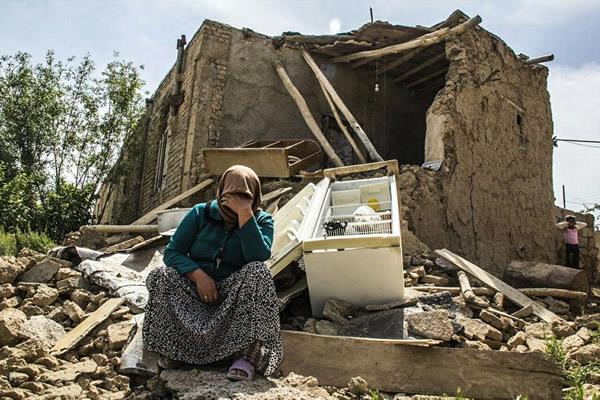 Thousands of people spent a second night in makeshift tents or out in the open as authorities downplayed hope for finding more survivors of a powerful earthquake near the Iran-Iraq border that killed hundreds of people.

Iran’s Kermanshah Province bore the brunt of the quake, with state media saying that at least 430 people died and about 7,000 others were injured in the country when the quake hit on November 12.

During a visit to Kermanshah on November 14, Iranian President Hassan Rohani promised that the government would “use all its power to resolve the problems in the shortest time.”

The government declared November 14 as a day of national mourning for the victims of the quake.

In the more sparsely populated areas across the border in Iraq, officials said at least seven people were killed and more than 530 others injured as a result of the quake. Iraq’s Red Crescent put the toll at nine dead.

Interior Ministry spokesman Brigadier General Saad Maan said that all the casualties were in the northern Kurdish region.

The U.S. Geological Survey said the 7.3 magnitude quake was centered 32 kilometers southwest of the city of Halabja in northeastern Iraq at a depth of 33.9 kilometers.

Tehran University’s seismological center said the quake struck at 9:48 p.m. local time on November 12, with residents reporting feeling the quake throughout the region, from Turkey to Kuwait.

Iranian state television said thousands were huddling in makeshift camps in bitterly cold temperatures overnight while many others braved the cold and spent a second night in the open for fear of more tremors to come after some 190 aftershocks struck the region.

Reports said that by early on November 14, Iranian authorities had called off most rescue operations, saying not many more survivors were likely to be found in the hardest hit province.

“The rescue operations in the Kermanshah Province have ended,” Pir-Hossein Kolivand, head of Iran’s Emergency Medical Services, said on state TV, according to the Reuters news agency.

“Newly constructed buildings… held up well, but the old houses built with earth were totally destroyed,” he added.

United Nations Secretary-General Antonio Guterres said he was “deeply saddened by the loss of life” and the UN “stands ready to assist.” Offers of help came from elsewhere, including Italy, which was also hit by devastating earthquakes recently.

Suma Saffari, a journalist in Sanandaj in Iran’s Kurdistan Province described to RFE/RL how the quake had wreaked havoc in the region.

“The house shook vigorously and everything was falling from shelves,” he said. “People were shocked. Many took into their cars and drove away.”

“There are many people in the streets. Many windows are shattered, homes are damaged,” Saffari added.

She said health officials were asking citizens to donate blood for the injured and that local residents were in urgent need of blankets, food, water, and infant formula.

Jalil, a resident of the Iranian city of Kermanshah, told RFE/RL that electricity and phone connections were cut for several hours after the quake struck.

Nishtman Assadi, a local reporter in the city of Kermanshah, told RFE/RL that many residents in the affected areas were in a panic. “They don’t even have drinking water.”

“The local Red Crescent is trying to help people. They are distributing tents…. But the number of people left without shelter is huge and I don’t think they would be able to provide everyone with temporary shelter,” Assadi said.

The town of Sarpol-e Zahab, about 15 kilometers from the Iraq border, was the hardest hit, with more than half the casualties reported there, reports said.

The hospital there was heavily damaged, and the army set up field hospitals, although many of the injured were moved to other cities, including Tehran.

Survivors “are now looking for their belongings, for their loved ones under the rubble,” an eyewitness says in the narration of a video he said he shot in Sarpol-e Zahab.

The man, who did not identify himself, said that soldiers without equipment were struggling to aid rescue efforts.

The soldiers “are completely empty-handed,” he said. “They don’t even have masks and gloves, so it’s useless.”

Iraqi Prime Minister Haidar al-Abadi issued a directive for the country’s civil defense teams and “related institutions” to respond to the natural disaster, according to his office.

Iraqi news agencies showed photos of crumbled buildings in around the city of Sulaimaniya in the Kurdistan region, saying at least 50 people had been injured in the town of Darbandikhan.

Damage was also reported at a dam holding back the Diyala River near Darbandikhan.

“There are horizontal and vertical cracks on the road and in the body of the dam and parts of the dam sank lower,” Rahman Hani, the director of the dam, told AP news agency

AFP reported that local authorities called on the population in the southern area of the town to leave their homes, fearing that the dam would burst.

Iran is on many major fault lines and is often hit by damaging earthquakes. In 2003, a 6.6-magnitude quake destroyed the historic city of Bam, killing 26,000 people.