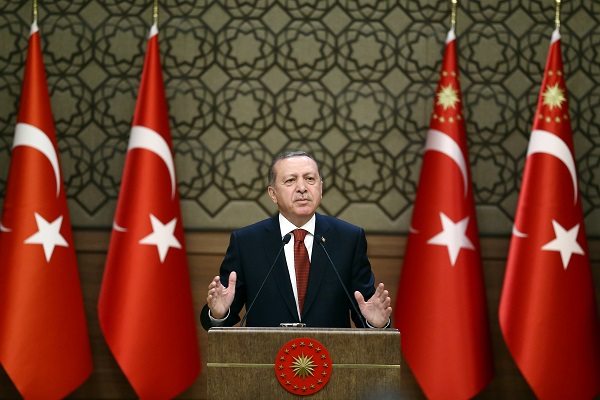 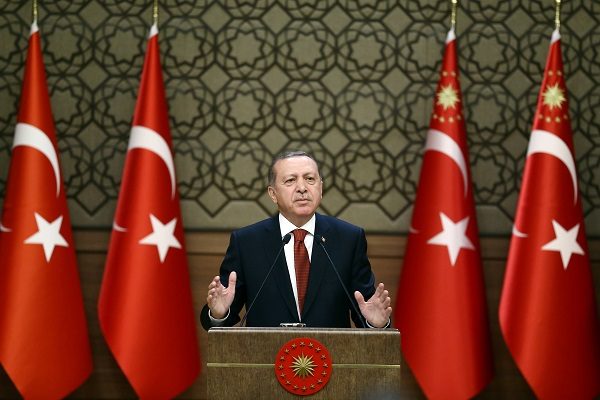 By: The Daily Star (Lebanon)

ANKARA: Turkish President Recep Tayyip Erdogan on Thursday harshly criticized the existence of a quota for gays on a neighborhood committee, saying it was at odds with the nation’s values.

In what appeared to be a direct political attack, Erdogan said the committee was in a city run by the main opposition Republican People’s Party (CHP), which has repeatedly labelled him a “dictator” in recent months.

“Their ties with the values of our nation have become so severed that in a district run by the CHP of a major city, a one-in-five gay quota is put forward for the local committee elections,” Erdogan said in a televised speech.

“When there is no moderation left in a party, no-one knows where it can lead them. Let them continue like this,” he added in a speech to local Turkish officials (mukthars) where he often makes his toughest pronouncements.

It was one of the first times that Erdogan, who regularly promotes family values, has even mentioned homosexuality in a speech, a topic he has generally steered clear of.

Turkish media said the president was likely referring to the so-called City Council (Kent Konseyi) in the Nilufer district of the western city of Bursa, which has a quota for women, disabled and LGBT candidates in elections.

According to its website, the organisation does have a quota where one out of every five candidates must be gay.

The City Council organisation, which campaigns for the environment and holds events including photo exhibitions, gives no political affiliation but the Nilufer district is run by the CHP.

Homosexuality has been legal in Turkey throughout the period of the modern republic and was also legalized in the Ottoman Empire from the mid-nineteenth century.

But gays in Turkey regularly complain of harassment and abuse in much of the country, although there are relatively gay-friendly areas in small parts of Istanbul and Ankara.

The annual gay pride rally in Istanbul, once a major event, has been thwarted by the authorities for three years in a row.

Critics say the ban is linked to a creeping conservatism under Erdogan but the authorities say they are merely acting in the interest of public security.