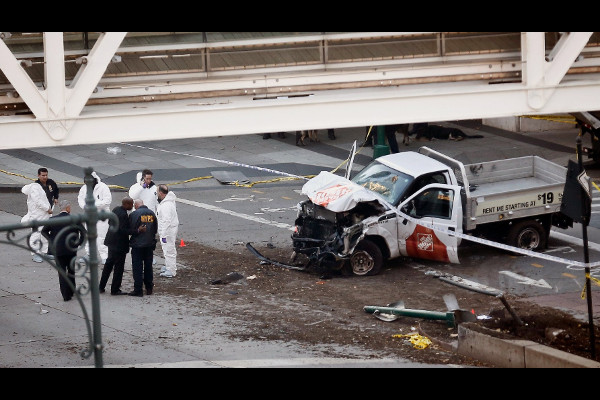 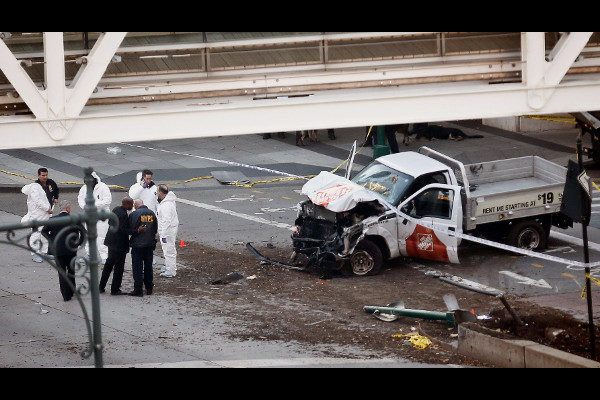 A sister of New York City terror suspect Sayfullo Saipov has told RFE/RL from their native Uzbekistan that her family believes the 29-year-old was “brainwashed” and has pleaded with U.S. authorities to give him “time” and a “fair trial.”

Umida Saipova, 27, offered condolences to the families of the victims of the October 31 rampage in which Saipov is accused of plowing a pickup truck through a bike path in Manhattan, killing eight people and leaving around a dozen others injured.

“My mother says she didn’t notice any sign of [radicalization] when she visited him in the U.S. twice,” Saipova said of 50-year-old Muqaddas Saipova, who was last in the United States to visit her son earlier this year. “My mother said she would have brought him back to Uzbekistan had she noticed anything.”

Saipov was shot in the abdomen and apprehended by police, reportedly after fleeing the rented truck, which authorities say contained messages expressing support for radical Islamist group ISIS. The perpetrator was said to have shouted, “Allahu akbar,” as he left the scene of the attack.

The incident was the deadliest terrorist attack on New York City since Al-Qaeda militants slammed hijacked passenger jets into the Twin Towers of the World Trade Center in 2001, killing more than 2,600 people.

Prosecutors reported that Saipov said he was inspired by ISIS and “felt good about what he had done,” even demanding to hang an ISIS banner in his hospital room.

ISIS on November 3 declared in an article in the group’s weekly newspaper that “one of the soldiers of the ISIS attacked a number of crusaders on a street in New York City,” according to the SITE Intelligence Group. The group called the attacker a “soldier of the caliphate.”

Informed in Tashkent of her brother’s reported request to hang the ISIS flag in the hospital, Saipova said “there was no sign” of a problem.

“We don’t know who has brainwashed him,” Saipova said, speaking in Uzbek by telephone. “We don’t know his circumstances. We don’t know. Perhaps he’s become part of some organized group.”

She added: “I don’t know, honestly, how long it will take for his head to get rid of that poison, but I’m sure he will come to his senses, God willing.”

But she acknowledged that the family had been alarmed at one point after Saipov’s 2013 marriage to see an image of him with a full beard in the style of some extreme religious elements.

“When we first time saw him on Skype with a beard, we got scared, honestly. We were terrified,” she said. “I cried and called him and asked him why.”

Saipova said her brother told her about having been stopped in his car and mugged, and said he grew a beard to appear older and “to scare them.”

The family had a “normal” conversation with her brother, a permanent legal U.S. resident since 2010, one day before the attack in New York, she said.

“I spoke with him by the phone a day before,” Saipova told RFE/RL. “He was in a good mood. It was a usual, good conversation.”

He had told them he was eating his mother’s “favorite pastry” on his way to pick up a client at the airport, she said.

Saipov worked as an Uber driver in the New Jersey area for about six months before the attack.

Saipova said she was prepared to travel to the United States to speak with her brother in hopes of discovering what might have driven him to violence.

The criminal complaint filed with an injured Saipov present in federal court on November 1 said that the accused had waived his right to remain silent or have an attorney present in speaking to investigators from his Manhattan hospital bed.

New York Governor Andrew Cuomo suggested Saipov was radicalized after he arrived in the United States from Uzbekistan in 2010 via the U.S. Diversity Visa Immigrant Program, known as the green-card lottery.

In the hours after the attack, U.S. President Donald Trump tweeted out calls for “the NYC terrorist” to be sent to Guantanamo, the military facility in Cuba where U.S. officials have kept designated “enemy combatants” since 9/11.

But Trump later cited “something appropriate about keeping him in the home of the horrible crime he committed” and suggested the process “should move fast. DEATH PENALTY!”

“We don’t think he should be given the death penalty immediately,” a crying Saipova told RFE/RL. “We are hoping for a fair trial. We are ready to go there, if it’s possible, to talk to him.”

She urged U.S. authorities to “give him a bit more time,” adding, “Please pass my message to Trump, if possible.”

Both of Saipov’s parents and an uncle were said be undergoing questioning by authorities in Uzbekistan, and Saipov’s sister said on November 3 that the family “still doesn’t know where” her father and uncle “are now.”

She said her mother had returned to their Tashkent-area home on November 3 from the hospital, where she was taken to be treated for what Saipova described as “shock.”

Later efforts on November 3 to contact Umida Saipova by telephone or at the home on the outskirts of Tashkent were unsuccessful.