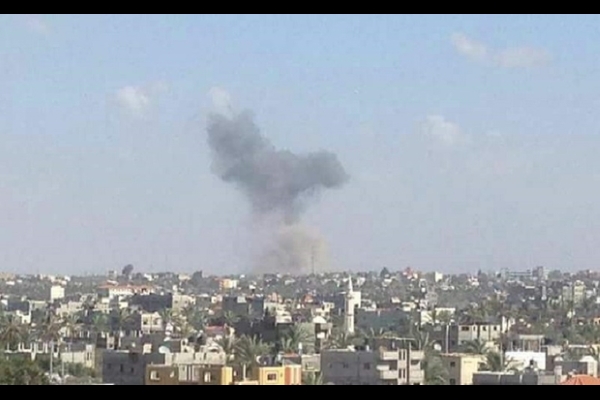 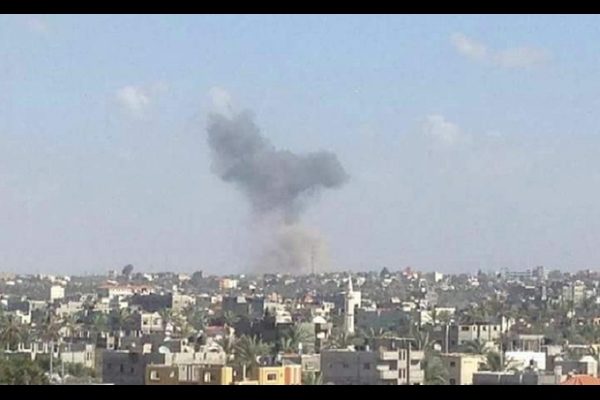 Palestinian security forces in Gaza began abandoning their bases and headquarters following the destruction of what Israel claimed was a tunnel being dug across the Gaza Strip border.

Israeli forces blew up the tunnel killing at least six people, according to the Gaza health ministry, as Israel warned Hamas it was ready to respond to further provocation.

Lieutenant-Colonel Jonathan Conricus, an Israeli military spokesman, said the tunnel was being dug from Khan Younis across the border.

The tunnel reached to Israel’s “security fence”, east of the Kissufim kibbutz.

Israel claimed all casualties were members of Islamic Jihad, a group allied with Hamas. Asked by reporters if Hamas, rather than another armed faction, had dug it, Conricus said: “I cannot confirm that.”

“The [Israeli army] does not intend to escalate the situation but stands prepared for a variety of scenarios,” he said.

“The working assumption is that this is not the only tunnel that Palestinian terrorist organisations are trying to dig.”

Hamas officials in Gaza had no immediate comment. Paltoday, a website that supports Islamic Jihad, said the tunnel belonged to that group’s armed wing.

“The occupation government should learn that we will not fail to protect our people and land,” said Daoud Shihab, a spokesman for Islamic Jihad.

“We affirm our right to respond to the aggression of the occupation today.”

“We see Hamas as being responsible for any attempt emanating from its territory, and carried out by people who are under its authority, to impinge on our sovereignty.”

Monday’s operation comes as Palestinian rival factions Hamas and Fatah seek to follow through on a reconciliation deal signed earlier this month and aiming at ending a decade-long rift between them.

Hamas is due to hand control of the Gaza Strip back to the Palestinian Authority by 1 December under the agreement.

The group seized the enclave in a near civil war with Fatah, based in the occupied West Bank, in 2007.

Israel has warned that it will not accept a unity government that includes Hamas if it does not disarm and recognise the country, among other demands.

Israel launched its 2014 operation in Gaza with the stated objectives of halting rocket fire and destroying attack tunnels into Israel.

During the war, 32 tunnels were discovered, including 14 that extended into Israel, according to a UN report on the conflict.

It was the third war in Gaza since 2008 and the longest, deadliest and most destructive.

On the Israeli side, 74 people were killed, all but six of them soldiers.