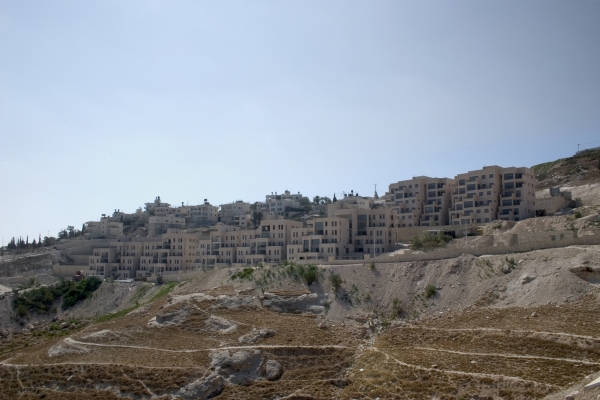 Israel has approved the construction of 176 homes in east Jerusalem, paving the way for what will be the largest settlement inside a Palestinian neighbourhood of the city.

The development will almost triple the size of the Nof Zion settlement, where there are currently 91 homes, in the Jerusalem neighbourhood of Jabal Mukaber, south of the Old City which is currently home to some 14,000 Palestinians.

The decision, approved by a planning committee, was announced by Jerusalem’s deputy mayor Meir Turjeman on Wednesday.

It gives the go-ahead to the latest in a growing number of settlements in annexed east Jerusalem, which are illegal under international law and have been condemned by rights groups as an attempt to consolidate Israeli control over the city.

“Building a large settlement in the heart of a Palestinian neighbourhood would constitute a severe blow to Jerusalem and to the chance to arrive at a two state solution,” said Peace Now, an Israeli group that monitors settlement construction, in a discussion of the plans this August.

“It appears that the government has opened all the floodgates when it comes to settlement developments within Palestinian neighbourhoods”.

The number of new private settlement builds in east Jerusalem rose by 39 per cent in the seven years after Benjamin Netanyahu’s election in 2009 as prime minister. Netanyahu has been a fierce advocate for settlement building in the mostly Palestinian east of the city, vowing it will remain “undivided” under full Israeli control.

Recent high-profile plans for settlement expansion include the go-ahead, in January, of 566 new homes and the July approval of 1,800 new settlement units in east Jerusalem, including two new buildings in the Palestinian area of Sheikh Jarrah.

While large settlements are frequently established alongside Arab districts, most of those inside Palestinian majority areas tend to be small “enclaves” – making the much larger Nof Ezion proposal a departure from the norm.

The plan for the Jabal Mukaber district dates back to the 1990s, according to Peace Now, when a plan for 395 units on land privately bought by Jewish Israelis was approved.

Expensive luxury flats in the heart of a Palestinian area proved a tough sell, however, and the project went bankrupt after the construction of its first 91 buildings.

Much of the land was bought by Shemeni Properties Ltd which put forward the newly approved plans.

Peace Now reports that the man behind the company is Kevin Bermeister, an Australian tech entrepreneur who also founded Jerusalem 5800, a master plan that envisages extensive tourism development in the city and pitches for an airport to be built between Jerusalem and the Dead Sea.

Ir Amim, an Israeli NGO, described the approval as the latest in a growing number of dormant settlement projects to have been revived by east Jerusalem planning committees, and the first large-scale private settlement to have been approved in the city since 2011.

“The building permits will issue a clear statement that the Israeli government sanctions and supports the establishment of new facts on the ground designed for this purpose,” it said in a release.

The move comes ahead of a vote, due on Sunday, on whether Israeli local authorities that lie beyond the Green Line should be annexed to the Jerusalem municipality.

The move, which would mean settlements Maaleh Adumim and Gush Etzion, among others, would be classed as part of Jerusalem, was described by transport minister Yisrael Katz as one that would “weaken the Arab hold on the capital”, according to Haaretz.