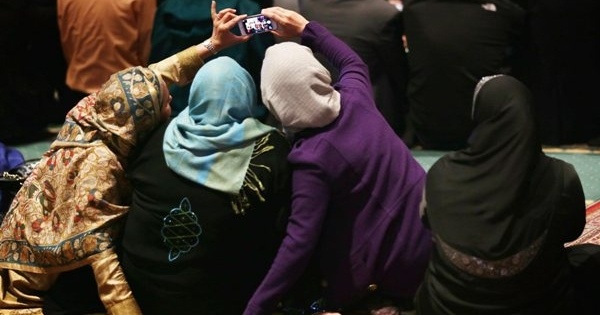 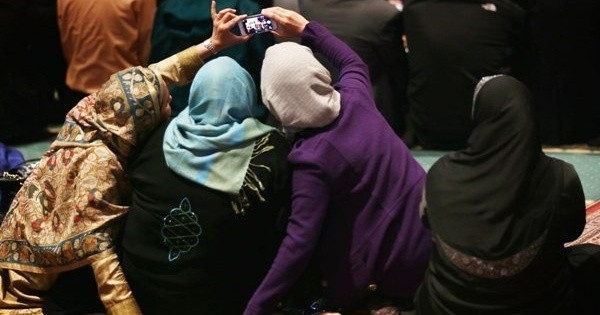 ISLAM prohibits sinful speech that intends to cause harm to other human beings. It also prohibits excessive laughter or extreme humor.

People in general do not think twice about what they are saying; they forget that every word they utter is being recorded and will have to be accounted for on the Last Day.

This attitude is the opposite of that required of a believer, which is described in the following Hadith:

The Prophet (peace be upon him) said: “Whoever believes in Allah and the last day should either speak what is good or remain silent.” (Sahih Bukhari)

There are many forms of sinful speech, the most common of which is gossip. Gossip can be of two types: Backbiting, which means to talk negatively about a person who is absent, even if what is being discussed is true.

The second type is slandering, which means lying while speaking negatively about others. This category includes suspicion without evidence, mockery and looking for faults in others. Allah has prohibited all of the above in the following verse: “O you who have believed, avoid much [negative] assumption. Indeed, some assumption is sin. And do not spy or backbite each other. Would one of you like to eat the flesh of his brother when dead? You would detest it. And fear Allah; indeed, Allah is accepting of repentance and Merciful” (Qur’an, 49: 12)

These sins of the tongue, which people treat lightly, are actually the root causes of disunity among the Muslims. If we are constantly thinking negatively about, looking for faults in, and spreading rumors about our fellow Muslims, how can we ever expect our hearts to be united?

It is human nature to enjoy a good joke and laugh. Islam does not prohibit this; it does not expect us to be strict and serious all the time. It allows laughter and humor. On many occasions, it has been reported that the Prophet (peace be upon him) laughed so much that his molars became visible, as in the following narration: “When the Messenger of Allah arrived after the expedition to Tabook or Khaybar [the narrator is not sure which], the wind raised an end of a curtain that was hung in front of Ayesha’s storeroom, revealing some dolls that belonged to her. He asked: What is this?

However, there are limits. The Prophet (peace be upon him) has forbidden us from joking too much because it deadens the heart.

He said: “Do not laugh too much, for excessive laughter kills the heart [spiritually].” (Ibn Majah)

He also said: “If you knew that which I know, you would laugh little and weep much.” (Bukhari)

Thus, moderation is required even in humor. It is also vital to understand that there is a time for laughter and humor, and a time for seriousness and sobriety. The reason for this prohibition is that excessive laughter makes people take life less seriously, and they begin to see humor in everything.

It also makes them so accustomed to humor that they are unable to sit through any serious speech. Such people find lectures boring and do not attend anything beneficial simply because they do not find it funny. This is what is meant by excessive laughter killing the heart.

Consequently, the current norm of watching too many comedies and sitcoms is completely unacceptable. It is difficult to find a person who is accustomed to laughing all day who still takes Islam seriously. Muslims should realize that life is serious and that there are some things they cannot joke about; there is a time for laughter and a time for seriousness.

It should also be noted that jokes that mock or degrade any demographic group or individual are completely prohibited, as are fabricated stories that make people laugh, unless the audience knows that they are not true. Of course, the best jokes are the ones based on true, daily-life anecdotes.

There is no harm in narrating such incidents to others to share a laugh.

Regarding mockery and degradation, Allah has informed us: “O you who have believed, let not a people ridicule [another] people; perhaps they may be better than them; nor let women ridicule [other] women; perhaps they may be better than them. And do not insult one another and do not call each other by [offensive] nicknames. Wretched is the name [that is, mention] of disobedience after [one’s] faith. And whoever does not repent — then it is those who are the wrongdoers.” (Qur’an, 49: 11)

As for lying when making jokes, the Prophet (peace be upon him) said: “Woe to him who lies to make people laugh. Woe to him! Woe to him!” (Abu Dawood)

Finally, the worst type of joke, which is forbidden, is one about Allah, His messenger or anything related to Islam. Such jokes may actually take a person out of the fold of Islam and can be regarded as kufr.

Consequently, certain practices that are rife among some Muslims, such as mocking the hijab (veil ordained by Allah for believing women), the beard or polygamy, among other things — amount to an extremely unacceptable sin and could at times be considered equal to kufr. It is a sign of hypocrisy; a person claims verbally to be a Muslim, but inwardly hates or mocks Islam or certain aspects of it.

Moreover, medical science too prohibits excessive forms of laughter. Here is an extract from Wikipedia about the negative effects of excessive laughter:

“Laughter is not always a pleasant experience and is associated with several negative phenomena. Excessive laughter can lead to cataplexy, and unpleasant laughter spells, excessive elation, and fits of laughter can all be considered negative aspects of laughter. Unpleasant laughter spells, or “sham mirth,” usually occur in people who have a neurological condition, including patients with pseudobulbar palsy, multiple sclerosis and Parkinson’s disease. These patients appear to be laughing out of amusement but report that they are feeling undesirable sensations “at the time of the punch line.”

Islam brings about the perfect balance of actions and anything in excess is surely harmful. Being humorous and laughing or smiling on halal (permissible) forms of jokes has been the sunnah of Prophet (peace be upon him). However, doing Ghulu in it was prohibited by him.