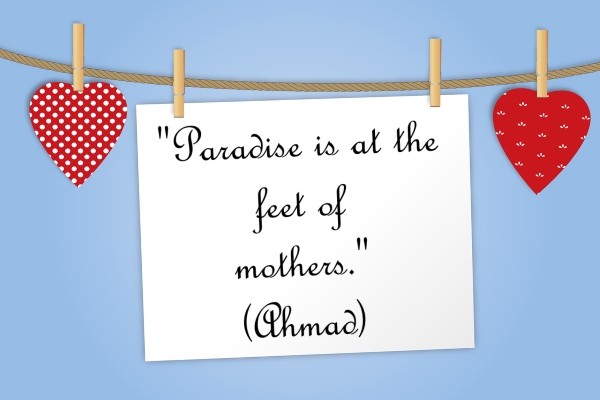 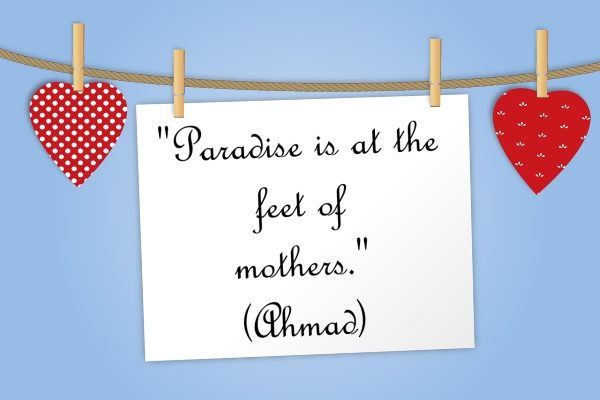 Let us for a while turn the clock backwards to a point some 25 year behind.

On an unpleasantly cold, mystifying night the moon is sheltered by the murky looming clouds. The night’s eerie silence is punctuated only by an occasional bark of a dog or by a cacophony caused by two cats fighting.

Suddenly the oppressive regime of the night is sharply interrupted by a very shrill scream.

And what happens next?

A woman suddenly gets up from her deep slumber and throws her blanket aside.

Please do not take this to be the beginning of a horror story or a thriller. This is the narration of a scene of reality that you would witness in every home where there are babies. The scream in this particular story is that of a baby boy and the woman who gets up instantly on hearing this scream is none other than his mother. Like all other infants this boy too has absolutely no sense of timing and neither is he bothered about the fact that his mother badly needs a good night’s sleep after a hard day’s work. The most amazing thing, however, is that the mother wakes up from her sleep at such an odd hour, nurses her baby and attends to all his needs, including changing his nappy, with all her heart and without even a sign of irritation.

And now, twenty-five years later, let us witness what transpires between the same boy and his mother.

It is a very pleasant cloudless night with the full moon radiating a soothing glow of light.

The young man and his wife are in their bedroom. Both are engrossed in their smartphones. Suddenly they hear the gentle voice of the husband’s mother. She is calling her son from her bedroom and her voice is reflecting pain. The man asks his wife to go and see why she is calling. The wife refuses to go. She says she is busy chatting with her friend in WhatsApp.

The man stands up and proceeds towards his mother’s bedroom. Standing on the doorway, he says in an irritated voice, “Mom, what is wrong? Why are you calling me? You know that after a hard day’s work, this is the only time we get to relax.”

“I am sorry I could not help calling you. I have an unbearable pain in my head and since your father is away, I was wondering if you or your wife could massage my head.”

“But Mom, why don’t you take some painkillers?” says the man.

“It’s okay, my love, don’t worry. Go back to your room. I will manage somehow,” says the mother.

Allah, the most glorified, the Most High, has placed a unique and a very strong magnetic bond between the mother and her baby. This is the relationship that, when felt to its deepest degree, causes the mother to feel that the baby is a part of her. This feeling is so strong that the mother feels complete when she is with her baby and incomplete when they are apart.

In Islam motherhood has been given a very high status. Allah the Most High, says in Noble Qur’an:

“Do not commit shirk with Allah and be kind to parents…”

After prohibiting shirk, the Qur’an prohibits disobedience to parents. A disobedient child lives under Divine curse.

Between our two parents, our mother has obviously been accorded a much higher status as can we see in the following hadeeth:

The following verse aptly describes the eminence of the mother’s love for her child:

The unfathomable depth of an ocean,

The towering height of a mountain,

The sweet fragrance of a flower,

The cool and soothing shade of a tree,

The warmth and the radiance of the first ray of the sun,

The calming milky white glow of the moonlight

All these qualities are present in

The sincere and self-sacrificing

Love of a MOTHER

Serve your mother in this world

To secure a lofty place in the next

The golden pages of Islamic history have a very inspiring example of a man called Owais Qarni who secured a very high position after serving his mother.

‘Usair Ibn ‘Amr – or Ibn Jaber – relates that Umar Ibn Al-Khatab, Allah be pleased with him, when reinforcement came from Yemen, used to ask them whether ‘Uwais Ibn Amer was among them. This continued until he met ‘Uwais Ibn Amer, Allah be pleased with him. He asked him are you ‘Uwais Ibn Amer?” When he answered “Yes,” Umar asked him, “Are you from the tribe of Murad from the clan of Qaran?” He answered “Yes.” Then he asked him, “Did you suffer from leprosy and you were cured of it except for the spot as large as a dirham (coin)?” He answered in the affirmative. Then he asked him “Do you have a mother (who is still living)?” He also answered in the affirmative. Then Umar said he had heard the Messenger of Allah, peace and blessings of Allah be upon him, saying, “A man called ‘Uwais Ibn Amer will come to you with reinforcement coming from Yemem. He is from Murad then from Qaran; he used to suffer from leprosy but he was cured of it except for a spot as large as dirham; he is benevolent with his mother; [he is so close to Allah that] if he swears, Allah will fulfil his oath. If you can ask him to supplicate Allah to forgive you, do.” Umar asked him to supplicate Allah to forgive him, and ‘Uwais Ibn Amer did. (Gardens of the Virtuous complied by Al-Imam Al-Nawawi)

As long as your mother is around, love her and serve her as much as you can. A time will come when your mother will have gone very far from you and you will never be able see her even for a moment.

In conclusion here is a hadeeth that very appropriately illuminates the rightful status of a mother:

Mu’awiyah ibn Jahima reported: Jahima came to the Prophet, Allah’s peace and blessings be upon him, and he said, “O Messenger of Allah, I intend to join the expedition and I seek your advice.” The Prophet said, “Do you have a mother?” He said yes. The Prophet said, “Stay with her, for Paradise is beneath her feet.” Sunan al-Nasā’ī 3104

So, revere your mother and cling to her feet, for Jannah lies there!