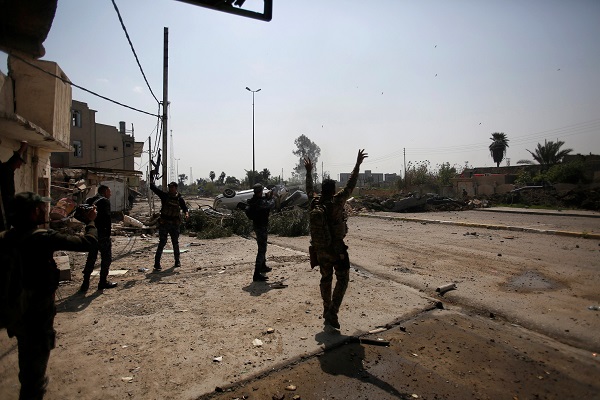 Iraqi rapid response members react as they shoot down a drone belonging to Islamic State militants during a battle with the militants in Mosul, Iraq March 29, 2017. REUTERS/Khalid al Mousily

Led by Hashd Al-Sha’abi (Popular Mobilization Units), the Iraqi Armed Forces began the day by advancing from two different axis, resulting in the liberation of several towns, including Al-Muhammadiyah.

The biggest advance by the Iraqi Armed Forces came from the southern axis of Huwija, where the aforementioned town of Al-Muhammadiyah is located.