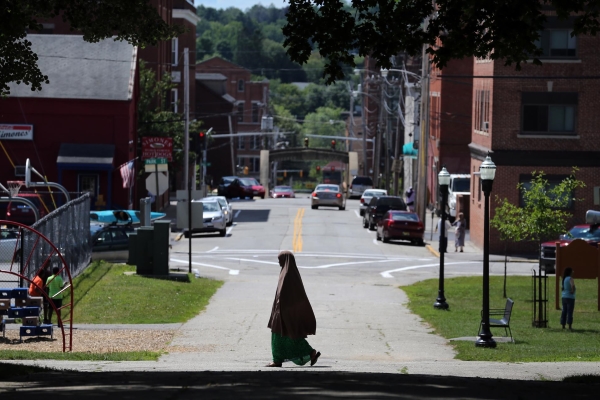 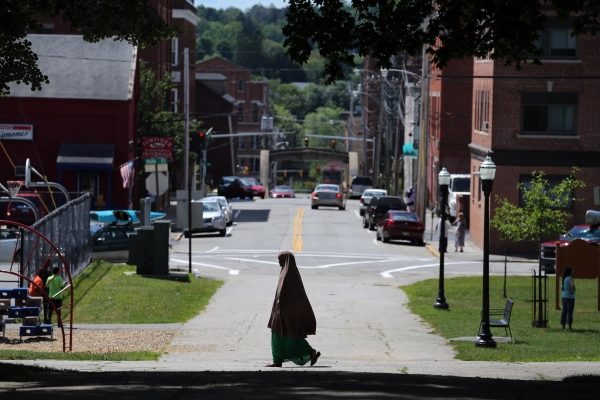 They said “Peace be upon you!”

It was the first time I’d entered a New England mosque and I had so much fear that my years of animosity toward Islam would be perceived and they would see that I didn’t belong. I had studied counterterrorism and saw Islam as backwards.

After so many “peace be upon yous” from Somalian elders with orange beards, Iraqis, Indians and African Americans, I relaxed. And after seeing handfuls of loving dads and their children I realized Muslims love their families just like I love mine. People came together from every corner of the Earth so that they might know each other.

Growing up in Maine, the Muslim community was completely invisible to me, probably because of adolescent myopia.

I knew about the Somali population in Portland and Lewiston because of our high school basketball league, but I never met anyone who identified outwardly as Muslim, who prayed five times a day, believed in Abraham, Moses, Jesus, and Mohammed, and didn’t eat pork or drink alcohol.

Eight years later I became a Muslim and returned home with some questions.

Who should I tell? Should I grow a beard? Could I wear a kufi? Where should I pray? What would my employer think?

I had a hard time reconciling my personal faith with the demands of a fast-paced delivery job where we only took 10-minute lunches.

At first when people asked I said I was growing a beard because of dreams of teaching as a professor, then I shaved it after feeling pressures at home and school.

One university official, who probably didn’t know I was practicing, probed, “Is that a Taliban beard?”

To my surprise a year later the same person helped support interfaith efforts on campus. To process all of these experiences, I wrote poetry inspired by Rumi but never attributed my name, and I only wore a kufi in the mosque.

At first I prayed quickly and hesitated to speak with anyone in the mosque because of deep fears portrayed in the media, of manipulation, or that I’d speak to a “bad egg.”

Being a white Muslim, I attracted more attention when I prayed compared to converts of color, and sometimes this white privilege led to probing personal questions from people I just met.

In my heart, I knew these combined anxieties infringed on my enjoyment of the First Amendment freedoms. Inspired by historic figures like Malcolm X, the struggles of feminists, and black women like Toni Morrison and Maya Angelou, I found the courage to tell my employer that I needed a five-minute prayer break just as others needed cigarette breaks.

I regrew my beard and took better care of it with natural oils. I changed my diet to be healthier with halal meat, honey, and local greens. I even wore my kufi to the community center and public library.

At first the librarians who have known me for 15 years were shocked but something clicked and they smiled with even greater love.

As Robert Atkinson wrote, “The world will tell you who you are until you tell the world.”

As a Muslim in Maine I’ve run the whole gamut of expressing my views and praying in public and keeping quiet.

Practicing this religion has in many ways connected me to my hometown, other cultures and the cycles of nature more deeply.

In the end, everyone is on their own path and to try to explain one’s religion is an immense task.

Looking out at the waters of Casco Bay I can’t helped but be humbled by these words and grateful for the hard-earned freedoms of this country. Every sunrise is a gift.