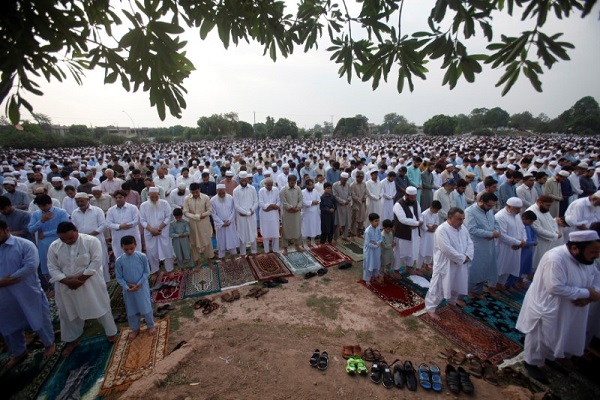 People attend Eid al-Fitr prayers to mark the end of the holy fasting month of Ramadan in a park in Peshawar, Pakistan June 25, 2017. REUTERS/ Fayaz Aziz

Pakistan’s population has increased to over 207 million, according to partial results of the country’s first census in nearly 20 years.

If the new population figure is confirmed, Pakistan would overtake Brazil as the world’s fifth-most-populous country, according to the U.S. Census Bureau.

No date has yet been given for the release of the final census results.

Pakistan last conducted a census in 1998, when the population was 134.7 million.

Previous attempts to hold a census were shelved due to insecurity in Pakistan, where militant groups have waged a bloody conflict against the government.

Political leaders have also expressed concerns about the survey, which is likely to cause some officials to lose influence because of changes in provincial demographics

The count will be the basis for revising political boundaries, parliamentary seat allocations, and federal funding as the country prepares for a general election next year.

Pakistan’s population has grown significantly since its first census in 1951 when the country had 33.8 million inhabitants.

Based on reporting by AFP and AP