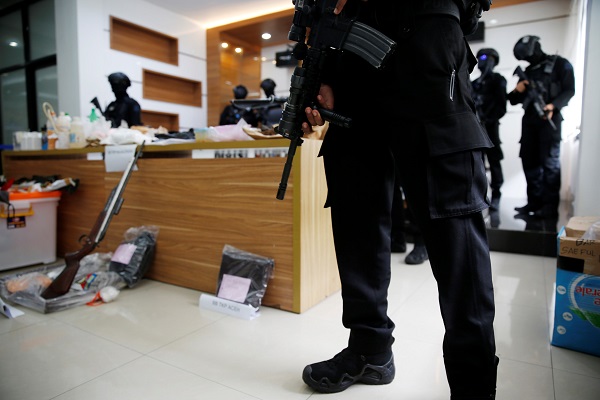 Terrorist attacks have riveted attention in the United States and Europe, but those regions accounted for only a tiny percentage of fatalities from such attacks last year, a new report has found.

Countries like Afghanistan, Pakistan, Iraq, Syria, and Yemen suffered the most frequent and deadly attacks, which were concentrated by region in the Middle East, South Asia, and Africa, the study found.

Attacks by the Islamic State extremist group and its affiliates, while much feared in the West, were heavily concentrated in Iraq, Syria, Pakistan, Afghanistan, Nigeria, and other Middle Eastern, South Asian, and African countries, the report found.

Iraq alone suffered nine of the 11 deadliest attacks in 2016, each carried out by IS, including the single deadliest attack, where a suicide bomber detonated an explosives-laden truck outside a Baghdad shopping center, killing at least 382 people.

South Asia accounted for 27 percent of all attacks and 22 percent of those killed in 2016.

With reporting by AFP