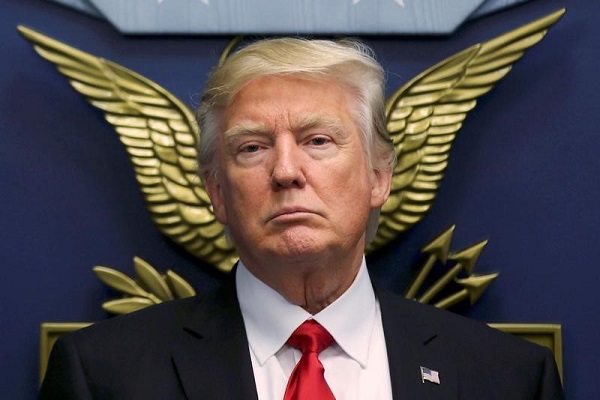 I don’t know what the people of Barcelona think about Trump’s demented and repulsive tale of bullets and pig’s blood – but I know what Mark Twain would have said. He was the finest American political writer of his time – perhaps of all time – and he wrote with bitterness, sarcasm and disgust about the US military’s war crimes in the Philippines in 1906. No doubt Trump would have approved of them.

As so often, there’s no proof – and thus no truth – to the story that General Pershing ever told his soldiers to execute Filipino fighters with bullets dipped in pigs’ blood. Besides, Pershing had left the islands and the Philippine-US war was officially over when the Americans slaughtered the Moro Muslims in their hundreds – men, women and children – in what became known as the Battle of Bud Dajo. With Trump-like enthusiasm, Republican President Theodore Roosevelt congratulated the US commanders on their “brilliant feat of arms”.

Twain – Samuel Clemens, to use his real name – thought differently. The American military had brutally crushed an uprising by the ethnic Muslim Moro people, a final and hopeless battle in the Philippine war of independence against the United States. It is a tale not without significance in any study of America’s recent occupation of both Afghanistan and Iraq.

He wrote a deeply cynical essay about the “battle” of Bud Dajo a few days later. Up to 1,000 Moro men, women and children were killed by US forces who had surrounded them in their mountain refuge 2,200 feet above sea level, a volcanic crater in which all but six of the Muslims were killed. A surviving photograph of the atrocity shows uniformed US troops standing above piles of corpses, one of them a bare-breasted woman.

“With 600 engaged on each side,” Twain wrote, “we lost 15 men killed outright, and we had 32 wounded … The enemy numbered 600 – including women and children – and we abolished them utterly, leaving not even a baby alive to cry for its dead mother. This is incomparably the greatest victory that was ever achieved by the Christian soldiers of the United States … The splendid news appeared with splendid display – heads in every newspaper in this city … But there was not a single reference to it in the editorial columns of any one of those newspapers.”

Twain observed that not one reader wrote to support the US “victory”. But President Theodore Roosevelt sent his congratulations to the US Commander, Major General Leonard Wood, in Manila: “I congratulate you and the officers and men of your command upon the brilliant feat of arms wherein you and they so well upheld the honour of the American flag.”

Twain recorded the headlines over the following days – “Women Slain in Moro Massacre”, “With Children They Mixed in Mob in Crater, and All Died Together”, “Death List is Now 900”, “Impossible to Tell Sexes Apart in Fierce Battle on Top of Mount Dajo” – and remarked that “the naked savages were so far away, down in the bottom of that trap, that our soldiers could not tell the breasts of a woman from the rudimentary paps of a man – so far away that they couldn’t tell a toddling child from a black six-footer.” A headline announcing “Lieutenant Johnson Blown from Parapet by Exploding Artillery Gallantly Leading Charge” convinced Twain that the soldier must have been wounded by his own side – since the Moros had no artillery.

But he shrewdly noted that Johnson had been a member of the volunteer “Rough Riders” unit raised to fight in the Spanish-American war – the conflict which gave the US possession of the Philippines – and commanded by the same Major General Wood who oversaw the massacre in 1906. Wood’s second-in-command was the same Theodore Roosevelt who was now President. No wonder Roosevelt cabled his wounded men: “How are you?” Johnson replied: “Fine, thanks.” This, Twain cynically observed, “is historical. This will go down to posterity.”

Twain described a subsequent luncheon party at which his wealthy publisher George Harvey, a Democrat who supported Woodrow Wilson, “said he believed that the shock and shame of this episode would eat down deeper and deeper into the hearts of the nation and fester there and produce results … I cannot believe that the prediction will come true, for the reason that prophecies which promise valuable things, desirable things, good things, worthy things, never come true. Prophecies of this kind are like wars fought in a good cause – they are so rare that they don’t count.”

The Moro massacre was initially, as Twain predicted, a public relations disaster. It could not be regarded as “a brilliant feat of arms”, even “if Christian America, represented by its salaried soldiers, had shot them down with Bibles … instead of bullets.”

Later accounts of the mass killings – readers must keep a straight face when they remember more recent quotations of this kind – claimed that the Moro women had been used as human shields by the men in the crowd and were thus what we would today call “collateral damage”. US troops wrote home about other atrocities in the Philippines, including the torching of villages and the killing of their occupants. A form of water torture was also used to extract information during the eight-year anti-independence campaign.

The Philippines was the first imperial war fought by the United States – it never claimed possession of Korea or Vietnam, even of Japan after the Second World War – and the pattern of “shock and awe” inflicted on the Moro people was to be repeated, as we know, in the Middle East.

The Moro Muslims were a minority among the country’s then more than 80 per cent Christian Catholic population. But well over a century after general Wood’s killings in the volcano, his military descendants have “assisted” the Philippine government in its battle against Muslim insurgents from – and readers may have guessed the identity – the Moro Liberation Front.

The Philippines’ current president Rodrigo Duterte, who has several times used the 1906 slaughter of the Moros to condemn America, is now using his police death squads to kill thousands in his “war on drugs”. Trump has said that Duterte is doing an “unbelievable job”. Kind of important, I guess, to remember the facts of history – even if Trump gets them all wrong.