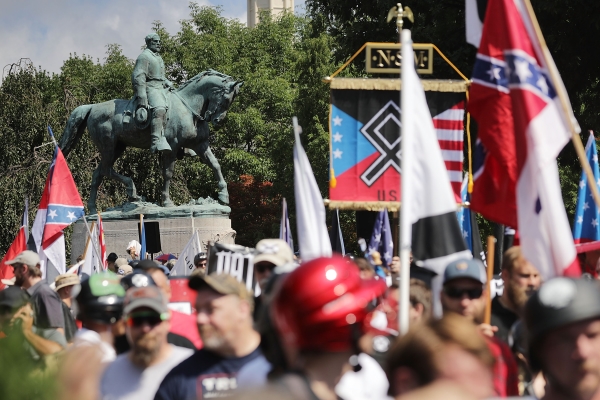 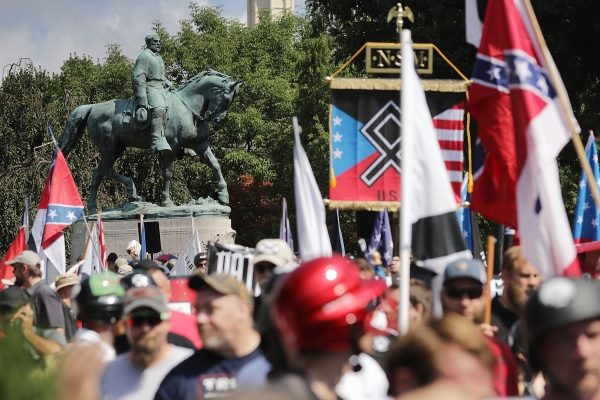 For many American Muslims, the hate that struck Charlottesville has become all too familiar.

The community has in recent months witnessed some of its mosques being attacked or vandalised, and a few of its members targeted in public places such as taxi cabs and university campuses.

The rise in hate crimes targeting the 3.3 million Muslims in the United States goes hand in hand with the growing wave of the far-right nationalism in the country, displayed in its extreme form in Charlottesville last week.

According to the Federal Bureau of Investigations, there was a 67 per cent spike in hate crimes against Muslims in 2015, bringing the number of attacks to 257, up from the annual average of 100-150 between 2001 and 2014.

The number of hate crimes targeting Muslims may have doubled from 2015 to 2016, according to the Centre for Muslim-Christian Understanding at the University of Georgetown.

One week before the Charlottesville events, a bomb exploded at the Dar Al Farooq Islamic Centre in suburban Minneapolis. The governor of the state, Mark Dayton, called the mosque attack an “act of terrorism” as the FBI launched an investigation.

In May, Jeremy Joseph Christian — known for his right wing extremist and white supremacist views — fatally stabbed two passengers in Portland, Oregon on a train who were trying to stop him from harassing two young Muslim women.

But even before Minnesota and Oregon, last fall, three anti-Muslim white supremacists in Kansas were arrested for allegedly plotting to bomb an apartment complex occupied by Somali immigrants. They are currently awaiting trial.

When the neo-Nazi suspect in Charlottesville, James Alex Fields, drove his car into a counter-protest killing Heather Heyer and injuring 19 others, Muslim-Americans were among the first to show solidarity.

Across the US, members of the community took part in interfaith vigils in Alabama, Kansas, Illinois, Iowa, California, to condemn white supremacist and neo-Nazi rhetoric. Muslims joined hands with Jewish, Christian and humanitarian groups in holding vigils and promoting a message of unity.

“Hate is hate,” said David Ramadan, a former Republican member of the Virginia House of Delegates.
“In the white supremacist mind there is no difference between an Arab and a Jew, between a Muslim and a black man, between an Asian and a Latino,” Mr Ramadan, who has Lebanese roots, told The National.

While the events in Charlottesville strike at the core of American values, and beyond the Arab or Muslim community, “what we saw is the same bigotry”.

“While they have the right to protest, we have every single right to condemn them with every fibre of our being,” he added.

Not far from Charlottesville in northern Virginia, Rizwan Jaka of the All Dulles Area Muslim Society (Adams) said his group has attended several vigils since Saturday’s clashes.

“We denounce all manifestations of white nationalist/supremacist hatred and bigotry, in the same way that we have denounced similar actions in past years, by those who falsely claim to be acting in the name of Islam or other religions,” Mr Jaka said.

“Anyone who perpetrates such actions is a vile criminal and needs to be labelled as a terrorist murderer,” said Mr Jaka referring to the perpetrator in Charlottesville.

Mr Trump has so far been reluctant to use the word “terrorism” to describe the Charlottesville attack. His late condemnation of white supremacists on Monday, followed by assigning blame to “both sides” the next day, struck a nerve with those protesting white supremacists.

“This great nation cannot go back to Nazism for God’s sake,” said Mr Ramadan, pointing to a false moral equivalency that Mr Trump drew between the two camps protesting. That, in his opinion, will embolden white supremacists.

“These people drove from far places to come to Charlottesville because they are feeling emboldened … if they didn’t feel they have sympathisers in the White House, such as [Trump’s chief strategist] Steve Bannon they wouldn’t have made such a long journey,” he said.

Former KKK leader and white supremacist David Duke thanked the president on Twitter for his “honesty and courage to tell the truth about #Charlottesville & condemn the leftist terrorists”.

Still, almost a week after the Charlottesville attack, many Muslim-Americans are hoping that the pushback and massive public outcry against white supremacists will help in curtailing the wave of similar attacks targeting the community.