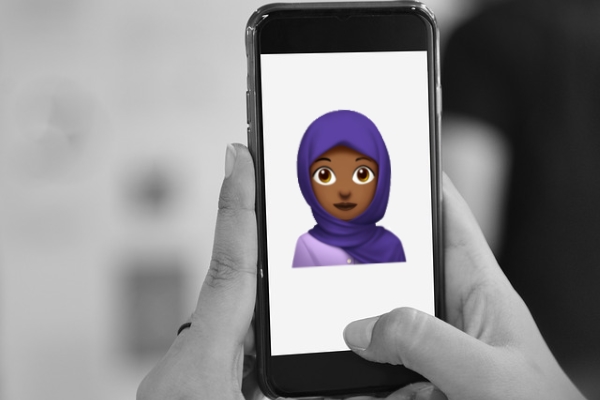 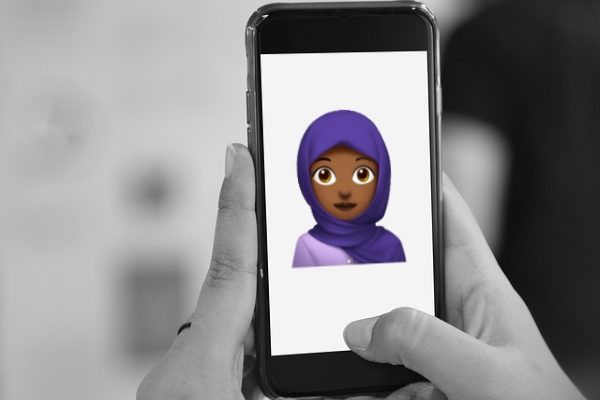 Millions of Muslim women who wear the traditional headscarf are finally getting an emoji that represents them — and it’s all thanks to a teenage girl from Saudi Arabia.

In honor of World Emoji Day last Monday, Apple released a preview of 12 new emoji coming to users later this year. In between the icons of dinosaurs and sleepy-eyed zombies was an important new addition that marked a year’s worth of work for 16-year-old Rayouf Alhumedhi: the first-ever emoji of a woman wearing a hijab.

Alhumedhi’s emoji campaign started last year when realized she was the only one among her friends without an emoji that accurately resembled who she was. The student, who was born in Saudi Arabia but now lives in Vienna, Austria, set out to change that, spending two days in her bedroom drafting a proposal for a hijab-wearing emoji for the Unicode Consortium, a nonprofit corporation that manages the addition of new emoji.

“The fact that there wasn’t an emoji to represent me and the millions of other hijabi women across the world was baffling to me,” she told CNN. “I wanted to be represented, as simple as that. I just wanted an emoji of me.”

Other people agreed. Reddit co-founder Alexis Ohanian co-authored Alhumedhi’s proposal to Unicode, and helped Alhumedhi host an “Ask Me Anything” session on Reddit where she fielded questions on the emoji and on representation for Muslims in general. Unicode also connected Alhumedhi with the award-winning graphic artist who worked with her to create the final design that will appear on millions of keypads this fall.

An issue of representation — and a topic of controversy

In recent years, the hijab and other Islamic veils have emerged as a topic of controversy, sparking heated discussions over the implications of the veil on religious freedom, women’s equality, and, more recently, national security.

In 2011, France became the first country in Europe to ban the full-face Islamic veil (called the niqab) in public places. This came after former French President Nicolas Sarkozy said in 2009 that the veil violates “women’s dignity,” and is “a sign of subservience and debasement.”

Various Muslim women have firmly rebuked Sarkozy’s comments and others like them, stating instead that wearing the veil makes them feel empowered and connected to their faith. Nonetheless, the issue has remained a testy subject as both Europe and the United States see a continual rise in anti-Muslim sentiment.

Alhumedhi’s headscarf-wearing emoji has not been spared from this debate.

“The hijab is a symbol of oppression,” wrote one user to Apple CEO Tim Cook. “By including it as an emoji you are showing your support for the oppression of women.” Others conflated the headscarf with terrorist activity:

Headscaffs? Lol now that’s funny. I guess we shall be seeing explosive vests as back packs next!

Backlash to the emoji continues even though Alhumedhi has made it clear that it’s about representation, not politics. “Millions of women wear the headscarf and not just Muslim women,” she said to AJ+, a news site under the Qatar-based media group Al Jazeera. “Orthodox Jews, orthodox Christians, they pride themselves on wearing it.”

She added in an interview with CNN that it was important to her that they make the emoji available in various skin tones in order to ensure that the icon is accessible to all headscarf-wearing users. According to the emoji reference website Emojipedia, the “woman with headscarf” emoji will be available in four different skin tones when it’s launched this fall.

Alhumedhi also acknowledged that even though an emoji may seem like a small achievement, it has the potential to normalize a community of people who are often, and increasingly, misunderstood. If headscarf-wearing women start appearing in the phones of Apple users everywhere, she said, people might start to recognize “that we are normal people carrying out daily routines just like you.”