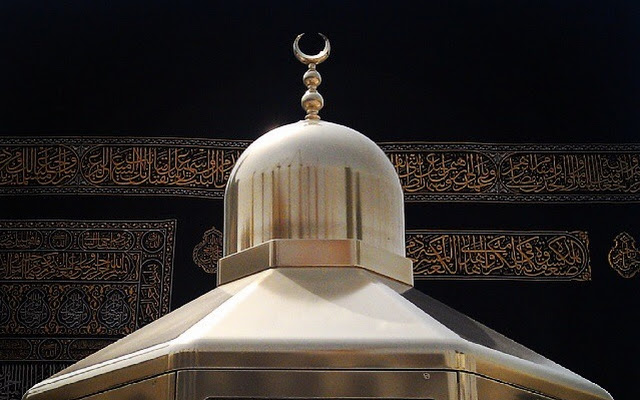 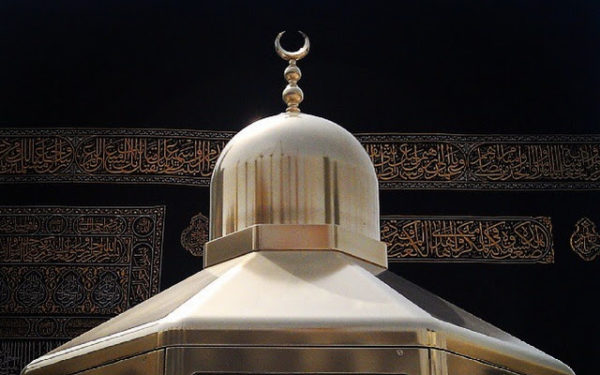 Ibrahim (as) had been married to Sarah for a while but they did not have any children. As time went on, they prayed much to Allah to grant them some off spring. Sarah felt that she was getting too old and may not be able to bear children. She told Ibrahim (as) to take her slave girl, Hajar, as his wife and maybe Allah would bless them with a child through her.

After some time both the food and water ran short and Ismael began to cry. Hajar was panicking, she ran between the hills of Safah and Marwah looking for food or water but could not find anything. She ran between the two hillocks seven times. After the frantic search, she returned and found a spring had appeared where Ismael was kicking the sand with his feet. This spring, called ZamZam, was producing clean water and Hajar and Ismael drank from it. The ZamZam spring is still with us today producing the same sweet and pure water.

After a short time, people began to move to this valley. By the permission of Hajar, a few tribes settled and it gradually became a small town. This town was near a busy trade route and many merchants began to pass through bringing in wealth. This town grew to become the city of Makkah, which is still a busy city in Arabia today.

When Ismael was still a small boy, Ibrahim (as) had a dream or vision. In this dream he was commanded by Allah to sacrifice his son. When a prophet has a dream it is always true. In fact, a prophet’s dream is actually a form of revelation. This dream occurred several times and Ibrahim (as) decided that he would take his beloved son, Ismael and would sacrifice him to Allah. as the Qu’ran narrates, Ismael agreed that Ibrahim (as) should carry out the command of Allah.

The Qu’ran states: Then, when (the son) reached (the age of) (serious) work with him, he said: “O my son! I have seen in a vision that I offer you in sacrifice: what is your view!” (The son) said: “O my father! Do as you are commanded: you will find me, if Allah so wills, one practising patience and constancy!”

Ismael was respected and loved by the people of Hijaz. The main tribe that settled was the tribe of Jurhum. They married one of their daughters to Ismael and Ismael settled down. On one occasion, Ibrahim (as) went to visit his son but Ismael was not at home. Ibrahim (as) asked Ismael’s wife about their household. She complained of poverty to Ibrahim (as). When Ibrahim (as) was ready to leave, he asked her to give Ismael the message that the doorstep of his house was crooked and to change it. When Ismael got the message he divorced his wife and later married another woman from Jurhum.

Another time Ibrahim (as) came to meet Ismael and again Ismael was not at home. He asked Ismael’s wife about them and about their life together. She said Alhamdulilla, everything was well and thanked Allah for whatever little they had been blessed with. On leaving Ibrahim (as) left a message that the doorstep of his house was fine. Through this wife, all the descendents of Ismael are traced.

On a third occasion, Ibrahim (as) went and visited his son, Ismael. He found him in the valley of Makkah. After a happy reunion they both, by the command of Allah, built the Ka’bah. This was the first house built for the worship of the one and only true god of all mankind. He then asked the tribes to make pilgrimage to this house of Allah.

A long time ago, Ibrahim (as) started this pilgrimage and he commanded the people to perform this pilgrimage. From then until now, many millions of Muslims still visit the Ka’bahand perform the Hajj. The Hajj is one of the five pillars of Islam and all Muslims must carry out the Hajj, at least once in their lifetime.

The people after Ismael became misguided and gradually began to worship stone idols. What was worse was that they began to fill this holy sanctuary in Makkah with Idols. What Ibrahim (as) had advised and fought against was happening even in this holiest of holy places. The people still believed in Allah but also had faith in these idols. Allah took away the blessing of Zamzam from the people and left them in a state of misguidance.

However, just before the prophet’s time, one noble person from the tribe of Quraysh was going to restore some of these blessing. This person was Abdul Muttalib, the Prophet’s grandfather. But that is another story for another day, inshallah.

The Musalla website is home page for Muslims of Central Scotland and West Lothian.