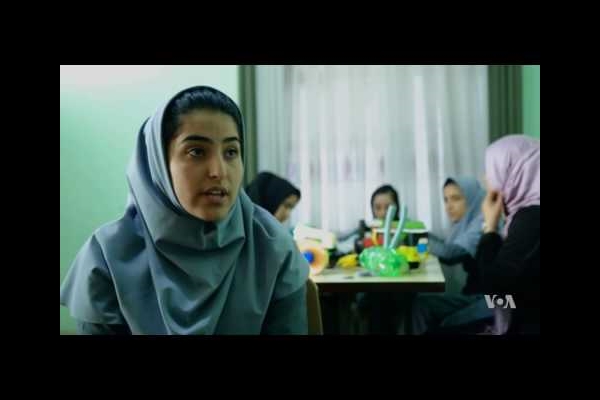 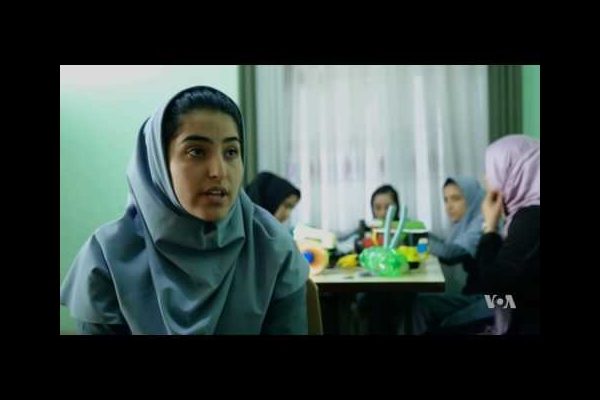 A team of Afghan girls who were denied visas to come to the U.S. for a robotics contest aren’t letting that roadblock stop them. Instead, they sent their homemade robot to Washington to compete without them.

The six Afghan teenagers are members of the first-ever Afghan robotics team. They were chosen among talented girls from 10 schools in western Herat province to participate in the upcoming Global Challenge robotics contest in Washington.

The girls twice made the dangerous journey to the U.S. Embassy in Kabul to apply for the visas but were turned down. The U.S. State Department has not disclosed why the visas were denied because its policy is not to discuss specific cases.

But while disappointed, the girls are proud they will be sending their entry – a ball sorting robot – to the competition.

“Our robot is a color recognizer and ball collector and the more balls it collects, it scores higher,” said Fatima Qaderian, a member of the team. “And we are happy that Afghanistan will participate in the contest.”

“Once we were denied, we became upset,” said teammate Lida Azizi. “But we kept working and after we returned to Herat from Kabul, we got training and built our robot to send to the U.S. to prove to the world that Afghan girls can do it, and Afghan girls can develop their talents across the world.”

“We have not been deterred,” said Ali Reza Mehrban, the team’s director. “We kept constructing our robot and sent it via Federal Express to the contest.”

The team’s plight was widely reported in the U.S. In a Facebook post, former presidential contender Senator Bernie Sanders urged the State Department to reconsider.

The girls reportedly will be able to watch their ball-sorting robot compete via a video-link.