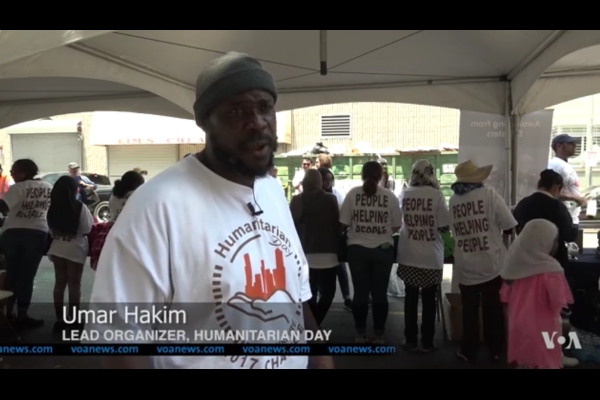 The volunteers distributed clothes, hygiene essentials, food, water, and other necessities to the people who live their lives on the street. Backpacks and school supplies were also provided.

Many of the Muslim volunteers were observing the Ramadan fast, which requires that they abstain from food and water during daylight hours.

For 18 years, the Muslim community of Los Angeles has done this kind of outreach to help the homeless toward the end of Ramadan. They say that as Americans what happens in their cities and the country matters to them.

Organizers say that it’s important for the media to cover events like this that show Muslims serving their communities.

Since 1999, the Muslim community in the United States has helped 80,000 homeless people across the country, according to organizers. For them, it’s all about working for the greater good.