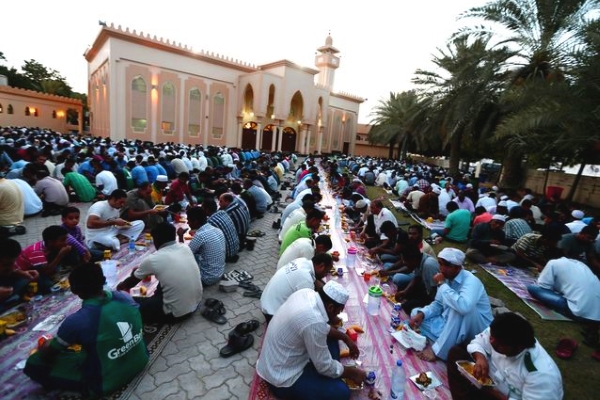 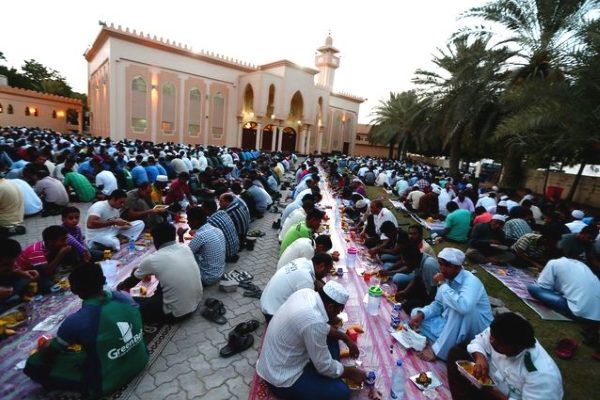 Doctors are advising against overeating and breaking fasts with unhealthy food to avoid a trip to hospital.

First-time fasters and children in particular should resist the urge to feast on unhealthy food, which can become a habit.

“The frequency of ulcer complications such as perforation and haemorrhage is higher during Ramadan,” Dr Nasser said.

“Duodenal ulcers are more common with overeating or overconsumption, as fasting is accompanied by an increase in the gastric acidity.

“Overeating after iftar and suhoor can not only harm the body, but it may also interfere with a person’s spiritual growth during the month, causing fatigue, sleepiness and lethargy.”

Fasting during the holy month can improve health but the correct diet is not always followed, and usually food habits change to overeating carbohydrates.

Other trends are overeating in a short period of time, unregulated eating and many fasters losing control and developing an uncontrolled appetite once Ramadan has finished.

“All of these factors lead to some people having weight increases of some kilograms during fasting,” Dr Nasser said.

“The deciding factor is not the fast itself but rather what is consumed in the non-fasting hours. One may actually gain weight during Ramadan.”

Fatty foods stay in the stomach for a longer period and cause excess production of acids.

Drinking too much caffeinated and carbonated beverages also aggravates the problem.

The latest advice is for people to have a balanced diet with vegetables, fruits, protein, milk, yogurt and some saltine snacks, and to avoid fatty foods.

Each year, Dubai Health Authority hosts a Twitter clinic before Ramadan to offer the best dietary advice to more than 130,000 followers.

This year, it is advising parents to take special care of children.

“First-time fasters should not be encouraged to fast for the whole day,” a spokeswoman said. “Let the progress be gradual. On the first day they can fast until noon, then they can increase it by two hours every day during the first week.”

Anyone with a history of stomach problems should take extra care about their diet and resist the urge to overeat at iftar.

“Stomach conditions that affect the production of stomach acid can be more difficult to control during fasting,” said Dr Yogesh Shastri, head of gastroenterology at NMC Speciality Hospital in Abu Dhabi.

“Patients who have had stomach problems should be careful about what and when they are eating during Ramadan.

“If people are fasting for long periods, the hormones required for digestion are at their peak. Sometimes people can eat very fast and this can also affect the correct digestion of food.”