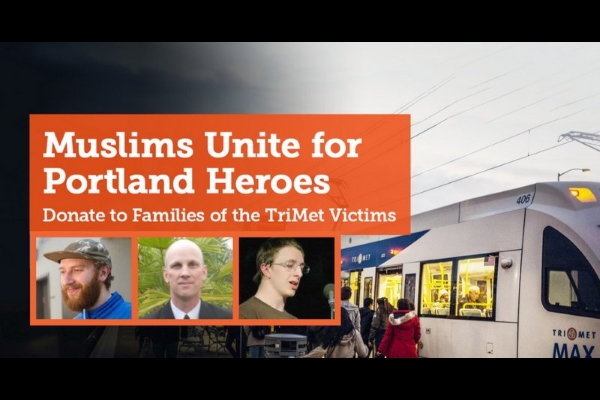 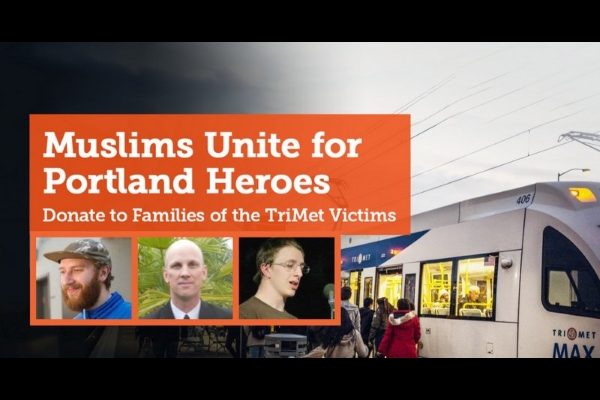 Within four days of its launch, a Muslim-led fundraiser for the victims of the Portland train attack surpassed its initial $60,000 goal, raising more than $535,000 by Thursday morning. Two groups, the Muslim Educational Trust and Celebrate Mercy, had created the online fundraising program on LaunchGood after a violent stabbing attack in Portland, Oregon, left two men dead and a third hospitalized.

According to the online donation portal, the campaign sought to fund the “immediate, short-term needs of the grieving families — including funeral expenses.” The attack occured on Friday on a light-rail train in Portland, when a man reportedly began harassing two women, including one wearing a hijab, the traditional garb worn by many Muslim women. Three men tried to stop the harassment, but the attacker pulled out a knife and stabbed them. Ricky Best, 31, an Army veteran and city employee, and Taliesin Namkai-Meche, a 23-year-old college graduate, died from their stab wounds. Meanwhile, Micah David-Cole Fletcher, a 21-year-old college student, survived but was hospitalized because of his wounds. The attack occurred on the eve of Ramadan, the holy month of fasting for Muslims.

In their effort to “respond to hate with love,” the Muslim Educational Trust, a Portland-based organization dedicated to enriching “the public’s understanding of Islam,” and Celebrate Mercy, which works across the country to educate people on the teachings and misunderstandings of the Muslim faith, launched the campaign. According to the fundraising page, donations will continue to be accepted through Saturday.

On the fundraising page, the two organizations made it clear that they wanted to unite Muslims in honor of the attack victims. The campaign website noted:

We wish to respond to hate with love, to evil with good, as our faith instructs us, and send a powerful message of compassion through action. Our Prophet Muhammad, peace be upon him, said: “Have mercy to those on earth, and the One in Heaven (God) will have mercy upon you.”

On Monday, leaders from the Muslim Educational Trust reportedly met with the family of Namkai-Meche. They also planned to meet with the families of Best and Fletcher.In the wake of last week’s tragedy, the fundraising campaign sent a powerful message of unity to the Portland community and beyond. While acts of violence seem to happe more frequently in public places, the support of nonprofit organizations and average Americans from all backgrounds is the sort of spirit that is needed.