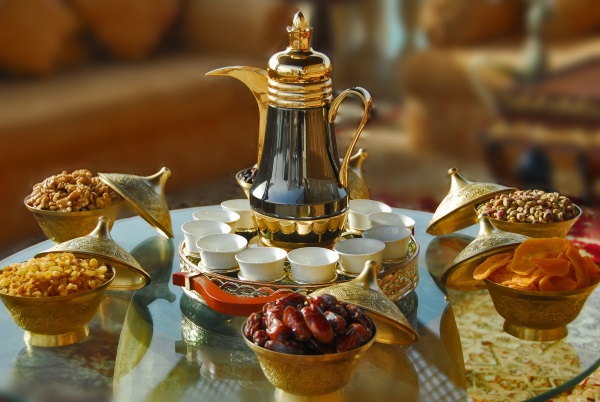 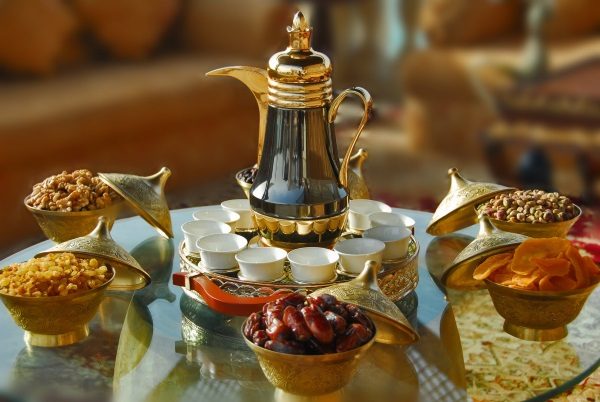 The modern world has swept us off our feet in so many ways… our dressing, our lifestyles and most noticeably our eating habits. We have so casually adapted the western culture of unhealthy eating, moving further and further away from the Noble teachings of the Quraan and Sunnah of The Noble Messenger of Allah (Peace be upon him).

Yet, the newest nutritional research continues to discover the benefits of certain foods, labelled as “Super Foods”. They have also revealed the great benefits of certain eating habits, such as washing the hands before and after meals, eating with the hands, not drinking with meals… just to mention a few. However, all of this has already been outlined in the Holy Qur’an and Sunnah more than 1400 years ago.

We are certainly the losers if we do not make an effort to practice upon the Sunnah in our homes and kitchens. What better time to bring about these changes than now? Our beautiful Deen offers us the opportunity during the beautiful month of Ramadan, to bring about positive changes in our lives- changes that benefit us mentally, physically and spiritually which Insha Allah (Allah Willing) can be sustained for the future.

Dates are the most mentioned fruit in the Quraan. They are high in energy, fibre, iron, vitamins and minerals. The Noble Messenger of Allah (Peace be upon him)said: “ The home with no dates is like the home with no food”.(Hadith- Sahih Muslim)

The Noble Messenger of Allah (Peace be upon him)used to break his fast with fresh dates and a few sips of water. If he did not find fresh dates, he would use dried dates. He (pbuh) said:“When one of you breaks the fast let him do so with dates, for they are a blessing and if he cannot find dates then with water for it is a purification” (Hadith-Tirmidhi)

He often consumed dates with cucumber, butter, cream or bread. A dessert called “Haisa” made with ghee (butter), dates, cheese and yoghurt was also prepared.

Tips: At iftaar (breaking fast) time, dates can also be used to prepare date milkshakes, date chutney, date desserts as well as sprinkled over salads. For sehri (pre-dawn meal), dates can be used as a softened spread over bread or added into muffins, rusks etc.

Dieticians and nutritionist the world over have been advocating the use of olive oil for its excellent cardio-protective, anti-oxidant and anti-inflammatory effects. Ongoing research is revealing more and more great benefits on the consumption and application of olive oil.

The Noble Messenger of Allah (Peace be upon him)said: “Eat the olive and use it as an ointment as it comes from a blessed tree”.(Hadith-Tirmidhi)

Tips: During Ramadan, olive oil is best used raw as a dip for breads or as a salad dressing. The lighter olive oils are well suited for cooking and baking purposes. Whole olives can be added to salads as well as de-pitted and added to breads, muffins, pies and pizzas.

A recent Readers Digest article highlighted barley as one of the five healthiest foods we tend not to eat. Yet it was barley that was one of the staple foods in the diet of our The Noble Messenger of Allah (Peace be upon him). Modern research is discovering that barley has a very high soluble- fibre content. This helps to keep the arteries clear and healthy. It has an extremely low glycaemic index (GI), which means it takes a longer time to digest, keeping one fuller for longer.

It is mentioned that The Noble Messenger of Allah (Peace be upon him) consumed barley in the following ways:

A Hadith in Mishkaat narrates that The Noble Messenger of Allah (Peace be upon him)never used sifted flour in his lifetime. We should take lesson from this, as we are all moving to consuming more refined and processed foods where all the beneficial nutrients have been stripped off. Allah SWT mentions in the Holy Quraan grains with their husks, amongst His many gifts to us. Un-sifted flour as used by The Noble Messenger of Allah (Peace be upon him)contains all the valuable nutrients found in the bran and germ layers and has a lower GI.

Tips: During Ramadan, barley can be added to soups and broths or prepared as a drink by boiling and straining mixture. A hadith in Bukhari mentions that The Noble Messenger of Allah (Peace be upon him) consumed “Sawiq” at iftaar. Barley flour can be used for preparing breads and rotis. Substitute 1.5 cups barley flour for every 3 cups regular flour. Cereals containing barley flakes like muesli can be purchased, or barley flakes can be added to biscuits, muffins, breads and other cereals.

Barley can be prepared as a filling porridge for sehri -Talbeenah. Soak 1-2 tablespoons whole barley overnight in a flask filled with rapidly boiling water. At sehri time, strain water out and prepare porridge with honey and milk. (Store bought “pearled barley” has been polished with some of the bran layer removed).

Modern research has been abuzz with the myriad of health benefits associated with honey- anti-inflammatory, immune boosting, energising tonic….to name a few.Our beautiful Deen has encouraged the use of honey 1400 years ago. The Holy Quraan mentions“there comes forth from the bee’s belly, a drink of varying colours, wherin is a healing for men”.(Qur’an 16:68-69)

The Noble Messenger of Allah (Peace be upon him) loved drinks that were sweet and cold and often consumed honey water.

Tips: Honey can be used to sweeten items like tea, fresh juices, milk drinks and cereals etc. Raw honey which is thicker and creamier has a lower GI, and can be mixed with cinnamon and used as a spread on toast for sehri.

Grapes have been found to contain resveratrol- a powerful antioxidant that protects the body on a cellular level from damage. The seeds are rich in flavonoids which lower the risk of fatty plaque accumulation on the lining of blood vessels to the heart.

Tips: Nabeez or fresh grape juice can be prepared as a drink after Tarawih (evening prayer in Ramadaan). Grapes can be served as part of salad or dessert. Raisins eaten with nuts can be enjoyed as a healthy munch after Tarawih salaat.

The Sunnah way of eating is the healthy way of eating. InshaAllah, let us all strive to revive and bring alive the Sunnahs of The Noble Messenger of Allah (Peace be upon him) in our homes this Ramadan. I have highlighted just a few. Make an intention to eat on the floor, share eating utensils and to fill a third of your stomach with water, a third with food and a third left for air.

Besides the immense health benefits outlined above our greatest rewards really lie in following the Sunnah, as it comes in Hadith mentioned by The Noble Messenger of Allah (Peace be upon him):

“ The person who follows my Sunnah is the one who truly loves me, and will be with me in Jannah” (Hadith-Tirmidhi)

Allah Ta’ala said to His Messenger (pbuh)“Say (to mankind), if you love Allah, follow me – Allah will love you and forgive your sins.” (Qur’an:3: 31)

Wishing you all healthy eating, the Sunnah way.Ramadan Mubarak!