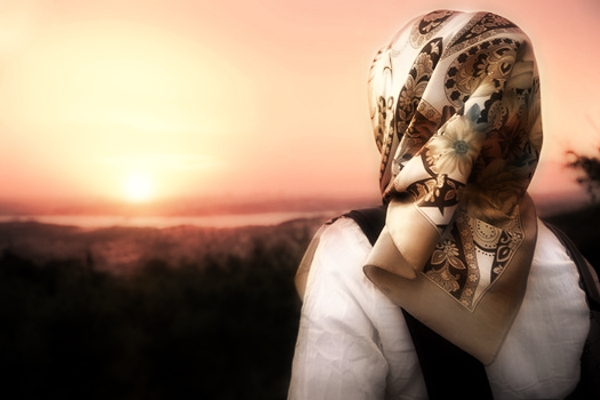 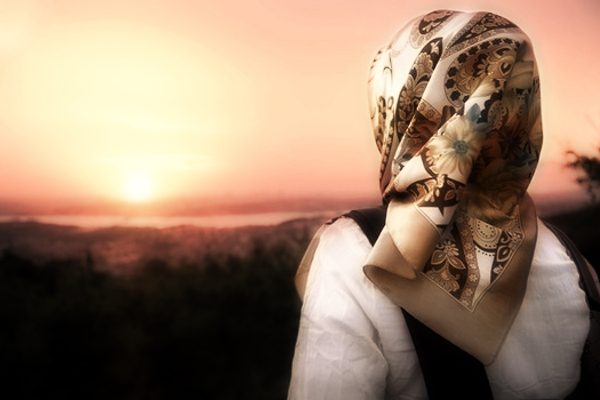 Hijab1 is a frequently discussed topic in our community and a practice dissected and opined over from many different angles. While it is talked about frequently, in many of the most important ways it is little understood. Our discourse on hijab is often devoid of any meaningful consideration of it as an act of devotion, which is its primary purpose. There is also little reflection on the foundational quality from which hijab emanates — haya’ (modesty). These are the heart and soul of hijab that we, individually and as a community, often overlook.

The Inward and the Outward

Islam teaches that at its core, hijab should be a spiritual act done seeking God. More than a means of personal expression, or a cultural or political statement, it should be an act of ‘ubudiyyah (devotion), done out of one’s heart longing for God and His closeness.

Like so many other acts of devotion in the Islamic faith, hijab has both an inner component and an outer one. The inward component is the state of one’s heart and its genuine seeking of God, while the external is the action itself.

In its external form, hijab has certain rulings, guidelines and restrictions, just as prayer has a specific formulation, or fasting has specific rulings. In our day and age this external expression of spirituality — be it religious practice in general, or exact conformity to the particulars of fiqh2 — is often scorned and dismissed as archaic, petty and trivial. However in the Islamic tradition, the ‘petty’ is powerful, and is the means by which an act has spiritual traction and can move into the realm of Divine acceptance. Outward conformity to religious teachings is an indispensable first step to one’s spiritual development. We often set our eyes on a lofty mysticism or a more meaningful spiritual state, and fail to see the important relationship between the body’s disciplined conformity to sacred law and the heart’s ascendance to the Divine.

For many of us, our view of hijab must change; it is not solely an act of personal expression, but its soul is `ubudiyyah (devotion) which must be enacted correctly and in line with religious teachings, in order to attain its spiritual fruit.

The Lost Quality of Haya’

While ‘ubudiyyah, devotion, is the lost soul of hijab, I would argue that its heart, the inner core which gives it life, is haya’. In Arabic, the term haya’ connotes modesty, shyness, bashfulness, shame, and refraining from impropriety or indecency. Lane’s Lexicon states that haya’ refers to the shrinking away of the soul from foul things. In a more general sense, it implies a heightened awareness of God such that one becomes cautious in one’s deeds and words, and has an increased sensitivity to acts that are shameful, indecent or offensive to Allah, the angels or others of creation.

The Prophet ﷺ praised haya` in both men and women; he himself was described as more modest than a young unmarried woman in her private quarters3, a figure traditionally considered the paragon of chastity and shyness. Once, he heard a man rebuking his brother for having too much haya’, to which he ﷺ responded, “Leave him, for modesty comes from belief.”4 He affirmed this essential relationship between haya’ and belief frequently, saying in one instance, “Belief has seventy or so divisions, and haya’ is a division of belief.”5

In our times, we have reduced hijab to a headscarf that serves as a badge of one’s Muslim identity, and have removed it from a larger understanding of haya’ and how this beautiful quality should cultivate our behavior in the public sphere and in our relationships with others.

The trend of hijab/hijabi fashion in particular has, in many ways, effectively divorced haya’ from hijab. The hijabi fashion trend has also taken no strides to changing spiritually unhealthy cultural norms, or to recasting definitions of beauty and a woman’s worth. Instead, in many cases, it has simply put a headscarf on mainstream fashion with all of its failings, including an extremely narrow and exploitative view of beauty and sexuality.

The heart and soul of hijab is a sense of God-consciousness and awareness, devotion and love for God, and interacting with others with humbleness, modesty, and refined manners fitting for a seeker of God. In a culture where brashness, crudeness and sexualized entertainment are often the norm and shyness is literally considered a psychological illness6, we must go against the grain and recapture the lost essence of hijab, the beautiful quality of haya’, which is, as our Prophet ﷺ has taught us, the trademark quality of our faith7. We must also reaffirm hijab as a religious, spiritual practice — not merely a personal, social, cultural or political statement, and reconnect it with a vibrant inner spirituality. In a time when disciplined religious practice is considered nothing more than mindless ritual, we must also reaffirm the link between our spiritual state and deference to the guidelines and rules of our religion, and reconnect what we wear to our faith.

May Allah give us proper understanding of Islam and its teachings. May He perfect our manners, actions, and dress in a way that reflects the beautiful quality of haya’. May He help us to fulfill our obligations and to conform to sacred law out of love for Him, the Gracious and Wise. May He adorn us with the beauty of faith and the mantle of taqwa (God consciousness) and help us be people who wear hijab, honoring the heart, soul, and spirit of this practice.  Ameen.

1. Hijab is an Arabic word connoting privacy and partition.  In the context of this article, I will be using the word hijab to refer to the obligation of covering (referred to more specifically as khimar in the Quran) as it pertains to the modest dress of Muslim women, including covering one’s hair and body.
2. Fiqh largely centers on the detailed rulings or ‘dos and don’ts’ of Islamic practice.
3. Bukhari and Muslim
4. Bukhari and Muslim
5. (( إنَّ لكل دين خلقاً ، وخلق الإسلام الحياء )) ((موطأ مالك ، وسنن ابن ماجه ))
6. See the latest edition of the Diagnostic and Statistical Manual of Mental Disorders
7. Bukhari and Muslim ((الإيمان بضع وسبعون شعبة ، أفضلها قول لا إله إلا الله ، وأدناها إماطة الأذى عن الطريق ، والحياء شعبة من الإيمان)) ((أخرجاه في الصحيحين ))