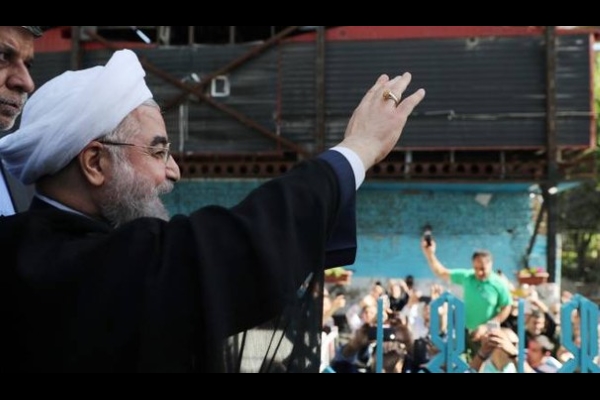 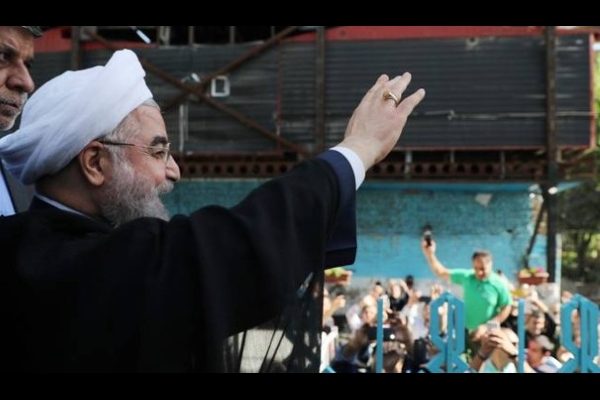 President Hassan Rohani has been declared the outright winner with nearly all the ballots counted from Iran’s May 19 presidential election, a seemingly emphatic endorsement of the incumbent’s efforts to reengage internationally and seek modest reforms within Iran’s clerically dominated society.

Iran’s elections are heavily vetted to exclude candidates that the clerical establishment regards as a threat, and the president is subordinate in all military and political affairs to Supreme Leader Ayatollah Ali Khamenei.

But analysts had predicted that a high turnout would favor Rohani and his calls for greater openness at home and more engagement internationally on behalf of Iran’s 81 million people.

The 68-year-old Rohani is expected to address the nation briefly on television at 6 p.m. local time (1330 GMT/UTC) following an election that he said was a choice between “the path of peace or…the path of tension.”

Officials said around 41 million of 55 million eligible voters had cast ballots — around 73 percent turnout — and many polling stations remained open until nearly midnight to accommodate the crowds.

“I believe the meaning of the vote is the approval of Iranian people with the [continuation] of the process that Rohani talked about in his programs and also in his campaign slogans: interaction with the world and decreasing tensions, and also a focus on solving economic problems,” Iran analyst Mohammad Ali Tofighi told RFE/RL’s Radio Farda.

The 56-year-old Raisi, who as a prosecutor and judge helped send thousands of prisoners to death in summary trials in the 1980s, criticized Rohani’s role pushing through the nuclear deal with world powers to ease sanctions on Iran. He said Rohani failed to capitalize economically on the move and stressed Iran’s need for greater self-sufficiency.

The Instagram account of Rohani backer and former reformist President Mohammad Khatami, whom Iran’s authorities have banned from appearing in the media, showed a picture of Rohani making a victory sign with the slogan, “Hope prevailed over isolation.”

The clerically dominated Islamic country of around 81 million people faces high unemployment and economic problems at home, and cash shortages, years of diplomatic isolation, and other obstacles to a bigger role abroad.

Rohani has managed to slash inflation from official figures of about 30 percent to 9 percent and spur economic growth. But unemployment remains at an estimated 12 percent, with the rate among young people closer to 30 percent.

A Rohani aide, chief of staff Mohammad Nahavandian, was quoted by IRNA as saying after polls closed on May 19 that “we should move ahead on the same path but with further speed,” citing regional security issues in particular.

Iran contributes military advisers, thousands of “volunteers,” and other forms of assistance to Syrian President Bashar al-Assad, who with Russian military support is battling armed opposition forces backed by Turkey and the United States, among others.

The United States and other critics in the West accuse Tehran of sponsoring international terrorism and destabilizing the region, and Iran is still targeted by U.S. sanctions over its weapons programs and perceived rights violations.

Moreover, President Donald Trump entered the White House in January threatening to renegotiate the multilateral nuclear deal and he has taken a hard public line on Tehran.

“Removing all sanctions according to the JCPOA agreement is our main expectation,” Iranian voter Poriya Molaei was quoted as telling Reuters in a reference to the 2015 nuclear deal. “I think this is his [Rohani’s] main goal, too.”

Another Iranian voter, a man identified as Sadra, told Reuters: “I think the entire system would like to see Hassan Rohani as a second-term president and the current peaceful atmosphere continue, because on the other side there is Trump. If there was any change from this election, the story would be very different.”

EU foreign-policy chief Federica Mogherini, who played a leading role in negotiating the nuclear deal, offered her congratulations to Rohani for his “strong mandate.”

She wrote on Twitter that the European Union was ready to continue working with Iran to secure the “full” implementation of the accord.

Rohani’s victory in the 2013 election marked something of a return from the political wilderness of relative moderates, and reformist and independent allies made considerable gains in parliamentary elections in early 2016.

“People have reached the conclusion that the only way for real changes goes through the ballot box,” Iranian journalist Mohammad Sadeq Javadihesar told Radio Farda. “They’ve felt it and they believe there is no other way.”

But unelected hard-line officials control the most powerful institutions in Iran, including the Guardians Council that vets candidates and oversees elections, the Assembly of Experts that names and can dismiss a supreme leader, and the Islamic Revolutionary Guards Corps military organization, whose tendrils reach deep into Iranian business, industry, and cultural life.

Raisi was said to be trusted by the 77-year-old Khamenei, and his name occasionally arises as a possible successor to the country’s most senior figure, and it is unclear what effect a lopsided loss might have on his political ambitions.