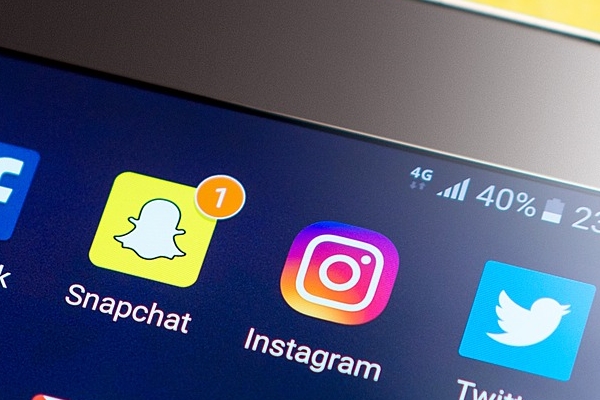 According to a new UK study. Instagram and Snapchat can be particularly damaging.

Young people experience increased rates of anxiety, depression, low self-esteem and poor sleep because of popular social media platforms, according to a new UK study. Instagram and Snapchat can be particularly damaging, the study says.

Social media are “more addictive than alcohol and cigarettes,” according to the report published on Friday by the independent health education charity Royal Society for Public Health and its Young Health Movement.

Ninety-one percent of youngsters use online social networks, and it can negatively affect their lives, according to the group’s findings. The they quizzed almost 1,500 youngsters, aged from 14 to 24.

The researchers say those spending more than two hours per day on social network sites such as Facebook, Twitter or Instagram “are more likely to report poor mental health, including psychological distress.”

Instagram was found to be the most harmful, receiving half of the negative scores. Seven in 10 said that it “made them feel worse about their body image.”

Faced with thousands of pictures posted on social platforms, “nine in 10 girls say they are unhappy with their body” and women are thinking about making various changes to their appearance, including surgery.

Snapchat follows Instagram “as the most detrimental to young people’s mental health and wellbeing,” according to the study. The popular picture messaging app reportedly has strong negative effects on ‘Fear Of Missing Out’ (FOMO) as well as depriving users of sleep – as does Facebook, the study says.

“I have to have my phone charger to get on Facebook, otherwise I feel disconnected and start biting my nails,” one youngster from northern England said.

The findings also showed that the rates of anxiety and depression among youngsters have increased by 70 percent in the past 25 years.

The users have unrealistic expectations as they scroll through profiles in social networks, which can result in “low self-esteem and the pursuit of perfectionism which can manifest as anxiety disorders,” according to the researchers.

While YouTube is also a reason for keeping youngsters up late, it was ranked as the most positive social platform, gaining nine positive points of 14.

Many users also noted that they experienced bullying while using social networks. Facebook received the lowest score in this area, with two-thirds of those surveyed saying that it “made cyber-bullying worse.”

“I was bullied in person and then on Facebook by a group of girls from school… I began to stop eating, hardly slept and became extremely anxious leaving the house and going to school… it has definitely affected my mental health and wellbeing,” the report quotes a youngster from the Midlands as saying.

“Anonymous bullying online over Twitter around personal things has led to me self-harming and left afraid of going to school. Bullying on Instagram has led me to attempt suicide and also self-harm. Both caused me to experience depressive episodes and anxiety,” one teen is quoted as saying by the report.

On the brighter side, social networks may have benefits as they can provide more emotional support and can be an effective means of self-expression and self-identity, the researchers note.

The health experts of the Royal Society for Public Health and the Young Health Movement have called on social media platforms to create special pop-up warning messages to prevent their overuse. They also want to introduce special icons or watermarks to highlight digitally-edited photos to prevent users from feeling bad about their appearance.

In addition, the researchers are calling for the networks to contribute to identifying “users who could be suffering from mental health problems by their posts and other data, and discreetly signpost to support.”