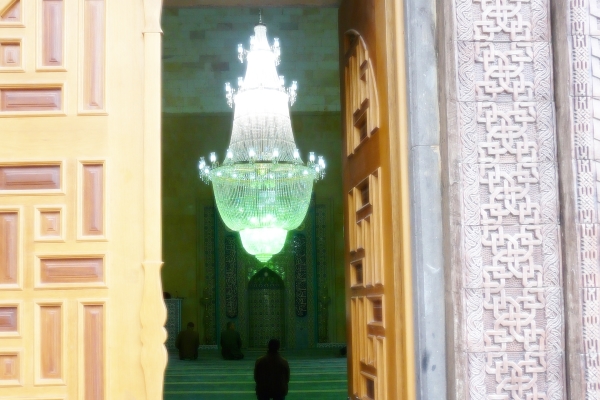 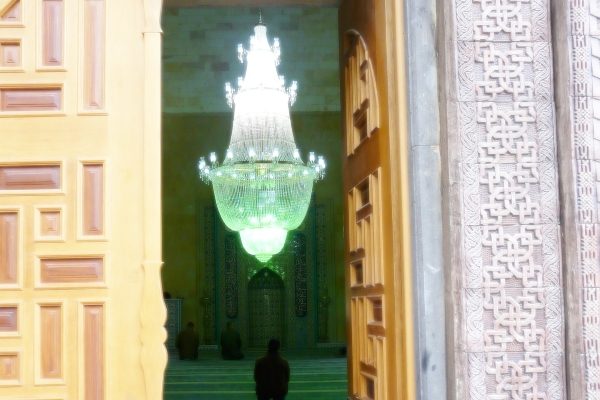 In one of his circulars Sayyidna Umar ibn Khattab, may Allah be pleased with him, sent instructions to all his administrators saying, “In my opinion, salat (Islam’s prescribed act of worship or prayer. The word prayer, though, is also used for supplication or dua and is therefore avoided in this article.) is the most important of your obligations. Whoever takes good care of it and safeguards it safeguards his religion and whoever neglects it will neglect other things even more.” He then added instructions about the times for the five salats and admonition against dozing off before Isha. [Muwatta Imam Malik. Hadith No. 5]

This letter from the ruler of a vast empire to the officials of his government – shall we call it Executive Order? – gives us a lot to reflect upon, for salat is among the most emphasized commands in Shariah. Unfortunately, it is also a grossly neglected obligation in our life today.

Even a Muslim school child knows that salat is a pillar of Islam. What Sayyidna Umar, Radi-Allahu anhu, expressed was that it is true at all levels and in all settings, from the private to the public. One cannot build an Islamic life, an Islamic community, an Islamic institution, or an Islamic government while neglecting or weakening this pillar. It is a measure of its extraordinary status that unlike all other obligations the command for salat was given by Allah Most High to Prophet Muhammad (Allah’s peace be upon him) during his miraculous Ascent to Heaven or Meraj. Very fittingly so, for salat is the meraj of the believer. One begins the salat by standing while facing the Ka’ba or the House of Allah, isolating himself from the worldly affairs, and then addressing Allah directly: “Oh Allah, You are sanctified and (I begin) with Your praise. Your name is Blessed and Your Greatness is Supreme. And no one else is worthy of worship except You.” During salat a believer repeatedly stands, bows, and prostates to Allah. Each of these acts brings him closer and closer to his Master and Creator filling him with the feelings of love, devotion, and obedience. The sitting position even includes the re-creation of the conversation that took place between the Prophet (Allah’s peace be upon him) and Allah during the Heavenly Ascent.

Prophet (Allah’s peace be upon him): “All greetings, blessings, and good acts are for Allah.”

Allah: “Peace is upon you oh Prophet, and the Mercy, and the Blessings of Allah.”

“Peace be with us and unto the righteous servants of Allah. I bear witness that there is no deity except Allah.”

“And I bear witness that Muhammad is His servant and messenger.”

On the other hand, neglecting the salat is key to hell. Qur’an says, “Woe to the worshippers who are negligent in their salat.” Hadith says: “Salat stands between man and unbelief.” Another hadith says: “Salat is the pillar of religion. Whoever destroys it has destroyed the religion.” Another hadith informs us that salat is the first item about which one will be questioned after death. The person who succeeds in this test, will likely pass through the subsequent tests. The one who flunks this one has little chance of getting through the rest. Yet another hadith warns us that the person who neglects his salat has walked out of the protection of Allah. We can understand the enormity of missing just one salat on purpose from the hadith that says that such a person is like one who lost all his family and all his wealth!

In the presence of all the persuasion and all the admonition about salat in Qur’an and hadith, one wonders how could any sane believer be negligent in this matter. To a person who claims to be a believer yet does not offer his salat regularly five times a day, we must ask: What is your justification? The more one thinks about it the more he or she will realize that there is none. Absolutely none.

One cannot plead that he did not know about the obligation or its extraordinary importance. Even if an unfortunate Muslim were never to open the Qur’an or a hadith book in his life, he cannot not notice the call to salat that comes from every masjid throughout the world five times a day. It repeatedly reminds him: “Come to Salat. Come to Success.” The distribution of mosques in the world today is such that the call to salat can be heard round the clock in a never-ending stream as one moves around the globe. One can begin with Fajr adhan in Indonesia and follow it at small intervals in Malaysia, Bangladesh, India, Pakistan, Afghanistan, Iran, Iraq, Saudi Arabia and Egypt etc. etc. By that time Zuhr adhan has already started in Indonesia. Twenty-four hours later when the Muezzins of Indonesia are again calling out Fajr adhan, the Muezzins in Africa are calling out the adhan for Isha. How can one plead ignorance in the presence of this massive and continuous universal call?

One cannot plead that the obligation is too difficult or time consuming. While the obligation remains whether one is healthy or sick, and whether it is rain or shine, Shariah goes to great lengths to accommodate our circumstances. If you cannot stand, you can offer it sitting. Cannot sit? You can offer it lying down. Cannot move? Use whatever gestures are possible. Traveling? Just offer two units instead of four. Cannot figure out the direction of qibla? Use your best judgment. Can’t use water to purify yourself in preparation for salat? Perform dry ablution.

As people run out of excuses they sometimes try rationalizations. What good is salat if one’s mind wanders all over the place? Well our job is to try to concentrate not to achieve concentration. We are doing our job if we are simply making the effort. What good is salat if one is still involved in other sins, like the proverbial person who steals and prays? The simple answer is that our lives are combinations of good and evil. Our goal is to increase the good and reduce or eliminate the evil. And that won’t happen by putting the good on hold until we can get rid of the evil. It may also be helpful to remember that the greatest theft is that of salat itself.