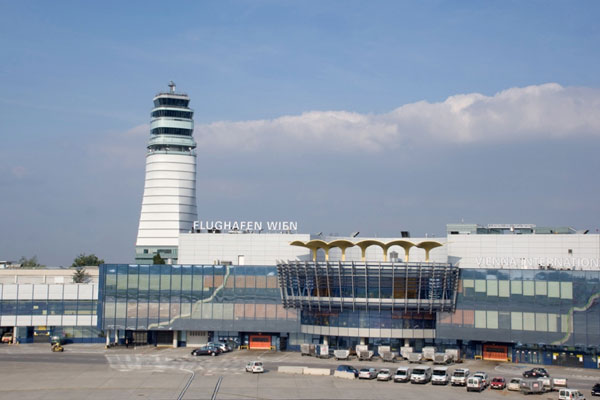 International Airport at Vienna in Austria

By: Joseph Nasr and Sabine Siebold Reuters via MuslimVillage

BERLIN (Reuters) – German police have arrested an army officer whom they described as having xenophobic views and another man who was found with explosives on suspicion they were planning to attack an as-yet unidentified target, prosecutors said on Thursday.

The prosecutor’s office in the city of Frankfurt said the 28-year-old lieutenant, a German citizen who had falsely registered as a Syrian refugee, was arrested on Wednesday in Bavaria in Germany’s southwest.

He serves with a German army brigade stationed in the French town of Illkirch, south of Strasbourg.

Prosecutors said a 24-year-old student from Offenbach, east of Frankfurt, who also appeared to hold anti-foreigner views, was detained after explosives were found in his possession. Neither was named.

“We know from various voice messages that both of the accused harbor xenophobic views,” prosecutor Nadja Niesen told a news conference in Frankfurt.

Asked if the two suspects had a precise target, she said: “This is still not known. We have to wait for further investigations. Concrete attack targets are not known.”

Police in Germany, France, and Austria searched 16 properties on Wednesday in connection with the investigation and seized mobile phones, laptops and documents.

The soldier had previously been detained in late January by Austrian authorities on suspicion of having hidden an illegal gun in a bathroom at Vienna’s main Schwechat airport.

“Based on the current investigation the prosecutor’s office believes, or has at least suspicions, that the accused soldier had possibly planned to carry out a severe act of violence in terms of an attack with the weapon stored in Vienna,” prosecutor  Niesen said.

An investigation launched in February showed the soldier had used a fake identity to register as a Syrian refugee in Giessen, near Frankfurt, in January 2016, even though he speaks no Arabic and does not come from a migrant background.

“I can’t say why this was not noticed,” said Niesen, describing the incident as very unusual.

The student had known that the soldier had used a false identity to register as an asylum seeker, she said.

The soldier moved to Bavaria, where he applied for asylum and moved into a shelter for migrants. He started receiving welfare support in January, the prosecutor’s office said.