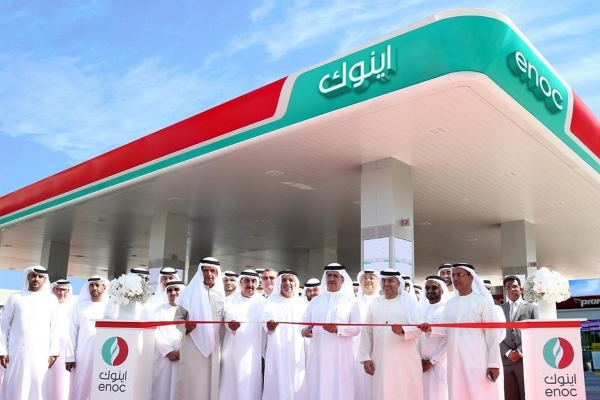 DUBAI: When you’re in the business of selling petrol, why use solar power at all?

The newly-opened service station on Shaikh Zayed Road near the twin Internet-Media City is covered with solar panels that can generate up to 120 kilowatt hours.

Enoc, a government-owned oil retailer, claims the capacity is about 30 percent more energy than the station needs, so the excess power is directed back into the city’s power grid.

The UAE, the fourth-biggest oil producer among Opec members, has made a relentless push to turn itself into a hub for renewable energy.

Enoc also uses a system to collect harmful vapours released from fuels, as well as solar lights, water recycling and other “green” features in its other fuel pumps stations.

The company has over 30 subsidiaries and employs more than 6,000 employees. While a petrol station costs about Dh18 million to build, the solar or other clean-technology gear could raise the tab by 20 per cent.

At present, the UAE’s rising number of owners of electric vehicles may have a hard time finding charging stations — but the dire situation may not be there for long: more and more charging stations are coming up, including those located in at least seven at Enoc and Eppco petrol stations.

Dubai’s Roads and Transport Authority will also soon roll out at least 200 electric-powered Tesla models as taxis in Dubai — ramping up the need for more fast-charging stations.

The new Enoc station on Shaikh Zayed Road is not the world’s first or bigger solar-powered fuel pump. The largest solar power unit in Central Ohio, US, is now atop a canopy at a BP gas station.