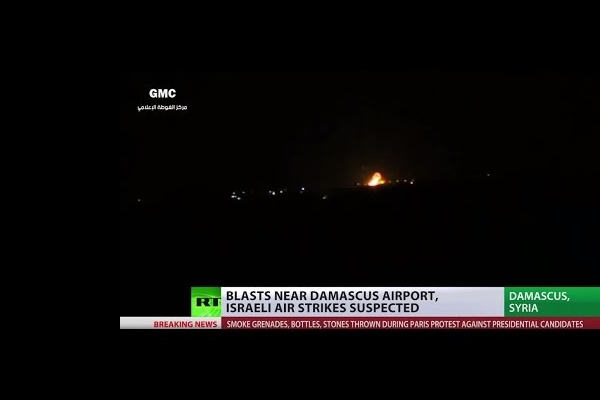 The Russian government has called on Israel and other countries to avoid any actions that may escalate tension in Syria, after Israel conducted airstrikes Thursday against an arms supply hub near Damascus International Airport.

“All countries need to need to refrain from any kind of actions that lead to an increase in tension in this already restive region,” Kremlin spokesman Dmitry Peskov told reporters in Moscow.

The arms hub is operated by the Lebanese group Hezbollah. Syrian rebel and regional intelligence sources said the strikes targeted weapons that were shipped from Iran on military and commercial cargo planes.

Throughout the Syrian war, which began in March 2011, Israel has made it clear it would not allow shipments of weapons from Iran to Hezbollah units fighting in Syria. Israeli forces have on multiple occasions used airstrikes or other attacks to stop such moves, with the military often declining to confirm it was responsible for the strikes. Hezbollah and Israel fought each other in the 2006 Lebanon War.

Hezbollah fighters have openly fought in Syria on behalf of President Bashar al-Assad since 2013.