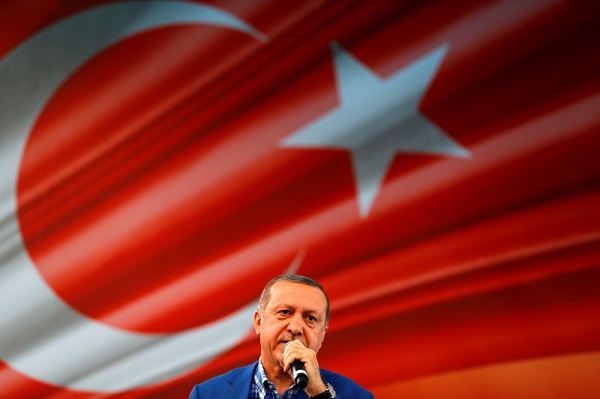 With 99 percent of the ballots counted, official Turkish media placed the “yes” vote at more than 51 percent, and the “no” vote at just under 49 percent. The head of Turkey’s electoral board later confirmed those results and said official tallies would be released within the next 12 days.

Erdogan told cheering supporters outside his official residence in Istanbul that the “yes” camp had secured 25 million votes – 1.3 million more than those cast by opponents of the sweeping changes. He also said the referendum had ended Turkey’s decades-long history of military intervention in government.

“For the first time in the history of the republic, we are changing our ruling system through civil politics,” he said in a brief address.

The yes vote means the Turkish parliament will be largely sidelined. The prime minister and Cabinet will be abolished, and ministers will be directly appointed by the president and accountable to him. The president also will set the budget.

The constitutional amendments also end the official neutrality of the president, allowing him to lead a political party. The president will have the power to dissolve parliament and declare a state of emergency, while enjoying enhanced powers to appoint judges to the high court and constitutional court.

The referendum has divided the nation, with both supporters and opponents arguing that the future of the country is at stake.“I voted no,” said one man in the Kadikoy district of Istanbul, where voting was brisk earlier Sunday. “There is no such constitution in the world like the one they present to us. It is not republic, it is not democracy, it is nothing. All the power is united in one person. Let’s assume this president is a good person, but what about the next one? Anyone can use this power in a very bad way.”

The Istanbul Kadikoy district is a traditional stronghold of opponents of Erdogan, who has been in the forefront of campaigning for the change. “I voted for our future. I don’t want a one-man regime,” another woman said. “Whether it is functioning well or not, we at least have a separate legislative, judiciary and executive powers. I want this system to continue.”

But Erdogan supporters were enthusiastic about the proposed constitutional changes. “I voted yes, yes! For the benefit to my country,” one voter said.

Erdogan insists the reforms will create a fast and efficient system of governance that will allow Turkey to face the challenges of fighting terror and the slowing economy.

Erdogan cast his vote late in the morning amid heavy security, including police snipers on surrounding buildings in Istanbul’s Uskudar district. Speaking to reporters, he said he expected a high turnout in support of the referendum. “I believe that our people will decide for a faster development and even a leap forward. I believe that my people will walk toward the future by making their decision,” he said.

Kemal Kilicdaroglu, head of the main opposition Republican People’s Party and leader of the No campaign, stressed the importance of the vote in remarks to supporters and TV cameramen. “We are voting for Turkey’s destiny,” he declared.

Critics argue the constitutional reforms would usher in an elected dictatorship.

“A one-man regime,” is how Kemal Kılıçdaroğlu , leader of the main opposition Republican People’s Party, described the proposed changes at a rally Saturday in the capital, Ankara, saying the country was in danger. “We are putting 80 million [people] on a bus with no brakes,” he added.

The referendum campaign has added to the deep polarization already plaguing Turkey. Concerns have been expressed that division could spill over into violence after the result. Ahead of the vote, both Erdogan and Kılıçdaroğlu called on their supporters to respect the result and their opponents.

The narrow margin of victory was expected to attract scrutiny to the conduct of the balloting. Turkey has a long tradition of fair voting, but ‘no’ campaigners had voiced concern that some of their voting observers have been excluded by authorities.

The OSCE, which is monitoring the vote, said it was closely following up those concerns. In its interim report last week it expressed concerns over reports of intimidation of the ‘no’ campaigners and the lack of fair access to the media.