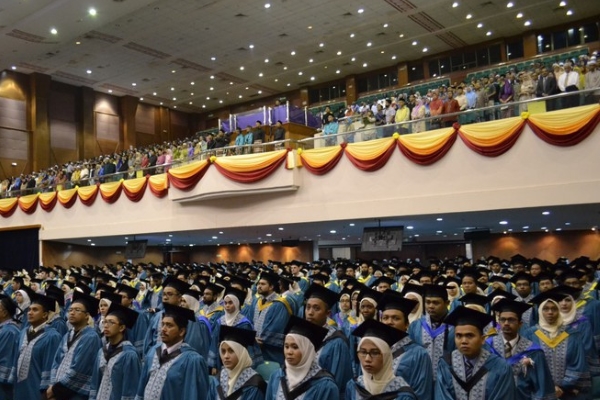 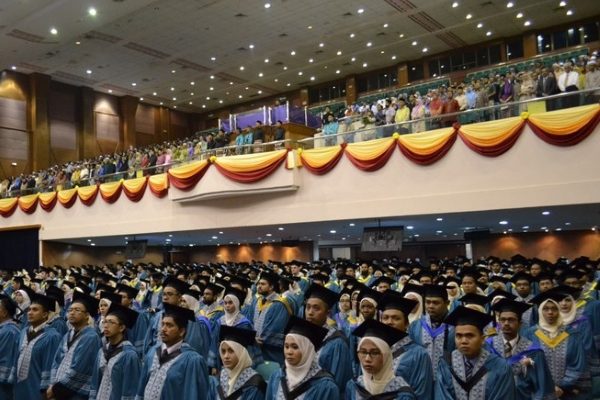 Muslims are expected to make up more than a quarter of the world’s population by 2030. As their numbers grow, so will the global demand for Islamic products and services.

The Muslim consumer market is huge and relatively under-served in the conventional marketplace, but world economies are fast joining the rush for a slice of the pie in this lucrative multitrillion-dollar industry. Quartz reports the global Islamic market in 2013 was already worth a staggering US$3.6 trillion; come 2020, that figure is expected to balloon to over US$5 trillion.

For the young and uninitiated, this inevitably means one thing: opportunities abound as the need for more trained experts in anything Islam-approved or “halal” will experience stark growth in the coming years.

No country is more ready than Malaysia to supply the manpower for this through its universities.

Halal is an Arabic word that means “permissible” – a halal product or service is thus one that is done in line with Islamic law.

For decades, Malaysia has been a pioneer in this line of business, building a halal component for each level of the supply chain and coming up with Shariah-compliant products for almost everything, from food items to even toiletries such as toothpaste.

These goods and services were then exported to both the Muslim and increasingly, the non-Muslim world.

Now, there is a new export to add to this list: graduates.

“The halal market is a huge market, huge industry,” said Dr Mohamad Aizat Jamaludin of the International Islamic University of Malaysia (IIUM) to Study International during the Malaysia International Halal Showcase in Kuala Lumpur on Wednesday.

The assistant professor is part of a faculty that is training specialists both on and off campus on Shariah law and the halal industry skills related to it.

On its campus, situated north of Malaysia’s capital city, Dr Aizat and his colleagues teach students from countries such as South Korea, China and Egypt.

Outside university grounds, Dr Aizat and his team from the school’s International Institute for Halal Research and Training (Inhart) are also bringing their expertise in areas such as “halal auditing”, to countries like South Korea, and soon, to China and Canada.

And the knowledge exchange does not stop there.

IIUM students also have plans to bring their knowledge gained here back to their home states.

One of them is Park Mingyu, who hopes to use what he learned in Malaysia to build a more sustainable and efficient halal industry system back home in South Korea.

According to the Sun Moon University alum, the halal industry in South Korea is solely focused on profit, instead of one that is putting in place a “halal ecosystem” based on policies.

“I hope to foster sustainability and efficiency … especially by bringing Malaysian cases into the Korean environment,” Park said.

Abderrahim Chennin, on the other hand, wants to take up one of Inhart’s postgraduate programmes, so he can return to Algeria to set up a research group that fuses Shariah law with tourism marketing.

According to the PhD candidate, there is a gap between non-Muslim countries and the growing group of middle-class Muslims eager and able to travel to these countries, hindered by the lack of “Muslim-friendly” services and facilities in those countries.

“There are lots of Muslims and they want to travel around the world. For example, I want to go to Paris but I am a Muslim, I am a preserved person, so I want to go to a suitable, halal place,” he told Study International.

While it’s true money is a big driving force behind these students’ and universities’ rush to tap this booming global market, Abderrahim has a more gracious goal, one that is far more ambitious than simply achieving financial freedom – he wants to remove the wedge between the Muslim and non-Muslim worlds.

“It is an opportunity to bring the world closer”.