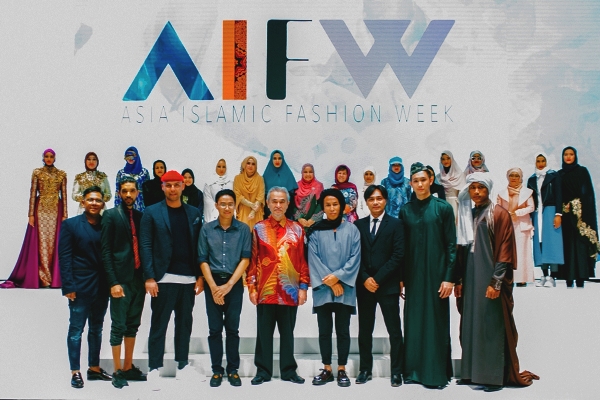 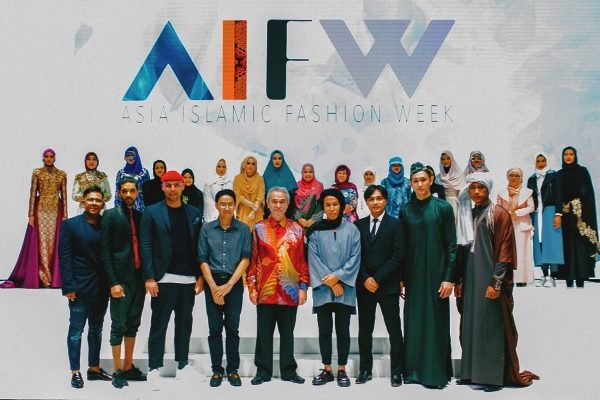 JIMMY CHOO may be Malaysia’s most famous fashion export, but he may soon be dethroned by a new wave of Muslim millennials.

Organisers adopted the theme of “Establishing Asia as a Global Centre for Islamic Fashion” – fitting, given in the demographically young, rapidly growing economies of the Asia-Pacific region, one in four people is Muslim.

Modest wear in the spotlight

Modest wear has emerged as a buzz-term in recent years, as Muslim consumers have sought clothing that is not only halal, but also stylish in a 21st-century context.

Islamic fashion is dictated by the holy Quran, which directs adherents to conceal nakedness and beautify one’s appearance. Haram materials considered dirty, such as pig’s leather, are forbidden.

Al-‘Araf Verse 26 reads “O children of Adam, We have indeed sent down to you clothing to cover your shame, and [clothing] for beauty; and clothing that guards against evil – that is the best.”

Traditional Arab-influenced attire and batik designs from the Malay archipelago, as well as more casual and contemporary styles aimed at young Muslims were all on show at AIFW2017.

While the event drew big names from global Islamic fashion, it also provided a launchpad for many fashion startups from Southeast Asia. Local label Insaniyah – its name taken from the Malay and Arabic word insan meaning human – was one of them.

Its founder Puteri Sarah Safiah told Asian Correspondent while they are initially looking at selling their Malaysian-made garments in Indonesia and Brunei, their aspirations are global because “modest fashion is very universal.”

One university from Malaysia’s east coast was displaying batik designs made by prisoners, who the school helps equip with traditional textiles skills.

Whilst most labels at AIFW target their products at female consumers, the presence of several men’s brands suggests a promising market in Muslim male fashion, too.

“He would always turn up to Friday prayer wearing different outfits, post them on Instagram and his followers would ask, ‘where did you get that from?” Izzati said. “That’s how he got the idea [to start his own brand].”

While Izzati says, “usually it’s the wife who chooses” which colour the family will wear to mosque, some men are becoming discerning consumers of Islamic fashion.

An American entrepreneur based between Los Angeles, Milan and Paris, Mohamad Geraldez got his big break in the business world selling silk-free neck ties. According to Islam, men are forbidden from wearing silk or gold.

According to Mohamad, his “vegan” silk-free ties also appealed to Hindus, whose religion dictates they should minimise harm to other life forms. It also gained the support of global animal rights NGO People for the Ethical Treatment of Animals (PETA).

Breaking into markets beyond only Muslim consumers, “That was my first W [win],” he said.

A banner from the Malaysian government that read “Grow Your Community #BuyLocal” may have hung near the entrance at AIFW, but Islamic fashion has become a truly global phenomenon.

According to Thomson Reuters’ 2016/17 State of the Global Islamic Economy Report, Muslim consumer spending on clothing was estimated at US$243 billion in 2015, or 11 percent of the global total on apparel.

While Indonesia is the largest Muslim-majority nation on earth, its spending on Islamic fashion is dwarfed by wealthier markets in Turkey and the United Arab Emirates.

But as the Asian middle class grows exponentially, as does the Islamic faith, this seems likely to change.

According to the Pew Research Center, more than 60 percent of the world’s Muslims live in the Asia-Pacific region – a far greater number than in the Middle East and North Africa.

What’s more, the world’s Muslims are young. The median age of world Muslims in 2010 was 23.

“In today’s world, Muslims have the largest population of millennials, and they’re demanding to be more and more stylish,” Islamic Fashion and Design Council chairman Alia Khan told CBS News last year. Alia was the International Adviser for AIFW 2017.

“No one has gone unscathed with the selfie thing. That’s very much a part of the lifestyle today.”

With Southeast Asian online fashion giant Zalora as a partner of AIFW, it’s clear that business understands this.

Nike recently announced its first “Pro Hijab” for Muslim athletes to be released to the market by early 2018. One woman even intends to climb Mount Everest donning the Nike hijab.

But corporate brands’ movement into the Muslim market has not been without criticism.

Social commentator Aaisha Dadi Patel wrote for Vox recently “Nike’s ‘hijab’ is not revolutionary, and we shouldn’t be giving them so much credit. Nike is merely using their supposed support for Muslim women to market their products.”

In a post-9/11 world, how Muslims choose to dress has become an oft-debated topic in Western countries.

Back in 2004, Australian manufacturer Aheda Zanetti created the burkini – a modest form of swimwear seen by many to have empowered Muslim women by allowing them to swim in public comfortably. The burkini has caused significant controversy in Europe, however, including in France where various jurisdictions have attempted to outlaw the garment.

Modest wear takes on the world

Discriminatory laws introduced in Europe won’t stop the rapid growth of Muslim adherents, nor their appetite for Islamic fashion.

Islam is the fastest growing religion on the planet. Pew Research estimates by 2050, the number of Muslims worldwide will grow to 2.76 billion, or 29.7 percent of the world’s population.

“We consider Islamic fashion just like every other fashion,” Jamel said. “It’s just for anyone that likes our style.”